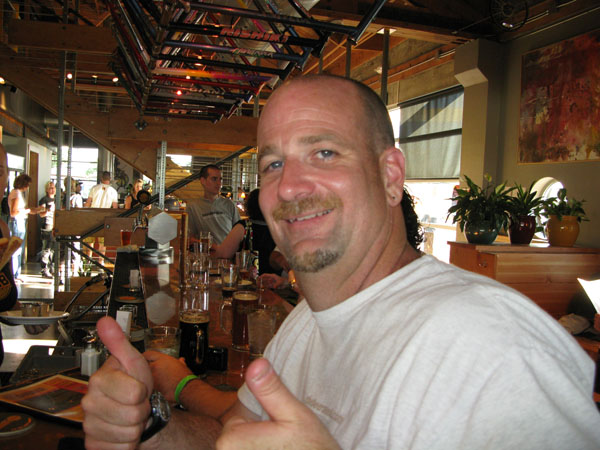 I am proud to say that I joined the 400 club last night with Hopworks Urban Brewery being the milestone brewery added to my tally. A couple of friends joined us as we enjoyed the HUB beers. And we even ran into our father and son friends, Ben and Matt, who we met last year at the festival.

But I am jumping ahead, as I need to update our travels with our arrival in Portland on Wednesday.

We left Astoria Wednesday morning, but not without running into Chris from Fort George. Having missed him the night before, it was good to run into Chris, even if it was just to say ‘Hi’. 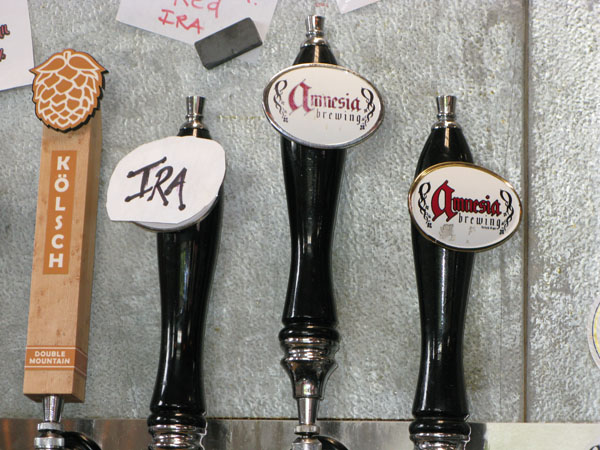 Our first stop in Portland was Alameda Brewhouse, located in the Beaumont Village area of Northeast Portland. Here we enjoyed lunch and a sampler set as well as a conversation with the owner Matt Schumacher. The highlight beer for us was the lager.  This sounds kind of boring but in the current world of hops and barrels, a nice crisp lager is a welcome change.

Then, we rambled down the road to Amnesia Brewing, located in what looks like an old garage. Good beer, good sausages and a great neighborhood location are what stood out for us. 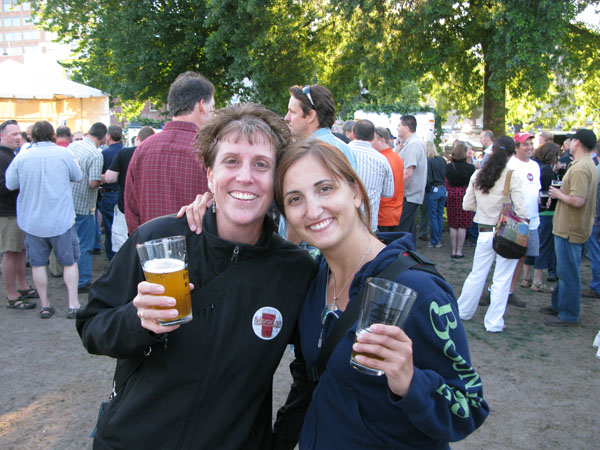 But with the preliminaries over, it was time for the Beer Festival events to begin.

The major event for Wednesday was the Brewers Guild Dinner. The kickoff to the Oregon Brewers Festival, the dinner features some beers not found at the festival in a relaxed atmosphere. This gives you time to hook up with friends and try to figure out when to hang out during the rest of the week.

The beers were weighed heavily towards Belgians, barrels  and sours, but I was able to get Super Dog from Lucky Labrador again. 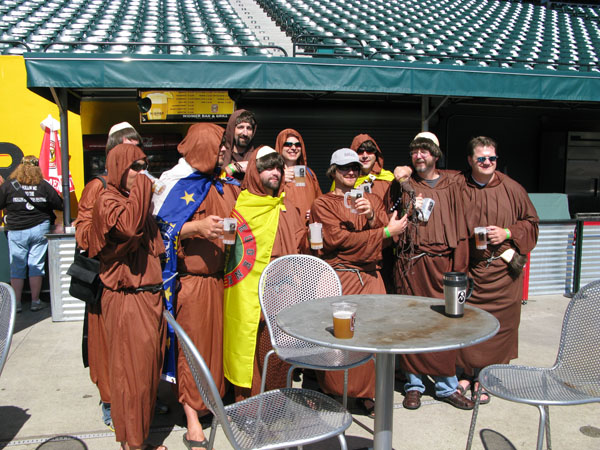 We were up bright and early on Thursday for the Brunch hosted this year by Widmer at PGE Ballpark. Not to criticize the host location of last year, but this year’s venue was much more enjoyable. It was a beautiful morning and to be able to relax out in the sun was great. It did wonders for rejuvenating our tired bodies.

Then, of course, there was the parade. I was just jealous that I wasn’t able to be a monk.

The finale of our festival on Thursday was the media tasting. Last year, they walked us around the festival and got us drunk. This year we got to sit in a tent and the beer was brought to us. Despite the change, the same result happened. 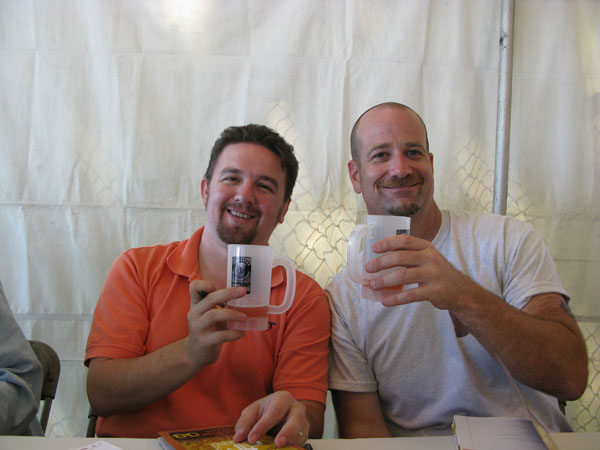 We sampled 17 beers and many were on my list of beers I wanted to try. For me, the standout was Ginger Ale from Caldera because I really like ginger. Other beers of interest were the Porter from Bell’s, Love Fish Abbey Dubbel from Flying Fish and the Calypso Ale from Roots; a beer made with apricots and scotch bonnet peppers.

We did spend a few more hours at the festival on Thursday mainly because Thursday is the most relaxed day and the toilets are still clean.

And we ended our day with the 400 milestone.

Today brought more exciting things, including our volunteer shift, but Merideth will tell you about that later.