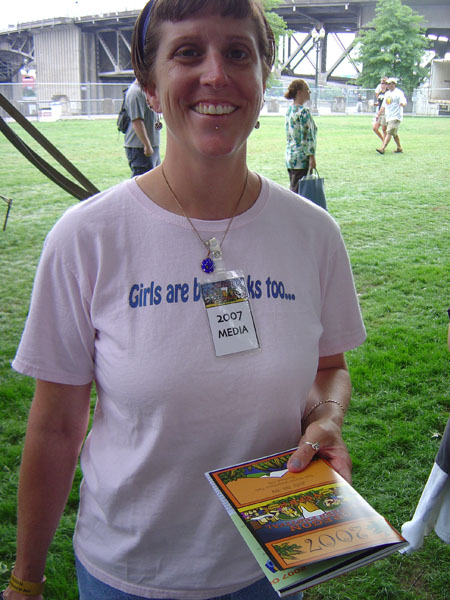 It was one year ago at the Oregon Brewers Festival that Chris and I got our first taste of being part of the media scene. We felt like we didn’t really belong and it was all so exciting.  We kept thinking that we would be exposed any minute as the fakes we were and we would be humiliatingly stripped of our media badges. How things have changed for us over the last year! I still sometimes feel like a poser, but overall, I think we feel a lot more comfortable. And it’s still very exciting for us.

Tonight, the festivities begin with the Brewers Guild Dinner and we will be in a bit of work mode. Of course I use the term ‘work’ loosely. We’ll be drinking beer.

Not only is this trip the anniversary of our “coming out” as beer media, but we will also be hitting another important milestone. Chris and I will visit our 400th brewery. We began our countdown by driving the 2 hours to the Oregon coast and the quaint historical town of Astoria. 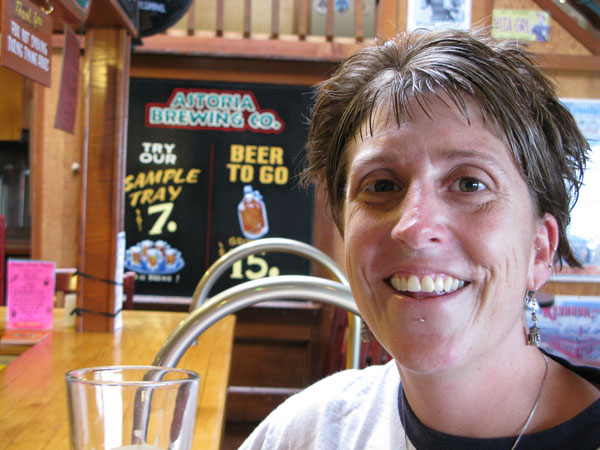 We went straight to The Wet Dog Cafe/Astoria Brewing Company for beer and lunch. We then walked the beaches of where the Columbia River meets the Pacific Ocean. It was beautiful and the force of the waters was surprisingly strong and loud. When I mean loud, I mean not only the water, but also the scream of the Caspian Terns. A sound that was kind of neat at the beginning became more tiresome as the day and night wore on. In a group, they sound like a cat fight or babies crying. Despite the call of the wild, we just enjoyed being in the fresh Oregon air.  A nice change from the Basin Complex fire induced smokey air of home. 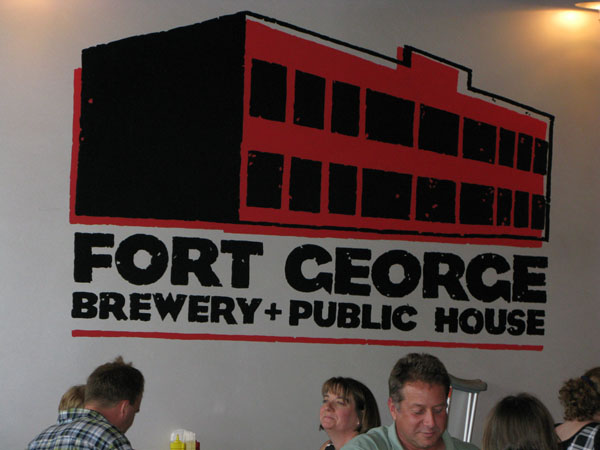 For dinner, we went to Fort George Brewing to drink beer (what else?) and to see Chris, the owner/brewer. We first met Chris and his beer earlier this year in Alaska and were looking forward to seeing him again. Unfortunately, he left the pub about 15 minutes before we arrived, but we were still able to enjoy a few jars of beer (yes, jars), tasty food, and a game of Scrabble.

One of the cool things about Fort George, besides the great beer, is that they serve everything in mason jars. Wine (what’s that?!) was served in small ones, beer in regular sized ones, and even the “growlers” were large jars. Very interesting and quite novel.

In preparation for the big days and nights coming up, we hit the bed early. Plus, Chris got up at 3am yesterday, so needless to say, he was a bit tired. Today, we head back to Portland and will be visiting Amnesia Brewing and Alameda Brew House before going to the brewers dinner tonight. Our count right now is Chris: 397, me: 396. We’ll keep you posted.