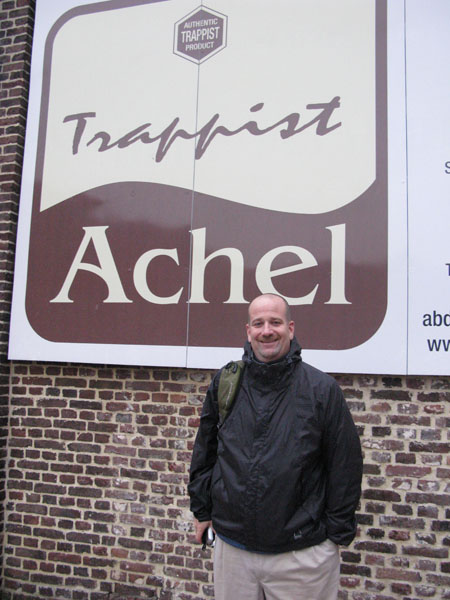 Friday we were finally ready to get down to the real reason for our visit to Belgium. Flogging Molly was headed back to the States and Ute back to Germany. So after burning the candles at both ends on the first two days, we finally had time for some serious beer work.

Leaving Amsterdam mid morning, we took the train to the Dutch/Belgian border and picked up a car. Once we had a vehicle, our destination was Kluis Achel, the newest of the Trappist breweries and also our first Trappist that we have ever visited.

It was actually somewhat hard to find. Merideth’s job as navigator is not always easy and this wasn’t the easiest job. By the way, it sucks being the driver, too. My idea is that we would skirt along the border, hang a right at Eindhoven and then we would be there. Well, the Eindhoven roads were a big construction zone and unlike Germany, the Netherlands didn’t list EVERY possible town that you could reach via each exit. But after some trial and a few errors, and through the constant drizzle of rain we did reach the abbey. 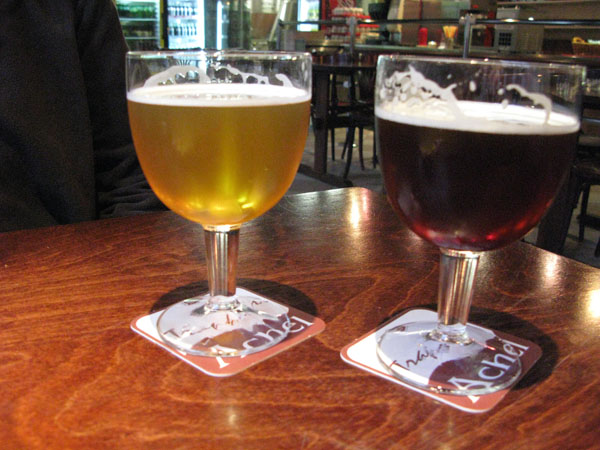 Haven been only around since 1999, the brewery and it’s adjoining tasting room/cafe has a quite a school cafeteria look and feel. You even pick up trays and go down a line of food to a cash register at the end. And being cold, rainy, early December, we were two of maybe ten people in this cavernous hall. And definitely the youngest.

But don’t let that fool you… there is still great Trappist beer to be had.

We tried both beers available, the Blonde and Bruin. They are really good beers; smooth, delicious and very good at disguising their ABV. But having them at the brewery gives them that transcendental quality. Add artisanal cheese and then the dessert that was basically a cinnamon bun on top of a custard tart… wow! 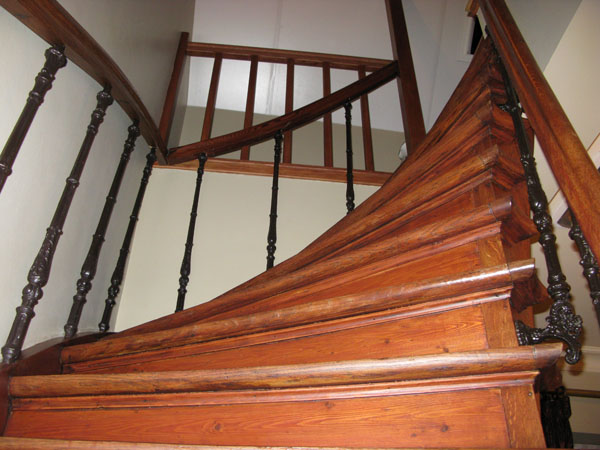 After two days of non-stop partying and the drive, we were pretty wiped out. Luckily, we were just staying a few kilometers down the road in Hamont. If you visit Achel and stay nearby, spend your night at Villa Christina in Hamont. The building is from the 1750s and has been transformed into a really nice Bed and Breakfast… probably the nicest we have ever stayed at. You do have to climb up an original set of steep stairs that I am sure would not pass any sort of safety inspection in this day and age.

To cap off our day, we found a local’s pub in Hamont right down the street from our B&B, the Hotel de Klok. And they had a great selection of Belgian beers plus good food. I don’t eat beef but they had a stew, Stoverij, that is made with beef marinaded in Belgian beer. I stepped outside my comfort zone and had it… it was amazingly delicious. There is nothing better than finishing off the day with great beer and food.

2 Replies to “Our First Trappist”