I think it is said that Ireland has two seasons; rain and no rain. During our time in County Cork, we got to experience both seasons compacted into two days. 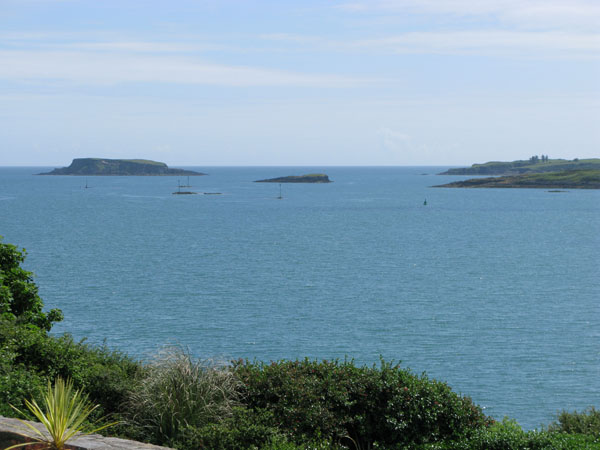 On Monday, we left the rugged west coast of Clare for the hopefully sunny environs of County Cork.  Our first destination was Glandore, a town in West Cork that we particularly enjoy. And sun was definitely needed because what we like to do is sit outside and enjoy a few beers.  Yes, it is possible to sit outside in Ireland and enjoy a beer.

The weather on the drive south was touch and go… light rain mixing with heavier rain, but mostly just clouds.

When we left Blarney – we made a quick stop at Blarney Castle – and started driving west, it was evident that our offering to St. Brigid was working; at least for this day. Clear blue skies could be seen in the distance and that was what awaited us in Glandore. 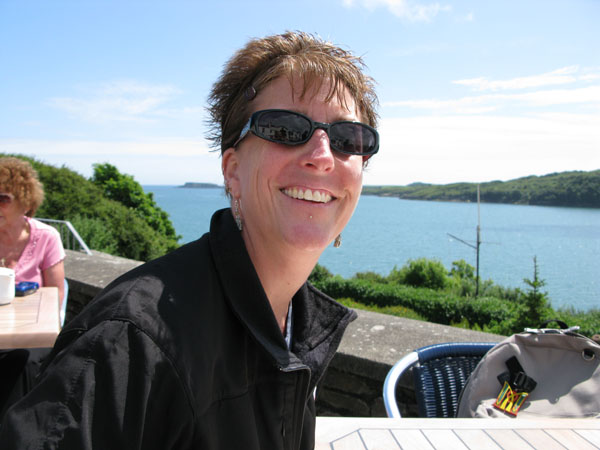 On the stretch of road overlooking the bay, there are two pubs with outdoor seating across the road. So, after 4+ hours of driving, we were able to enjoy a pleasant lunch and a couple of pints of beer.

And better yet, the Glandore Inn had the large bottles of Guinness, so I didn’t add to the nitro tally, which is already much bigger than I had considered before the trip.

After our lunch, we headed back east to Cork City, which was the main destination of our visit to this part of Ireland.

We had three tasks to complete in Cork City:

1. To revisit the Franciscan Well brewpub, which we last visited in 1999
2. Visit The Bierhaus, a beer bar in the city
3. Do the Beamish tour

Under still pleasant skies we accomplished #s 1 and 2 on the first evening. 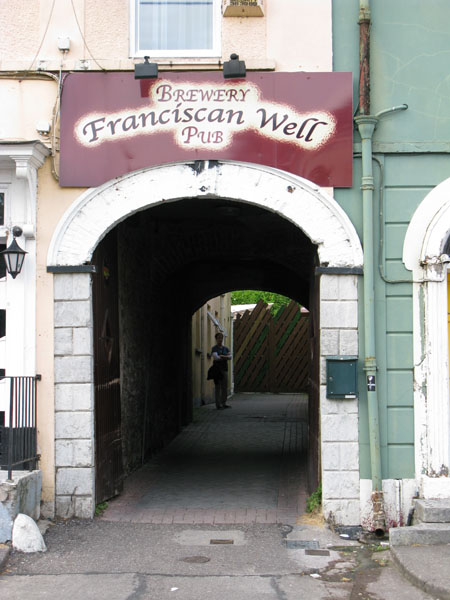 Franciscan Well is located on an alleyway along North Mall on the Lee River. The one and only time we visited this brewery was in 1999 and memories of that time, besides it being down an alley, are slim.

The bar area looked familiar, but there was also a very nice outdoor seating area that we don’t remember from nine years ago. Armed with our taster set, we found a nice quiet corner to relax.

We tried five of their beers, the highlight being the lager and the red. And as Merideth said, it was nice to drink something that wasn’t Guinness. You might think that is blasphemy for traveling in Ireland, but there are only so many pints of Guinness you can drink before you want some variety. 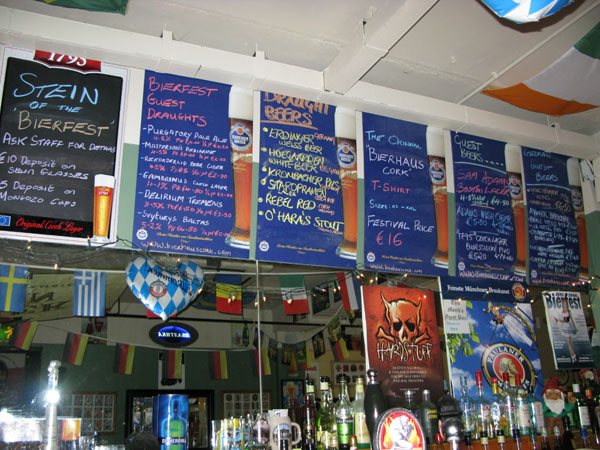 Located a few blocks down from Franciscan Well on Popes Quay is The Bierhaus. I was told by a member of the Irish Craft Brewer message board that this was a place we had to visit. And they were right.

The beer selection at The Bierhaus is world class by Irish standards and ‘really good’ to someone who lives in California. The best Irish craft beers are served along with all your favorite Belgian and continental beers. And if you have a hankering for a Sierra Nevada Pale Ale, you can get that too.

The Bierhaus will be celebrating their second anniversary in August and here’s to many more.

Tuesday, we got the other end of the weather spectrum…rain and lots of it. 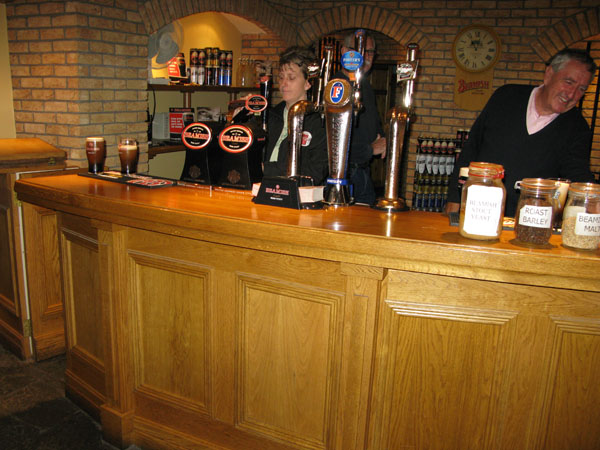 Our main task of this day was to do the Beamish tour. Well, they don’t offer a tour of the brewery for insurance reasons, but you do get to sit in their hospitality room and drink pints and watch videos. And the best thing, besides watching the health and safety video, is you get to pour your own beers.

We stuck to the Beamish beers. We could also try the beers they brew under license: Miller, Fosters and Carling, but why would we do that?

I tried the Red Ale – that is all I have to say about that – but the Beamish Stout is as enjoyable as a pint of Guinness. If I had to compare the two, I would say that Beamish has more of a toast flavor. 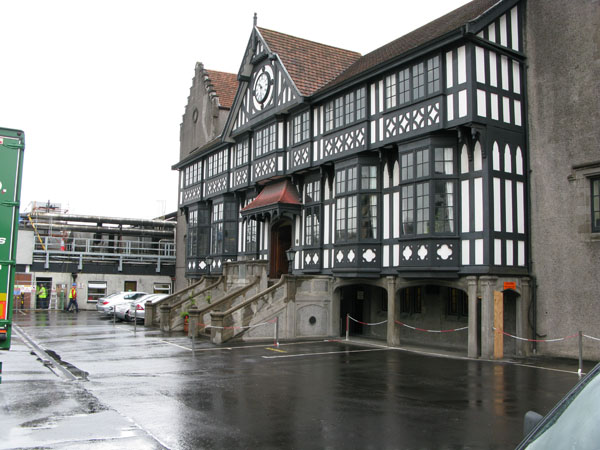 There has been a brewery on the Beamish site since the 1600s. But the Beamish Brewery, founded in 1792, might be approaching it’s last days. Recently, their parent company, Scottish and Newcastle was purchased and butchered by the two beer giants Heineken and Carlsberg. Heineken, which already owns Murphy’s in Cork, ended up with Beamish as well… maybe.

The Irish equivalent of the FTC is looking into the sale and is expected to rule in October. While Heineken has promised to continue brewing Beamish Stout, it is hard to believe that they would keep both breweries in Cork open.

After the tour, it rained cats and dogs and we ended up back at The Bierhaus. When you find a good thing, keep going back.

Nitro Challenge Update: Our visit to Cork was helpful in slowing down the early blistering pace. We are now up to 32 pints.

2 Replies to “Both Seasons in Two Days”