…well, it’s my birthday, too! And Fritz Maytag’s. And Donny Osmond’s. And my Facebook friend Craig Chan’s.

I must say that Tuesday was one of my all time best birthdays! I always try to keep in mind what a charmed and blessed life I live and Tuesday I had to keep pinching myself. 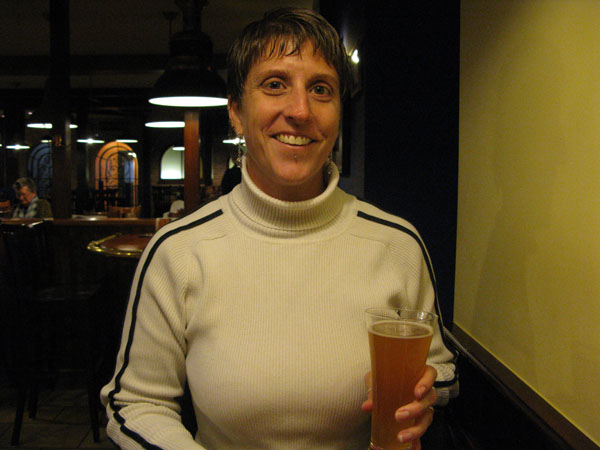 We started the day off with a drive out to Chimay in Scourmont. There is a town nearby called Chimay, but that’s not where the abbey, brewery, or the official tavern (Auberge de Poteaupré) is.

The highlight of the visit to Chimay was having the Spéciale Poteaupré. A 4.5% golden colored beer, it is served only and exclusively drawn from the cask at the Auberge de Poteaupré.

The weather on Tuesday became decidedly colder, which added to the fun the of day. By the time we finished our Chimay beer and cheese pairings, it was snowing. Very romantic and much better than rain. Although for Chris, driving in snow in a foreign country in a car that he isn’t used to probably is not even remotely romantic. 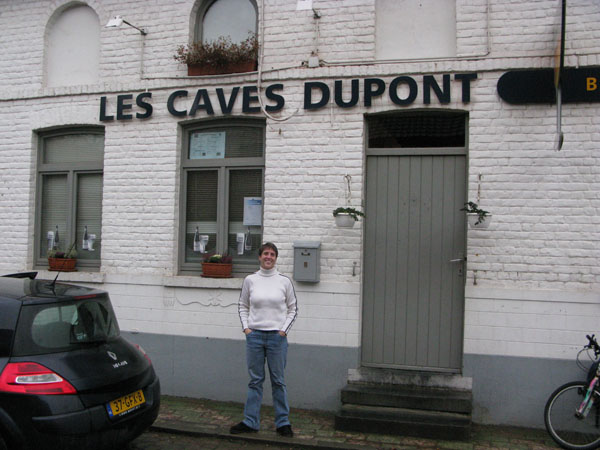 We then made a quick stop to the farm brewery of Dupont. We went to their official tavern across the street, which was a little awkward. Clearly we were from out of town. The local farmer guy didn’t speak English and we didn’t speak French. He got a kick out of us doing a tad bit of filming and  I think he offered to film/take a picture of us. I somewhat mistook this and decided to get him in the video. In a rare moment of forwardness,  I went up to him with my beer, said “cheers!” and toasted him. I’m not sure he knew what hit him. I haven’t seen the video, but Chris said that it is kind of out of place, so probably won’t make the final cut. I tried to give Farmer Henri his 15 minutes, but Chris is the editor. I’m just the on air talent.

From there we moved on to Brasserie Dubuisson and I enjoyed my Cuvee de Trolls. For a quick moment we thought they had ‘Prestige’ in bottles. According to our bible of the trip (Good Beer Guide to Belgium), Prestige is an oak aged version of Dubuisson’s Ambrée and apparently somewhat rare. Our excitement was short lived, however, as they actually did not have it. But this disappointment in no way ruined the visit. 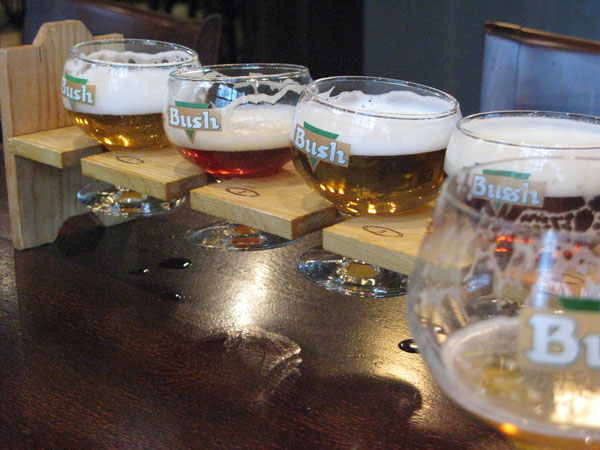 Despite my limited French, I read on the menu that if you go there on your birthday, you get a free taster set. I pulled out my passport and “voila!”, I had a free taster set! I thought the server would act somewhat surprised and at least tell me “Happy Birthday”, but he didn’t. I was tickled, but admit that it was delivered somewhat unceremoniously.

The final leg of our day was getting to Bruges. We didn’t get lost per se, but we were both a bit tired and it was dark. We eventually got to our hotel, Hotel Erasmus, a beer focused accomodation, and regrouped. Then it was off to the world famous beer cafe ‘t Brugs Beertje, the Little Bruges Bear. Amazing is all I can say! 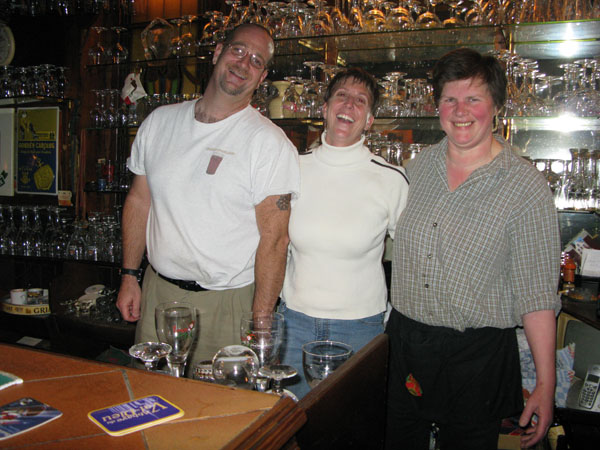 The beer list was overwhelming, but the owner Daisy was a fantastic help in recommending beers. Again, in a moment of forwardness not in my usual nature, I told her it was my birthday and asked if I could take a picture with her behind the bar. She agreed because it was my birthday. Another patron got into the act and we got a picture of both Chris and I with Daisy, as well. As we were leaving, she gave me a stuffed little brown bear. A beer lover’s birthday dream!

Needless to say, I slept very well that night. Happy birthday to me!

4 Replies to “You Say It’s Your Birthday…”