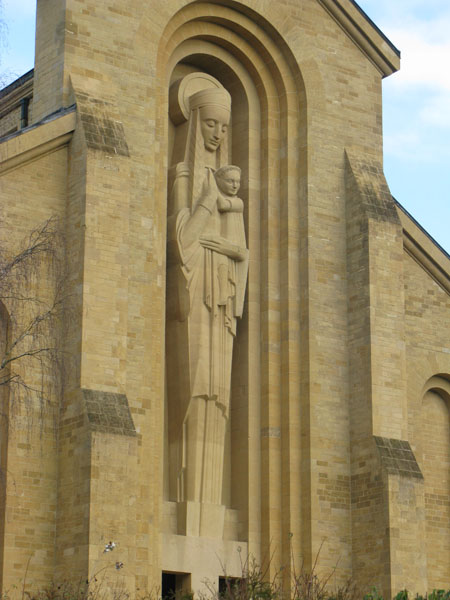 Our days have definitely slowed down, but have been very exciting! After filling up on a great breakfast at our hotel, we were ready to face our Sunday. The biggest goal for the day was to visit Orval, our third Trappist. Chris was a little unsure of the hours and wondered if they would even be open at all. So with some apprehension and crossed fingers we set off on the half hour drive. Lucky for us, the heavens were on our side. The official tavern next to the abbey was open, the abbey grounds were open to visitors, and to top it off, the sun was so bright it hurt my eyes. It was the first time we had seen the sun on the whole trip.

We have been to numerous abbeys, churches, cathedrals, etc. and rarely go to them anymore because they are all beautiful and impressive, but one starts to look like all the others. However, nothing could have prepared us for l’Abbaye Notre Dame d’Orval. Well, except for the pictures in our beer books, but pictures barely do the abbey justice.

The Orval abbey was truly a sight to behold. As we turned down the road, the abbey loomed in the valley, seeming to reach the heavens themselves. As we got closer, we could make out the huge Virgin Mary relief looking benevolently upon us. To our right was an equally large Jesus on the cross relief. The sight of them either fills one with an overwhelming sense of spirituality or PTSD symptoms from Catholic school, depending on your point of view. 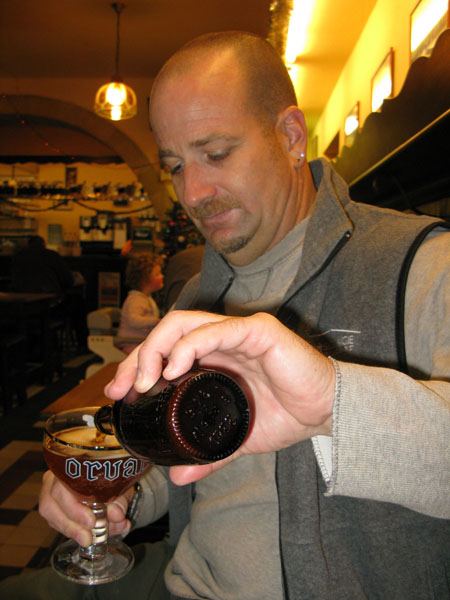 We were just relieved that the tavern, A l’Ange Gardien, was open. I suggested that we go in to have a beer before they had a chance to close. Sounds paranoid, I know, but it’s from past experience that I have such concerns. We started off with Petit Orval. A 3.2% diluted version of the regular Orval, Petit Orval is found only at the abbey and is created especially for the brothers. Using my usual descriptor, it was ‘good’. One could even say it was a true session beer from God.

Only after we secured Orval on our brewery list did we venture over to the abbey. The ruins of the old abbey were open to visitors, but the main part of the newer active abbey was not. The visitor center/gift shop did have signs telling where to enquire about personal retreats and prayer services with the brothers. I thought it too extreme a method to see rest of the property. 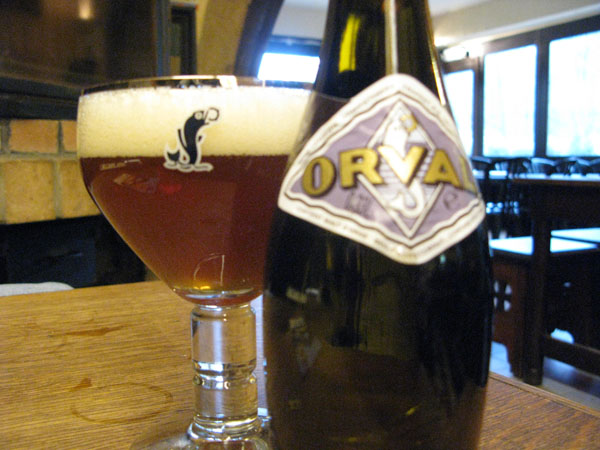 We did get to see Mathilde’s Fountain, the water of which comes from the same source as that used in both the beer and cheese. The story goes that Mathilde, a member of royalty, was looking in the pond and her wedding ring fell into the water. She reportedly prayed at the abbey for its return. Within days, a fish appeared at the surface with her ring in its mouth. Hence, Orval’s logo of a fish with a ring in its mouth. In good royal fashion, she donated a lot of money to the abbey after that.

We returned to the tavern for more beer and food before moving on. When we walked back in, a couple who were there on our first pass noticed that we came back and got a good chuckle out of our return for seconds.

Caracole was another brewery we wanted to visit. The original plan had been to visit on Saturday, but we didn’t make it. After Orval, we decided to drive another half hour to see if it was open. Much to our disappointment (but not surprise), it was closed. The only day it is open to the public is Saturdays 2pm-7pm, the time we were originally going to be there. We missed our chance. 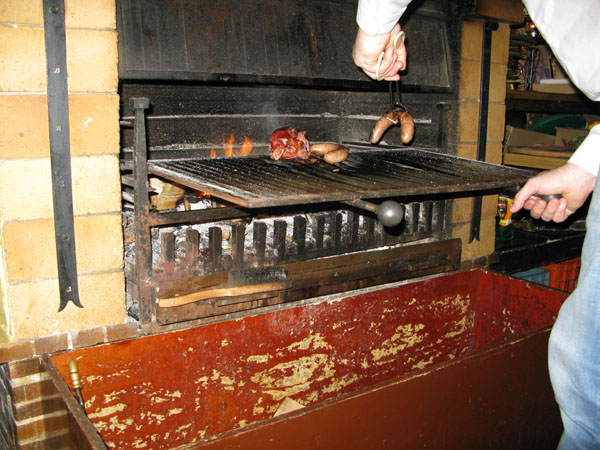 We drove further on to Le Pichet in the town of Hastiere. Mentioned in the Good Beer Guide to Belgium, its claim to fame is not only a fantastic beer list, but also that the meats are cooked on an open wood fire. They didn’t speak English and our French pronunciation leaves a lot to be desired, but we pointed and mangled the language. Then we watched our jambonneau and sauciss cook on the grill as we drank Achel and Rodenbach. We were kept further occupied by a scruffy Benji-type dog that begged at our table and nipped at the local children as they harassed him. From what we can gather, his name was “Puppy”.

The problem with beer travel this time of year is that it gets dark very early. We decided to call it a night and drive the 40 minutes back to our hotel in the dark. Despite the day not going exactly according to plan, we were happy we made the leap of faith and kept driving. The beer God was definitely shining upon us, and the resulting adventure was well worth it. 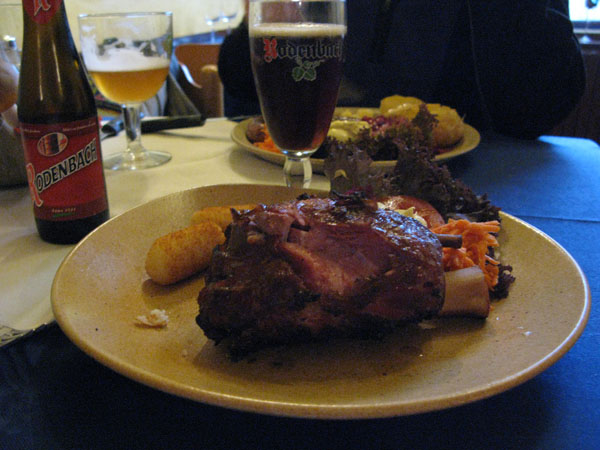