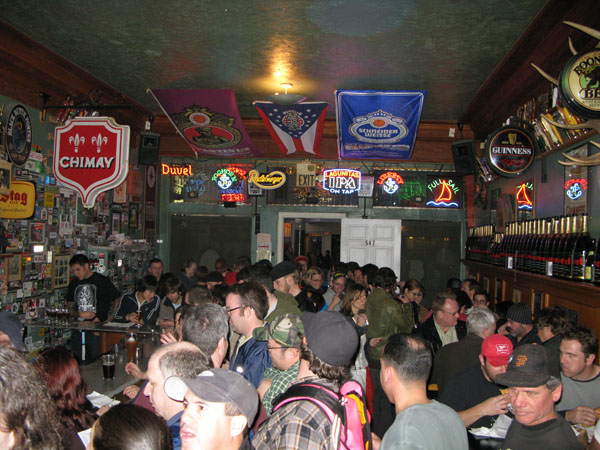 Yesterday was the barley wine festival at Toronado and we will be the first to admit that we didn’t really know what to expect. The only pre-festival information we received was that you needed to order the beer by number and size.

We arranged to meet Chris Devlin there at 11am and after a nice 40 minute walk from downtown we arrived to what can only be described as controlled bedlam.

People who are way more into barley wine than ourselves line up starting around 8am and to get in around 10:30am. Toronado had 55 beers available to sample and for the devoted, the first task after securing a table was to get samples of all the beers. One group we spoke to said that it took them about an hour and a half to gather the beer. And they seemed pretty pleased that it only took them that long. It is only after all the beers are purchased and placed in their proper position on the numbered mat -the numbers corresponding to a number on a tasting sheet – can the sampling begin. 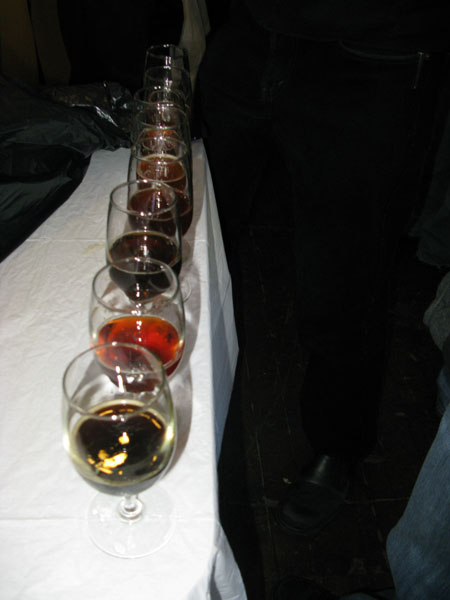 The three of us, who I would describe as being of more a sound mind, decided to get a few samples and take in the scene. So, we ordered the eight samples from the back bar which included the eventual third place entry from Firestone Walker. For those interested, it was 1. Lagunitas 2. Stone 3. Firestone Walker

Besides the packed conditions and noise, the other reason we couldn’t understand the appeal of spending hours sampling barley wine was that it was an incredibly sunny and beautiful February day with the mercury pushing 70. We decided instead of spending hours inside, we would get out and walk to Magnolia then on to the new Wunder Brewery and eventually ending up out at Beach Chalet at Ocean Beach. 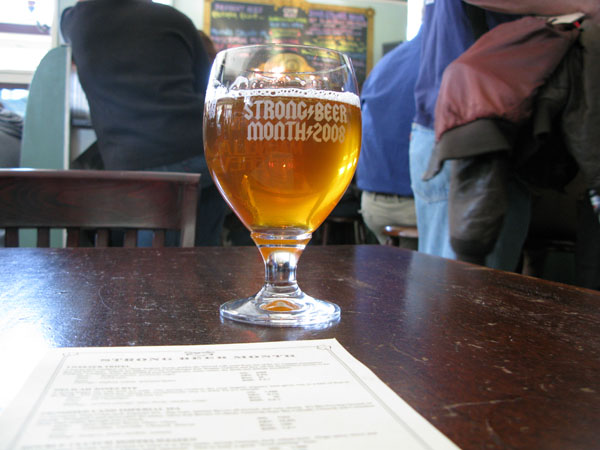 At Magnolia, Chris had his third of the strong beer month brews Promised Land Imperial IPA. While not as good as 21st Amendment’s Hop Crisis, Promised Land was a hop bomb with strong marijuana flavors. I stuck with Kolsch. Although I appreciated that they served it in real kolsch glasses, I asked to get it in a pint glass. The request was denied.

After Magnolia, we continued our walk and made it to Wunder Beer, a new entry in the San Francisco brewery scene. Nothing too special, but most beers were going to taste a bit weak after all the barley wine and strong beers. They did have a chile beer, made with habaneros. Thin at the front, the burning at the back of your throat at the finish, reminded you that it was, in fact, a chile beer.

On to Beach Chalet where the view was amazing. We had not been there in years and the view definitely did not disappoint. The beers were okay and the service a little slow, but the food was fantastic and did I mention the great view? 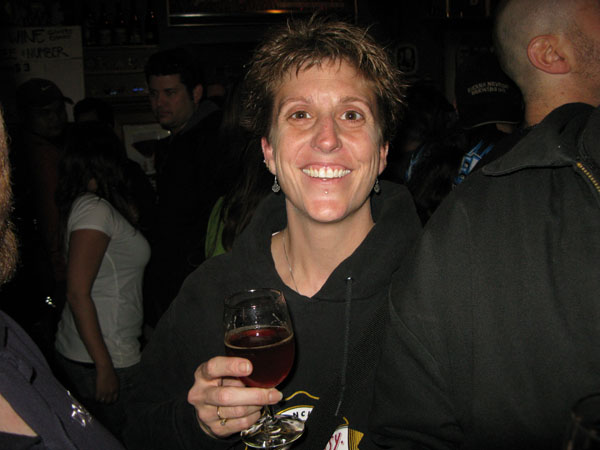 We decided to brave going back to Toronado, primarily to see what carnage was left from the morning. Actually, there wasn’t too much because the first wave had left and the second wave, or maybe it was the third, I don’t know, was underway. We learned later that earlier a few people had been kicked out, one for puking before he quite made it to the bathroom. We were all glad to have missed that!

We did taste two more barley wines; the winner from Lagunitas as well as a tasty entry from Mexico. 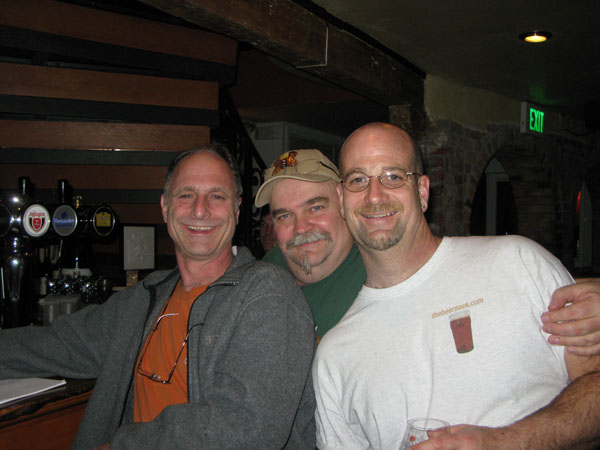 Our new friend and member of the Alaska contingency, Lisa Urban, had gushed about a place in North Beach called La Trappe, a Belgian bar with outstanding food. We finished our night there, and much to our surprise, the Alaska group was already camped out when we arrived! The decor gives you the feeling of hanging out in a cellar, the beer selection was world class and the food was very yummy. Plus, as we are learning, hanging out with Alaska people is always fun!

We’re helping Chris Devlin with his networking skills and reminded him to hand out cards. And wouldn’t ya know it, he is going to get quoted on Jim Roberts’ blog and Ken from Cafe Amsterdam is going to quote him on his big blackboard. We’re always willing to help out friends…

By the end of the night, we were all pretty proud of our ability to moderate our alcohol consumption. But before you think how well disciplined we are, the real goal was to save ourselves for the Celebrator anniversary party tonight. Lots of beer, lots of friends, and we’re staying at the hotel where the event is taking place. This is a recipe for debauchery! We’ll let you know tomorrow how it was…

Oh… and we rode the cable car last night back from La Trappe.