For the last couple of months, when thinking about our trip to San Francisco, I would reminisce about our early beer lives in the late 1980s and early 1990s in the Bay Area. 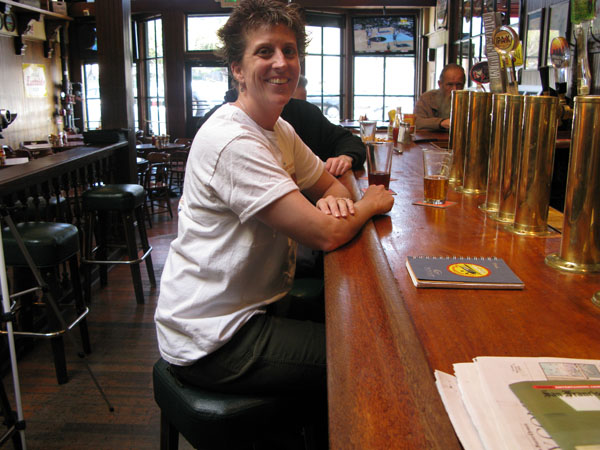 One of my strongest memories of that era is time spent at Triple Rock, or as it was called in the early days, Roaring Rock. Triple Rock was probably brewery number one and the story I that I have been telling for years about those days is that they had only two beers; Red Rock and Black Rock. You could mix the two and that was called ‘orange’.

Well, on the last day of our San Francisco trip, we began it by visiting Triple Rock. While enjoying an Ipax and then a cask pale ale, we got discussing the early days with a long time employee. Wanting to verify my memories of those days, I told him what I described above. And I was wrong! I have been living a lie all these years.

So for the record, in the early days, there were three beers. Besides Red Rock and Black Rock there was also Pinnacle Pale Ale. Mixing pale and red got you ‘orange’ and mixing red and black got you ‘checkerboard’.

Oh… we also have been saying for years that Triple Rock and their sister brewery Big Time in Seattle have almost the exact same layout except flipped… and that is wrong too. 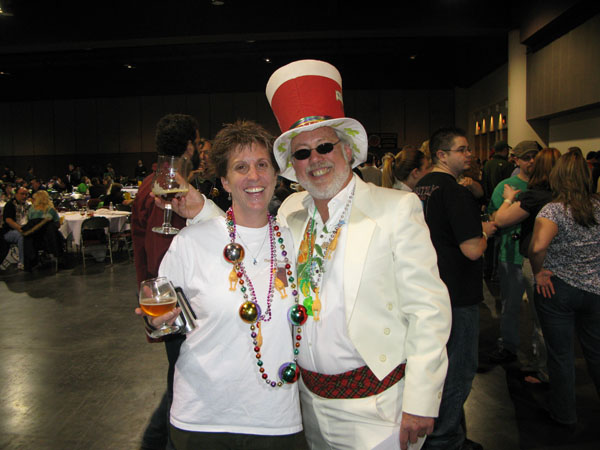 The main event of the day was the Celebrator Beer News 20th Anniversary party. Before the days of the Internet, the Celebrator was one of the main sources of information about beer and indispensable to the beer traveler.

A who’s who of west coast breweries were in attendance pouring not only beers from their regular lineup, but also some special beers. I spent the evening bouncing between Trumer Pils and big beers like Russian River’s Pliny the Elder and The Abyss from Deschutes.

We hooked up with a bunch of friends… Rowdy was there… our Alaskan friends were there… Chris Devlin was there. Rick from Draft magazine was there… But the highlight of the festival might have been running into Ted. 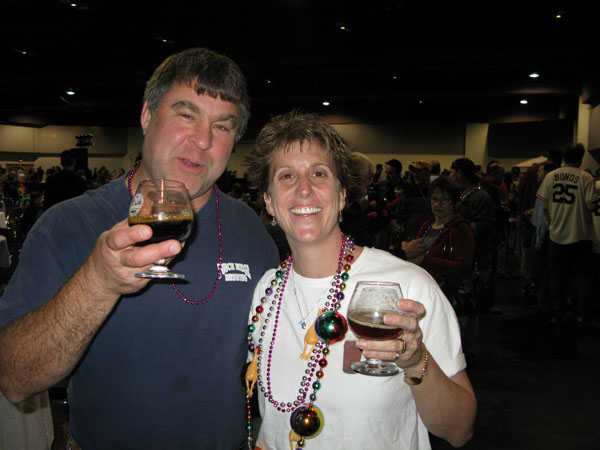 When Merideth worked at Barclay’s, she had the Sunday day shift. And I would spend most Sunday afternoons hanging out, drinking beer and enjoying the day. Ted and two of his friends were also Sunday regulars so we saw each other regularly. They were probably Merideth’s favorite customers. We hadn’t seen Ted for years and Merideth spied him across the room. It was good seeing Ted again and being called ‘Mr. Merideth’.

And I won my first silent auction. The New Belgium bike was cool… the world’s largest six pack from Triple Rock was awesome but I bid on and won a VIP tour of the Anchor brewery. The money was for a good cause; the California Small Brewers Association. 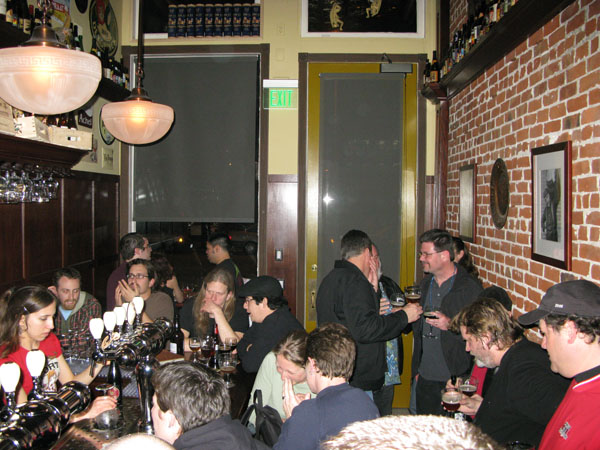 The beer festival just wasn’t enough beer so we headed around the corner to the Trappist, the new Belgian beer bar in Oakland. The Trappist is a great new addition to the Oakland beer scene. Besides enjoying a few good Belgians, we also got to try the first beer from Oakland’s new brewery; Linden Street. The beer, a California Common, is a wonderful first beer from the Bay Area’s newest brewery.

And much to our luck, we happened to sit next to Adam Lamoreaux, the owner and brewer at Linden Street and got an insight into the brewery’s near term plans. As ten year Oakland residents, Adam’s excitement for his brewery and commitment to Oakland was music to our ears. The beer should be widely available in the Bay Area in the next couple of months and even better, look for 3 new beers to be added to their lineup. Their website is not quite done yet but check lindenbeer.com in the future for information.

So… two months down and many memories to cherish…