As I mentioned, we probably should have cut off Friday after the beer dinner, but enthusiasm for SF Beer Week got the best of us. So, Saturday morning was a bit of a struggle and rallying was necessary as we were going to the most grueling event of SF Beer Week, the Toronado Barleywine Festival.

With the same posse as the night before, sans Renee, we ventured out to see what Saturday of SF Beer Week had in store for us. Not yet ready for the crowds at Toronado, we decided to start the day at City Beer. Arriving exactly at opening time, Merideth immediately plopped down in a comfy chair to veg. Craig and Beth got quite a chuckle out of our less than lively gang.

Needing a big rally, I decided to try City Beer’s two new Russian River beers. The first was Batch 23. A version of Damnation, Batch 23 has extra malt, hops and sugar to make it a 11% Tripel. An interesting beer, it wasn’t the rallying point I needed.

It being Valentine’s Day, the cure obviously was the other Russian River draft beer available that day, Rejection.  A Belgian-style Black Ale, Rejection was a much more manageable beer. 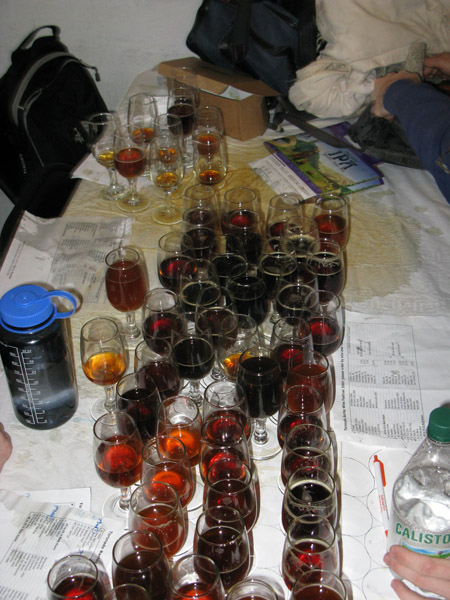 With the nursing of beers over, it was time to confront the beast, the Toronado Barleywine Festival. Arriving around 2pm, the tasting was in full swing. The Barleywine fest is a challenge as Toronado is the not the largest pub in the world. Negotiating the crowd and finding a spot is almost as much of a challenge as actually getting beers. Oddly enough, we ended up in the exact sample place as last year, right by the door.

We got the skinny on which barley wines to try and proceeded to procure 7 strong brews. Our little taster set included the champion from Glacier Brewhouse in Anchorage as well as the ever popular Angels Share from Lost Abbey. There were 6 of us sharing 6oz pours and I have to admit, I am not sure I drank my 1oz share. Think baby sips. 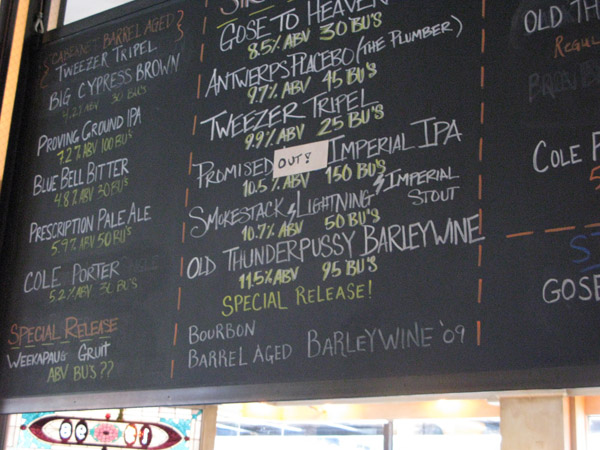 Having experienced enough of Barleywine, the crew split up and we, with our friend Dave, headed to the Upper Haight and Magnolia. February is Strong Beer Month at Magnolia and 21A and this was the opportunity to try Magnolia’s powerful offerings.

Our theory was that Magnolia would be a bit quieter than Toronado. At least it was last year. But now with SF Beer Week, Magnolia was just a crowded as Toronado. 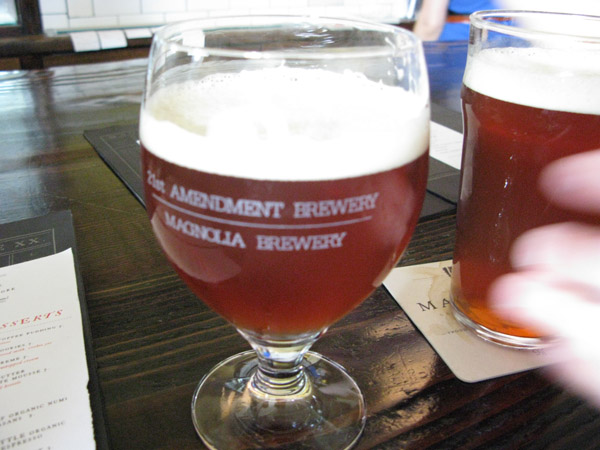 Maybe it was the baby sips of Barleywine, but I finally hit my stride. Beginning with Promised Land Imperial IPA, I tried four of the six strong beers.  The Imperial IPA was followed by a Tripel, a Quad and finally, my favorite, Smokestack Lightning Imperial Stout.

Rejoined by Renee, it was time for some Belgian beer and frites so it was off to La Trappe.  With my new found devotion to Belgian beer, La Trappe may be my favorite place in the City.

Down in the cozy cellar, I was able to enjoy two of my favorite Belgians, Rodenbach Grand Cru and Orval. And just like last year, we ran into the Alaskan gang as well as Phil the Chickenman who is a finalist for this year’s Beer Drinker of the Year. 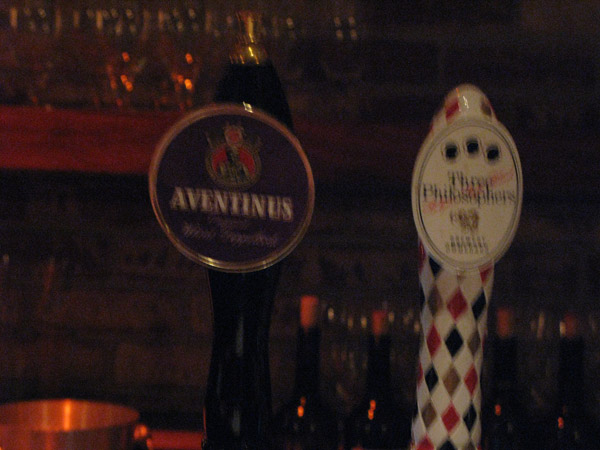 They turned us on to a place I never heard of before, the Church Key. Down the street from La Trappe, the Church Key is a new beer bar on the SF scene… and wow. My first beer was cult beer classic 90 Minute from Dogfish Head.  But what sealed the deal on my thinking the Church Key was a great place was the fact they had one of my all time favorite beers, Aventinus, on draft. So, the day might have started slow, but finishing it with an Aventinus was the exclamation point on a great SF Beer Week day.