We returned to San Francisco on Friday for the final weekend of SF Beer Week. On the schedule for the day was one of the cornerstone events of the 10-day celebration, Chef Bruce Paton’s Beer and Chocolate dinner. But before dinner, we stopped by Speakeasy Brewing for the SF Brewers Guild ‘Meet the Brewers’ event. 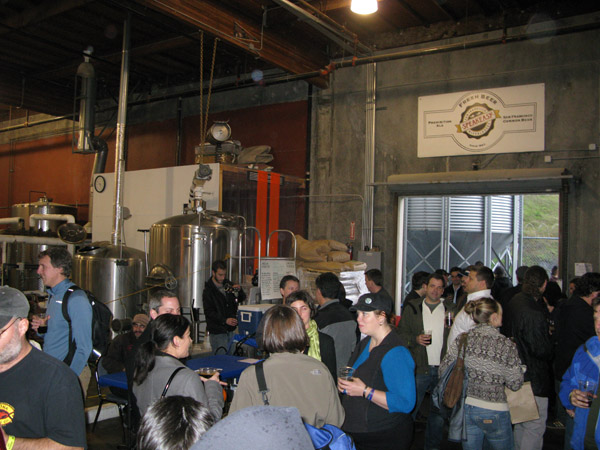 We last visited Speakeasy 15 years ago and it had been about half that number of years since I actually had one of their beers. With the weather being a bit iffy, we braved the big downpour and headed to Hunter’s Point.

One of the first to arrive, we quickly found a spot in their tasting area, settled in and grabbed some beers. The early arrival was helpful because the event quickly filled up and the beer lines became long. 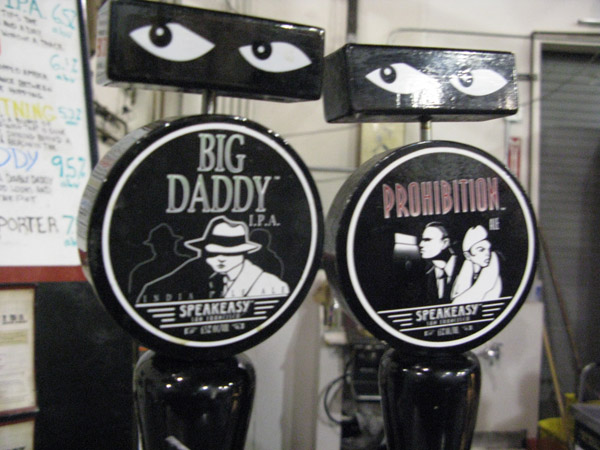 We were joined by several friends including Chris Devlin, the Beer Retard, which was a good thing because we were being interviewed by a reporter from the San Francisco Chronicle. Being surrounded by friends helped our image as fun loving beer drinkers and not loners.

I tried dry hopped versions of Big Daddy and Untouchable, which I have to say were kind of interesting. I’m not sure what hop they were using but both beers had the taste of green tea.  Not exactly what I was expecting. I also tried their Mocha Porter which was excellent.

With a few beers under our belts, it was back to downtown San Francisco and dinner. 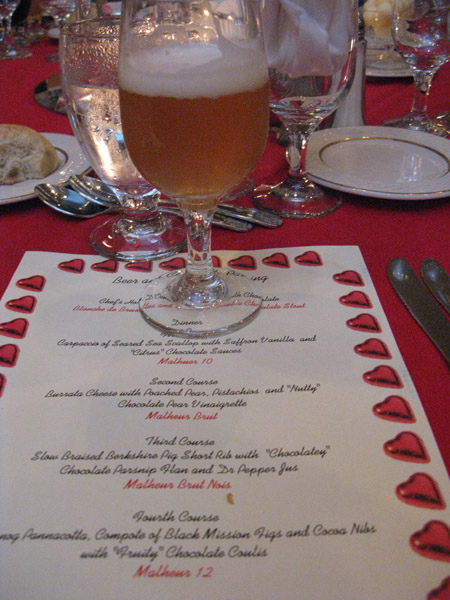 The Beer and Chocolate dinner at the Cathedral Hill Hotel was our big event for the day.  Chef Bruce’s Valentine’s dinner always draws a large and enthusiastic crowd. This year was no exception especially with the featured beer, Malheur. We were particularly excited as Malhuer Brut was one of the exceptional beers that we tasted on our trip to Belgium. We were eager to try more of their beers.

Over four courses, Malheur 10, 12, Brut and Brut Nois were paired with dishes that had chocolate as an ingredient. While the main course pork short ribs paired with the Brut Nois was delicious, the star for me was the previous course, the Malhuer Brut paired with Burrata Cheese with Poached Pear, Pistachios and “Nutty” Chocolate Pear Vinaigarette. 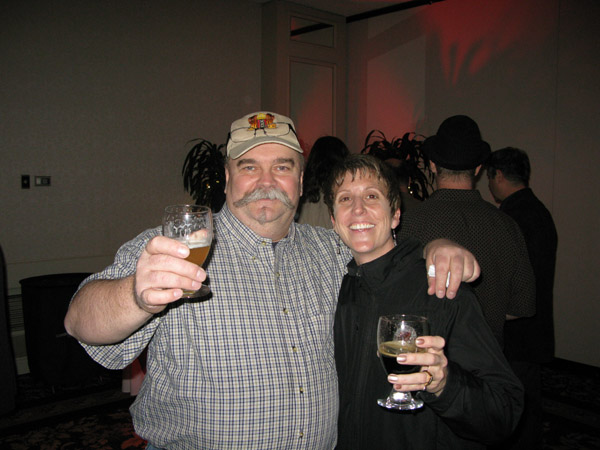 Bruce’s dinners are always a good place to catch up with old friends. Ken Pajak and Jim “Dr. Fermento” Roberts were down from Alaska.  It was great catching up with them and learning what was new in their neck of the woods.

Also joining us at the table was JJ, formerly  known as the Thirsty Hopster, now happily employed by Firestone Walker and our friend Renee. 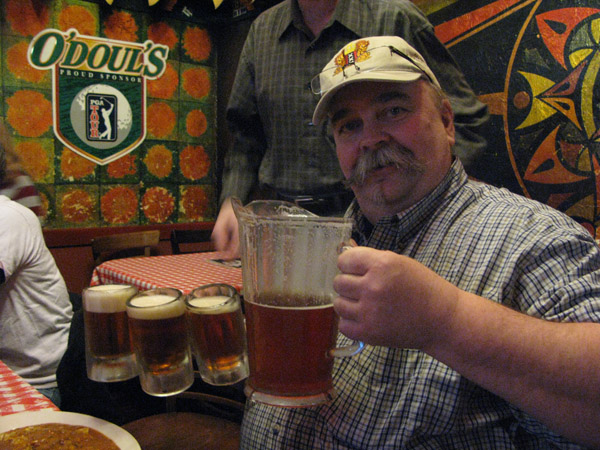 We probably should have called it a night at that point but being SF Beer Week, we were ready for more.  We met back up with our friends Dave, Chris The Beer Retard and his friend Phillipe at Tommy’s Joynt. With our Alaskan friends, the party started anew. We ended up at another bar whose name escapes me eventually making it back to our hotel in the early hours of the morning.