Though we have been enjoying ourselves down here in San Diego, we had another hiccup in our beer tour yesterday. Luckily, the two other breweries we visited and a beer bar gem we found through the recommendation of a friend more than made up for it. 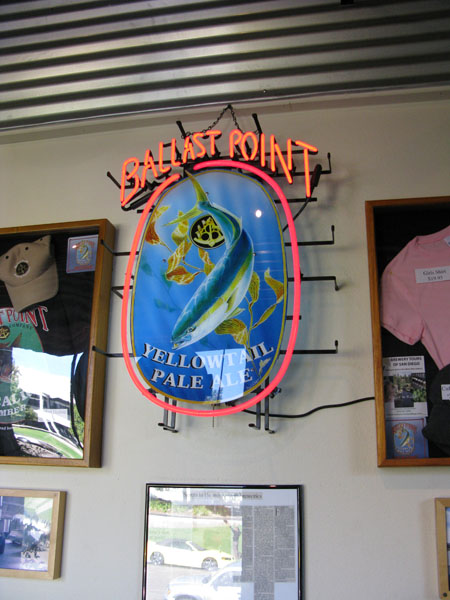 The day’s beer tour started at 11am in a business park in northern San Diego at Ballast Point Brewery.  Well, we actually got there 15 minutes early, so we enjoyed the beautiful San Diego sunshine for a few moments while waiting for opening time.

I was especially anxious to visit Ballast Point. They are one of the breweries that San Diegans speak of with a certain sparkle in their eyes and we have had limited exposure to their beers in Northern California.

It is always fun being the first customers of the day as you generally get the undivided attention of the staff and in this case, we had a good time chatting with our host, Amber (No joke). And when she pulled out the cheese made with their Porter, we were BFFs.

They had nine beers available to taste; five beers from their regular lineup, Wheat, Pale Ale, Amber, IPA and Porter. The sampler was rounded out by four specialty brews; Double IPA, Oktoberfest, a session beer called Even Keel and finally the Porter aged in bourbon barrels. 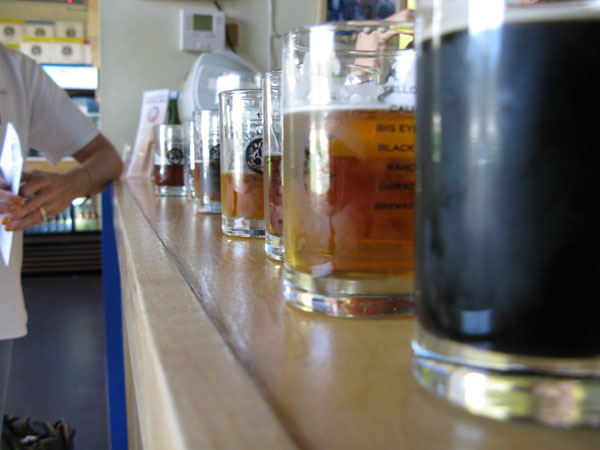 It was now on to our second stop, a fancy mall to find Mission Brewery in the Miami Grille restaurant. I have to admit I had a bad feeling about this place. Maybe it was the ‘Miami’ association (didn’t that go out in the 80s when Miami Vice was canceled) or the fact that we parked on the complete opposite side of the mall, but something told me the beer was going to be bad. The situation was actually more dire than bad beer, Mission Brewery was no longer there. Miami Grille was, however. 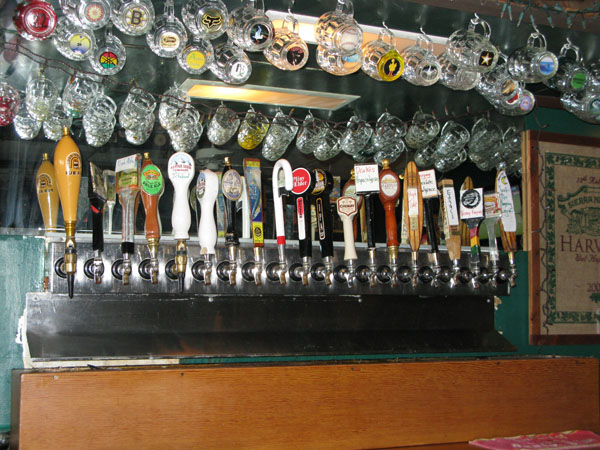 Luckily we had a backup plan located a few miles away. I had learned about O’Brien’s American Pub from the Internets, but I wasn’t sure we were going to add it to the trip itinerary. Then at our last beer tasting, a friend said to me “you have to go to O’Brien’s.” And it is good thing I listened to him (Thanks Mike V.!).

Located in the corner of a non-descript strip mall, O’Brien’s, the “hoppiest place on earth”, has a beer list that can only be described as ‘world class’. If you don’t fall in love looking at the taps, the bottle list will convince you that this place is special. 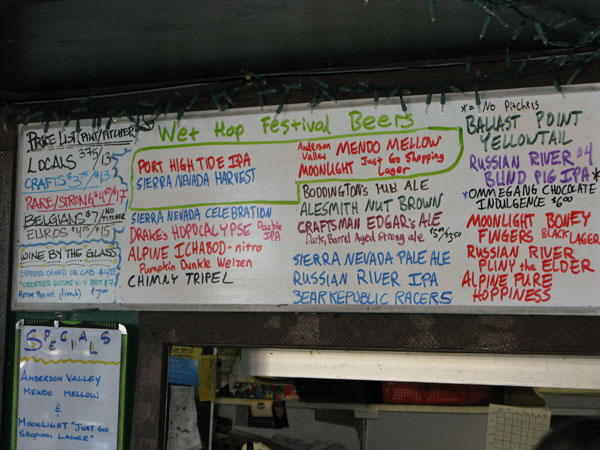 Unpretentious and friendly, O’Brien’s is everything we look for in a beer bar. While enjoying our beers and lunch, we relaxed and watched two Champions League matches on TV. Well, actually it wasn’t that relaxing, as I kept switching my gaze between the two TVs located at opposite ends of the bar. I didn’t want to miss anything.

The only disappointment about O’Brien’s was that last night they were having a Chimay 25th anniversary (of being in the U.S.) party and  we were staying too far away to be able to make it. 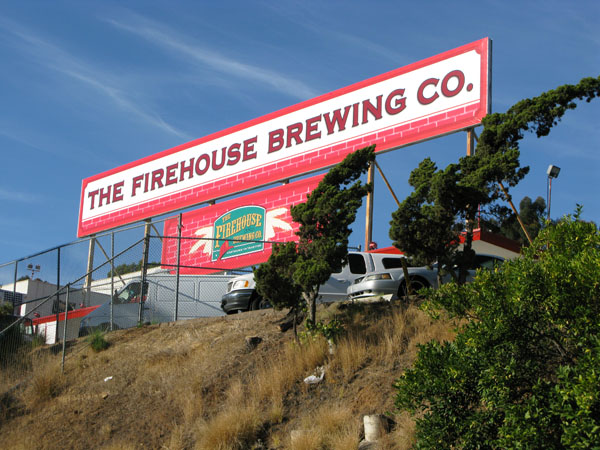 The last stop of the day before we had to beat the traffic back to north county was Firehouse Brewing Company.  Located near Qualcomm Stadium, Firehouse is the labor of love of two brothers who are third generation firefighters.

Even though being community oriented seems to be the norm throughout the craft beer industry, each individual tale is inspirational.

Inspired to give back to the community by 9/11, these firefighting homebrewers decided to start a brewery where a portion of the proceeds would go to help firefighters and their families. And they do this through their Firehouse Foundation. As their website describes it, “A portion of The Firehouse proceeds go to firefighter widow and orphan funds, assisting the families of Firefighters who have died or been seriously injured in the line of duty. An additional percentage goes to local fire departments to help buy safety equipment.”

Firehouse currently has two beers in their lineup, a Hefeweizen and a very nice Pale Ale. They are also working on some other brews, but you need to go to the brewery to try the ‘works in progress’.  Thanks to Grant for taking a few moments out of his day to show us around… and if you see a Firehouse beer, please buy it. You would be helping a really good cause.