It has been a long time since we visited the San Diego area together. And truth be known, we have never made a trip to San Diego that was focused on beer. We have visited breweries in the area, but always as a side trip when we were here for a Cal football game. So we were excited to have our last Year in Beer North American destination be the United States’ hottest beer destination. 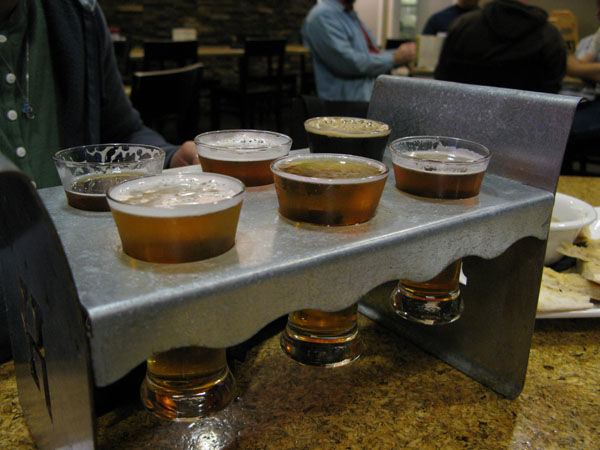 We started our trek down to San Diego on Monday night after I got off work. It was rainy and dark, but we were excited about what this trip might bring. On the way, we stopped at Hollister Brewing in Goleta for some dinner and a quick beer before our final destination for the night, Camarillo. Hollister Brewing had tasty food (try their white bean puree dip with flat bread) that went great with their beer. The more unusual beers I sampled included the Pumpkin Ale, which was like drinking a pumpkin pie, and the Orange Blossom Ale. With a hint of sweetness, the Orange Blossom reminded me of Bonny Doon’s Vin de Glacière, a very sweet dessert wine, but in beer form. Being the hophead he is, Chris tasted a hoppy pale ale, called Beer with Hops, an IPA and their GABF silver medal winning Double IPA.

On Tuesday, we woke up optimistic and full of hope. It was election day after all and in 24 hours we would know if we were packing our bags to be ex-pats in Germany. The first brewery on our agenda was Breakwater Brewing in Oceanside. We found it easy enough, which was good. What wasn’t so good, however, was that they were not yet serving their own beer. They were putting the finishing touches on the brewing equipment before the City was to come for their inspection. The bartender told us he was hopeful that everything would be all approved in a week. Too late for us, though. They did have a good selection of local and near-local beers, plus Sierra Nevada’s Chico Estate Harvest,  and we enjoyed some pizza and a salad before continuing South. We were disappointed, but our hope for a brighter day was undeterred. We knew that our second stop was a sure thing. 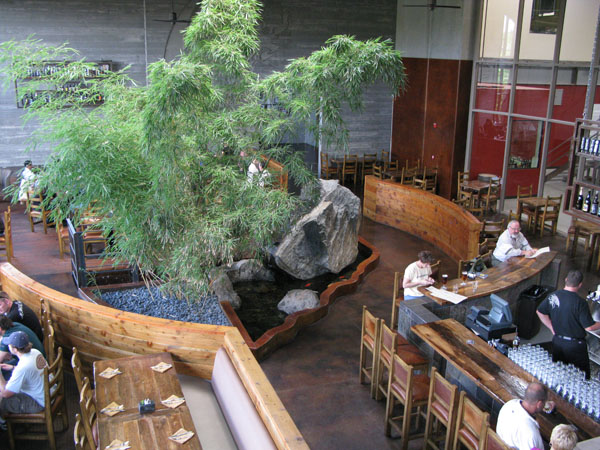 We were headed to Escondido and, you guessed it, Stone Brewing’s World Bistro and Gardens. It’s not so hard to figure out that I am not a huge fan of Stone. The beers are too big and too hoppy for my taste. Even Chris isn’t a huge fan. But no matter.

This place was COOL! The facility was gorgeous and once inside, it was like being in an oasis with water features, lots of greenery, and ethnic music. The place is green and you can see it in the recycled rebar and industrial fixtures. 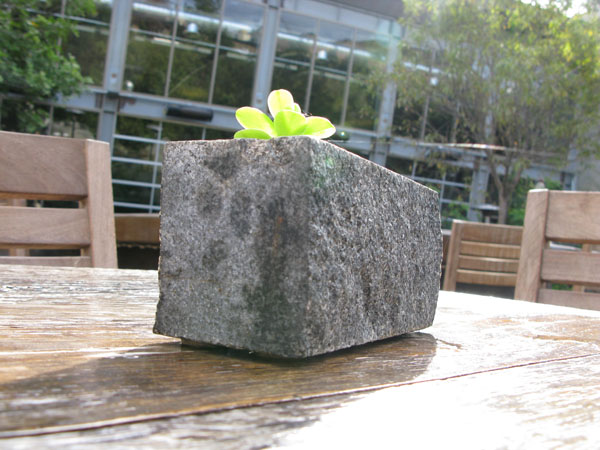 After some samplers, I ended up with Stone’s Pale Ale and Chris started with the Cali-Belgique. Even if you’re not a huge Stone fan, the atmosphere is soothing and they have an awesome beer list with over 20 taps and double the number of bottles. As a second beer, Chris chose a Blind Pig.

We ended our visit there with a game of Scrabble at an outside table and a walk through the gardens. Much to my chagrin, Chris beat me in Scrabble, but with the surroundings, I remained calm and serene. 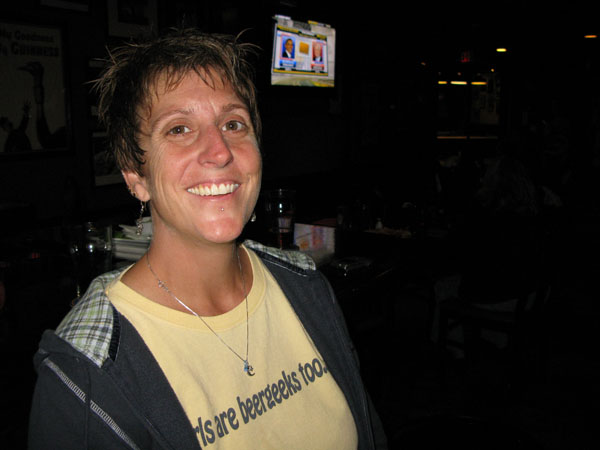 The atmosphere was a little slow, so we had our taster set and went to Hensley’s Flying Elephant Bar and Grill in Carlsbad. Matt Hensley is the accordian player for Flogging Molly and last time I was there, Matt was, too. However, FM is on tour in Europe, so we knew we wouldn’t see him. The mood at Flying Elephant was jubilant and roars of applause rose up each time it was projected that Obama would win a state. The place is very hip and the food was good. I had a trio of sliders, one turkey burger and two pulled pork. Yum. Chris had a trio of tacos.

We returned to our hotel to watch the concession and acceptance speeches. With the hope of a new President and a plan to visit at least 10 more new breweries on this trip, the future is looking bright!