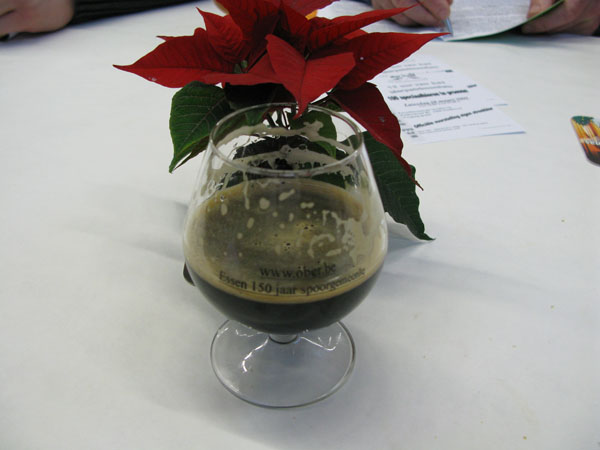 Saturday, day one of the festival, was the coldest day of our trip. We hopped off the train in Essen and started on a brisk 1.85km walk to the Heuvalhal, site of the festival. Easily finding the hall, a gym actually, we took our place in the queue. 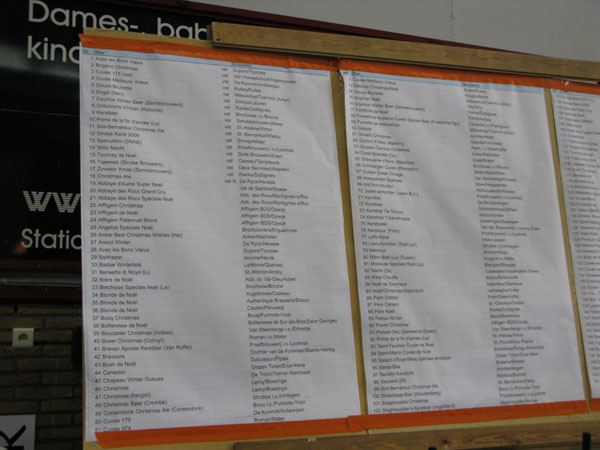 We have made this statement before and risking crying wolf one too many times, we had really no idea about what to expect from the Kerstbierfestival. There were over 100 beers and most were unknown to us. As we found our seats within the hall, we reached that crucial point in the day. What beers do we try?

I should step back a bit and explain how the festival works. The Kertbierfestival is a token fest. One token cost 1.50 euro or 11 for 15 euros. Most beers were one token but rare or special beers could be two or three tokens. The pour was 15cl. Whole bottles could also be purchased. For example, the Rochefort 8 Cuvée 2007 would set you back 20 tokens. 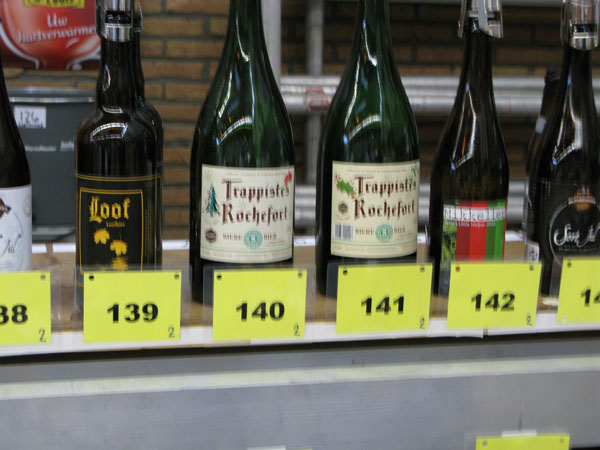 Armed with the festival guide which had extensive notes in English, I picked out beers that sounded interesting. The first three beers I sampled, I didn’t really care for. After these first duds, I honed my strategy and concentrated on the special and rare beers, the ones that were two or three tokens. Here is where I found all my festival favorites, such as:

In the end, I tried somewhere around 22 beers, give or take a few that I forgot to record. Most of them fell in the ‘pretty darn good’ category. 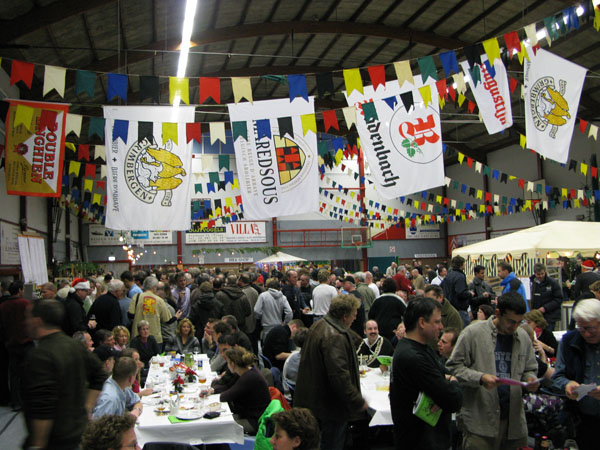 We were kind of shocked, at first, by the civility of the fest. A better word than civilized might be dignified. Most festivals in the States degenerate into drunk fests, but the Kerstbierfestival seemed different. There was no whooping nor hollering. No one tried to get the crowd to do the wave. Rather, the festival goers talked with friends, drank their beers and sometimes took notes. Even the 32 person stag party who were pounding cans of Jupiler (a Belgian macro-lager) in the queue to get in behaved in this manner.

Most pleasing to me was there was no blasting music, though at one point a gentleman busted out an accordion and people started singing.

I don’t think every festival needs to be this way, but it was nice to be at one where beer, friends and conversation seemed to be the focal points. 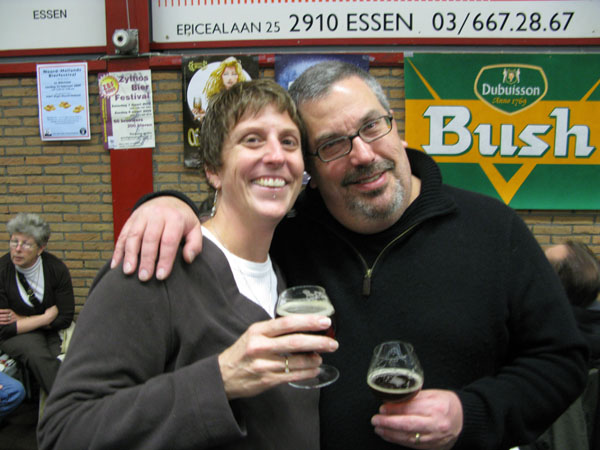 The crowd was mostly Belgian and Dutch, but there were also a number of Brits and Americans in attendance.

One American we ran into on Saturday was Tom Peters of Monk’s Cafe in Philadelphia. We had met Tom earlier this year on the press junket to Philly Beer Week as he had hosted our first night events. It was nice running into Tom again. If there is one person to talk beer with at a Belgian beer fest, it would be Tom.

We returned to the festival on Sunday, but our festival day was short as we needed to get to Brussels to see some friends. So we shot the last of the video we needed, tried a few more beers and just basked in the moment. The Year in Beer was over. 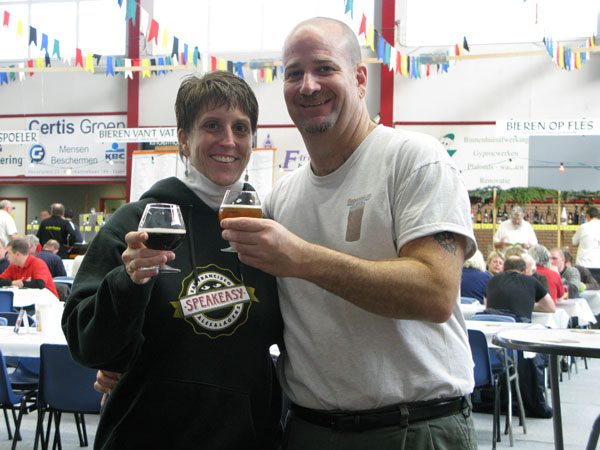 As we left the hall mid-Sunday afternoon, I couldn’t help feeling a little bit of sadness that the Year is Beer was complete. The year went so fast, just yesterday it seemed like we were landing in Anchorage.

But thinking back on all the great trips, the people we met, the friends we made, the beers we drank, the places we visited, I cannot help to feel a great sense of accomplishment. We did it.