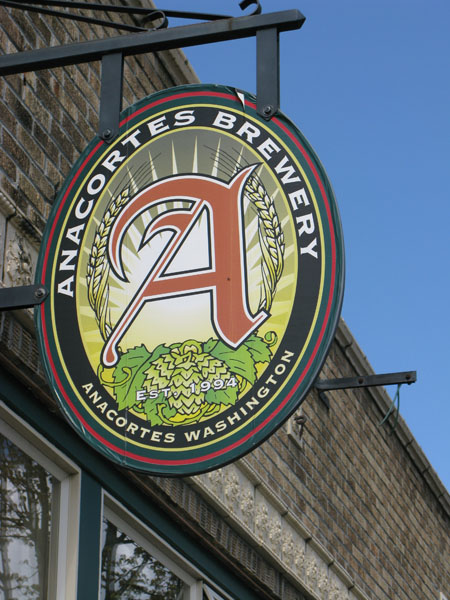 My favorite beer at the Great Alaskan Beer and Barley Wine Festival was a cask imperial IPA from the Anacortes Brewery. I wanted to try more of their beers, so we planned a trip outside Seattle to visit Anacortes and a couple of other breweries. All this before meeting up again with Chris Devlin in the evening for a blind IPA tasting at Cooper’s Alehouse.

Anacortes is about an hour and a half north of Seattle, so we started our day by driving out there. On the way back to Seattle, we would hit the small towns of La Conner and Mukilteo. The big drawback of car touring is that we were limited to taster sets, which really doesn’t give you the full experience… at least to me.

Anacortes certainly did not disappoint, except maybe for the fact that their cask beer was bourbon barrel aged (when is there going to be a barrel shortage crisis?) and that they did not bottle their beer. The food was great, too, and Merideth enjoyed her fish tacos. 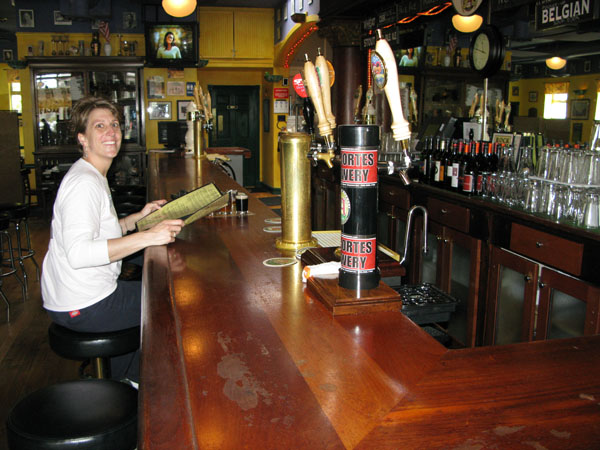 We sampled a Pils, Amber, Marzen, Honey Cream Ale, Black Lager, IPA and Porter. While the IPA was really, really good, the Porter was the standout.

La Conner, in the heart of tulip country, is only a short drive from Anacortes. Unlucky for us, there was a tulip festival going on and this little town was packed on a Thursday in the early afternoon. We barely squeezed a parking spot and one seat at the bar to sample La Conner Brewing’s beer. The Brown and Pils were the highlights of the five beers we sampled.

Then it was back to I-5 and heading south to Mukilteo where we planned on visiting two breweries. We stopped at one brewery and were greeted by a sign on the door that said ‘closed today’. However, it looked Closed with a capital C. 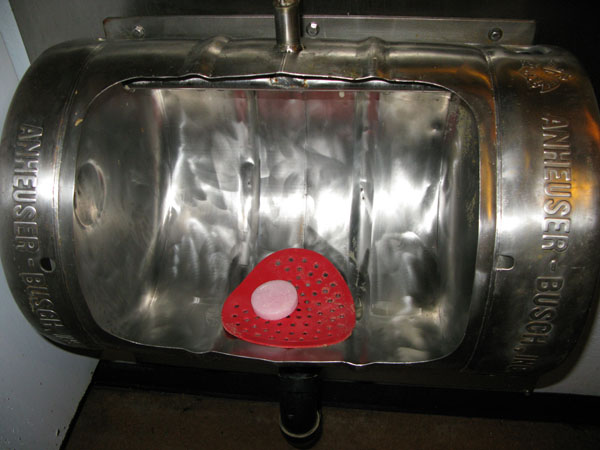 The other brewery in town was Diamond Knot. They have to be one of the most ‘diviest’ brewpubs we have ever been to… and I mean that in a good way. Unfortunately, Merideth and I only have twelve tattoos between us, which probably wasn’t cool enough for this crowd.

We again sampled five beers: Golden Ale, IPA, Stout, Porter and ‘Industrial’ IPA. The two other attractions at Diamond Knot are the stone cooking and the Anheuser Busch keg urinals. Merideth thought I was a bit strange when I videotaped the urinals… it was all PG rated.

With our beer touring done for the day, it was time to meet up with Chris at Cooper’s Alehouse for a blind IPA Tasting. And we had the bonus of also meeting up with a longtime friend, Crista, who we hadn’t seen in years.

I really didn’t know what to expect from the blind tasting mainly because it is not something we do. But I have to hand it to Cooper’s owner Kirbie for putting on such a popular event. Cooper’s, over the period of three weeks, was rotating 50 different IPAs through his handles and on a Thursday night, they had a full house of people with their bargain priced sample trays.

As for the blind tasting, we rated 13 IPAs in three rounds. I think I got all the right answers, but Merideth chatted with Crista and lost a bit of focus. I will say, though, she did correctly identify the one imperial IPA in an early round in the tasting. 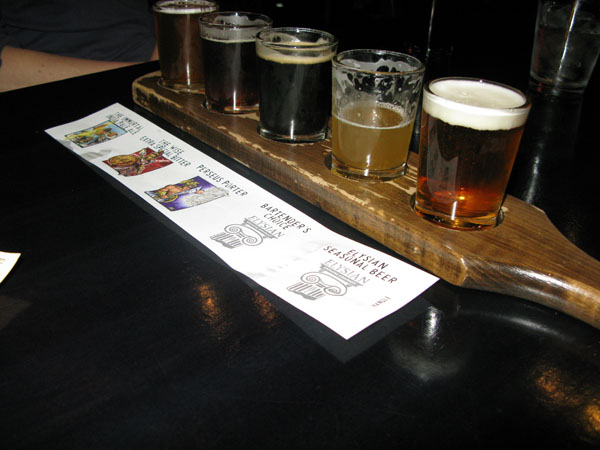 We finished up at Elysian Brewing for dinner and our fourth new brewery of the day. We sampled a Wit, ESB, IPA, Maibock and Porter. Merideth got a pint of the Pils and I got the Porter.

As for the title of this post, I am sure many of you saw my bit in the Boston episode where I was proclaiming my joy that I would not be wearing pants again for the Year in Beer until our trip to Belgium in December. So far in Seattle I have upheld that claim despite highs only in the low 50s, but tomorrow snow(!) is forecast. So, I might have to put on pants again and the thought has me depressed.

Of course, the antidote for this depression is beer… and we are meeting up again with Chris D early in the afternoon and visiting at least 3 new breweries today.