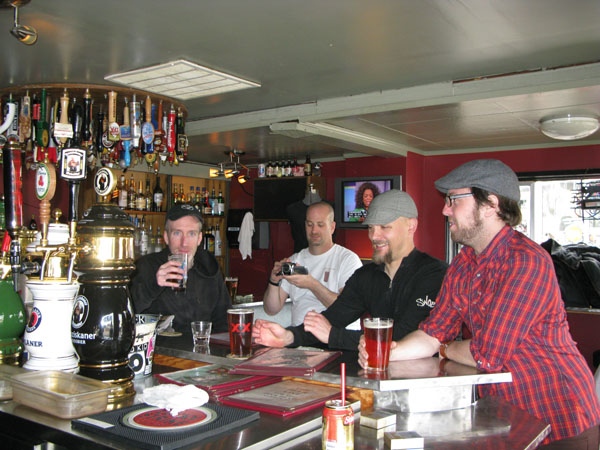 As with all our trips, we like to hit the ground running. And for us, that means beer, beer and more beer.

And yesterday, we had company. We were joined by our friend and Seattle beer guide Chris Devlin and two other Seattle beer people; Nat from Big Time and Ian from Brouwers.

Our beer day started with a visit to the Ram Brewery at Northgate. For those of us who haven’t had a high opinion of the chain breweries, it’s time for a rethink. More and more, the brewers are getting the freedom to brew beers outside of the regular lineup and brewer Kevin Forhan is doing just that. We were able to sample an excellent IPA, Saison, Wit and Dry Stout from Northgate’s seasonal menu of beers. Also, I think “The List” Committee will have to revisit the rules of counting breweries. I have to say, after we spent time in the cooler and brewery with Kevin, my opinion is shifting. 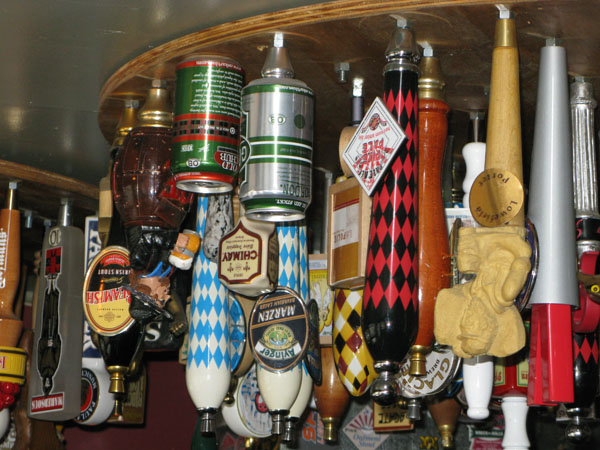 We then hit a few highly recommended beer bars/ale houses. We walked and bussed it from Northgate to Duck Island, “The Duck”, somewhat of a dive bar with an awesome beer selection. We then moved the party a few doors down to Uber Tavern. A bit more upscale and swanky little place with another excellent beer selection. They also had a beautiful looking bottled beer case, which made it more like a bottle shop. You can even buy draft beer by the ounce, as well as buy bottles for off sale.

At this point, our party was becoming smaller because Nat and Ian had to get to work. Luckily, Chris Devlin likes to walk as much as we do and walking makes for a good break in between beers. So, the three of us walked around Green Lake to Latona Pub where we had, surprise, a beer! A cute little neighborhood place where the food smelled great. We didn’t eat there, though, because we were ending our night at Big Time. 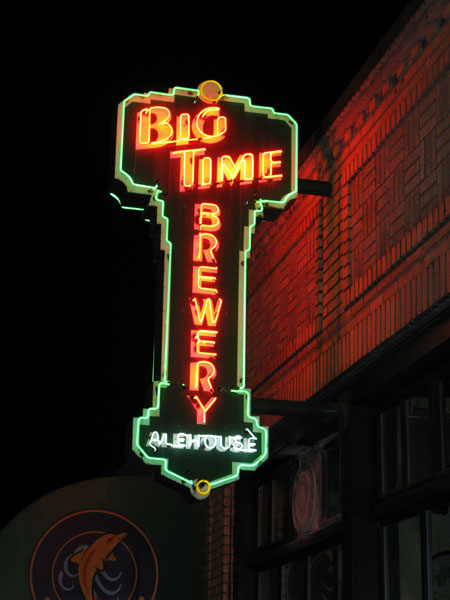 So we finished our day’s trek at Big Time, after stopping in at the video store to drop off Chris D’s latest rentals. Oh, yea, I also used their bathroom. Lots of beers, with long walks in between. A girl needs a toilet!

Nat served us up at Big Time. The first time we had been there in about 10 years. And, no, it isn’t the exact opposite set up as Triple Rock, but the two are very similar. The pizza was satisfying and the Trombipulator, a Belgian style Triple, was quite good. The boys thought it was excellent and somewhat dangerous at 10%. But, you know me, not only do I generally characterize beers as good or bad, I’m also not a huge Belgian fan. So for me to say it was “quite good” is, in fact, quite good.

Today we are off in the car to hit Anacortes Brewing and La Conner Brewing. Chris D is working today, so we’ll catch up with him later this evening at Cooper’s Ale House for a blind IPA tasting. We’ll also be meeting up with our friend Crista and her husband Dave. We haven’t seen them in years. Should be fun!