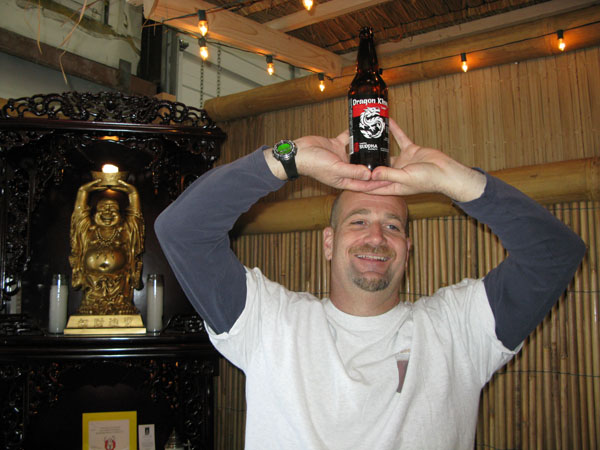 Buddha spent his life contemplating questions with the aim of achieving true enlightenment. And, in a sense, you could say that is the quest Chris and I have embarked upon.

Friday was certainly an adventure, as we explored parts of Seattle far and wide. We started easily enough at Pike Place Market. Watching, waiting for the fish mongers to throw the fish and braving the touristy crowd through the market. Not yet finding our enlightenment, we decided to continue our quest at Pike Pub and Brewery. Pike’s was a good example of how one should continually revisit places gone before. The beer was much better than we had remembered. While it didn’t lead us to nirvana, it kept us on the path.

We decided that maybe we should give up our control and allow ourselves to be guided by our beer guru Chris Devlin. We met him at Pike and headed to outlying areas of Seattle and to Georgetown Brewing. 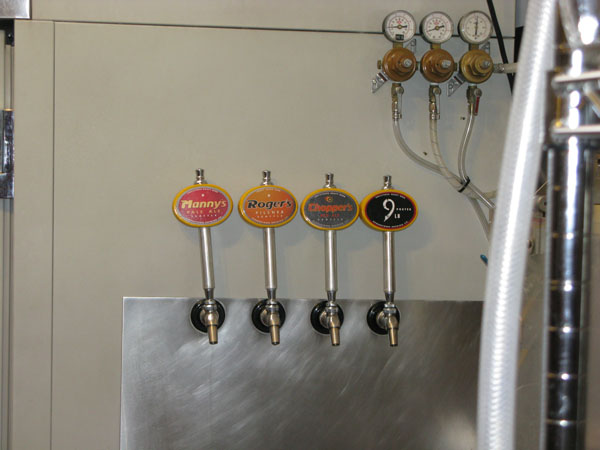 Not a brewpub, but a simple warehouse with a small retail space. Chris thought their beer was the best of the trip thus far. I would have to agree. They do four beers (pilsner, pale ale, red, & porter), all very well. The major downside was that they only do kegs and growlers, no bottles. Despite the most excellent beer, this couldn’t possibly be the end of the quest. I still didn’t feel that I had reached a state of utter bliss. Plus, I don’t think Buddha ever stopped. He continued to contemplate life’s big questions throughout his whole life.

Inspired by Buddha’s life long search, we continued on a bus ride through the warehouses of south Seattle. In case we were getting too comfortable in that area, Chris D helped us travel to an even more remote spot. Was that his way of helping us to look inward and continue our journey of personal exploration? No, we just took the bus too far and had to wait for the next one to take us back. It was a little iffy there for a minute, but isn’t that what the search for enlightenment is all about, being happy with where you are in your current circumstances and learning whatever lesson you can form the experience? Luckily we didn’t have to wait for the bus too long and soon enough we were back to feeling more confident that we were on the right path. 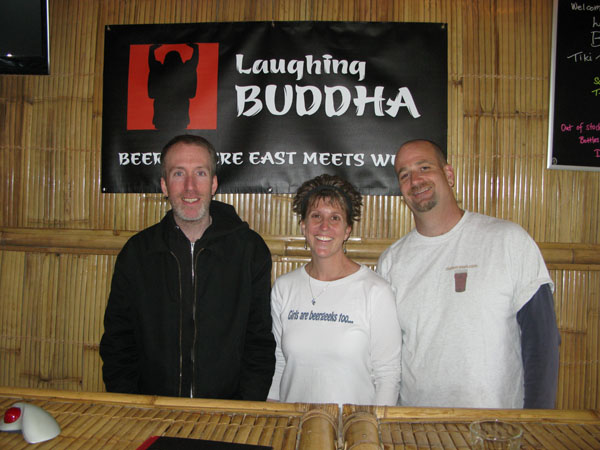 A few more moments of doubt, but we eventually found ourselves at Laughing Buddha Brewing Company. There we learned two things:

1) The world is a small place where everyone is connected – we met two people who lived in Monterey for 40 years before moving to Sacramento recently.

2) The universe doesn’t let anything die, just take on a new incarnation – Laughing Buddha’s brewing equipment was purchased from San Andreas Brewing in Hollister… one of favorites from our early days of beer travel.

Laughing Buddha slogan is “Beer. Where East Meets West” and they had two beers to try. A brown made with pandan leaf and palm sugar. A little sweet and very tasty. And they had an Asian style lager. Also very refreshing. They have in the works to make a ginger pale ale made with two kinds of ginger. We’ll have to get Chris D to send us some when it comes out because we are reasonably sure that we will not be getting it on the Monterey Peninsula. 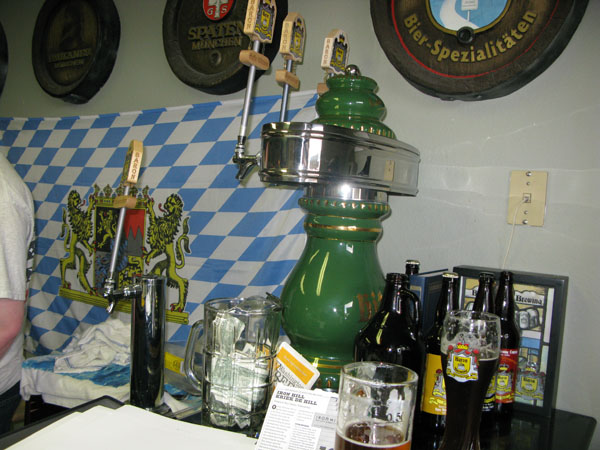 We pressed on and went around the corner to Baron Brewing. I was lovin’ it because they brew only German style lagers. Surely this had to be the enlightenment I was looking for. We chatted with a group of locals, who seemed to be regulars at the cozy tasting room. Luckily, they had bottles, so we bought the schwarzbier.

Every good spiritual journey needs to include food to keep you going, so we hit the road again and ate dinner at Georgetown Liquor Company. An excellent vegetarian place with an equally awesome beer selection. We then took the bus back downtown where we started the day.

We ended our night with a final beer at The Stumbling Monk. I’m not sure that we found nirvana yesterday, but if this is what the path to enlightenment consists of, then I am definitely continuing the quest.

Click here to view all the images of our Seattle adventure.