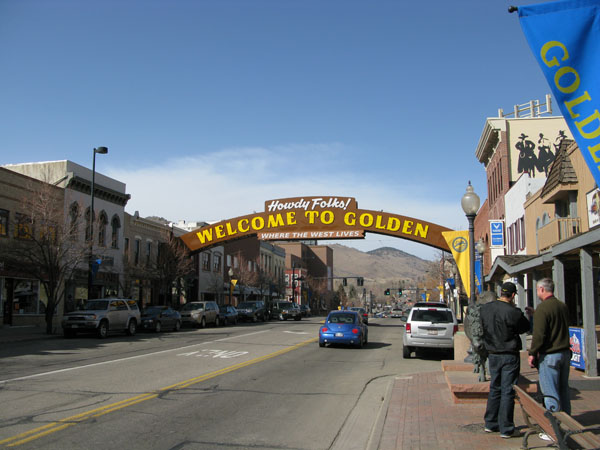 Friday started with a sense of fun and excitement as we set off for Golden, CO to do the Coors Brewery tour. It might seem odd to some that we would do the Coors tour but despite being beer geeks, we are not beer snobs. The Coors brewery is historic as well as being the largest single-site brewery in the world.  And our visit wasn’t without a sense of humor as we joked about how we couldn’t wait for our taste of the Silver Bullet.

But then life had to interfere with our fun day. It was on the shuttle bus from the parking lot to the brewery that we found out our friend and beer writer Bill Brand had passed away the night before. We will always be grateful to Bill for his words of encouragement and for plugging our videos on his blog. With a heavy heart, we proceeded with the tour. 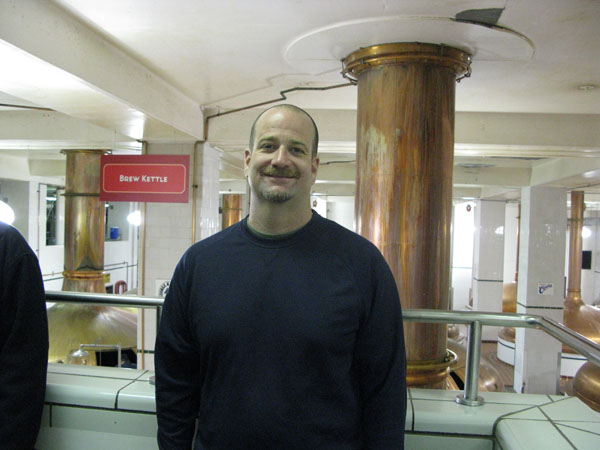 Here is some Coors tour advice I wish I had beforehand. If drinking beer is all that is desired, there is something called the ‘short tour’, which is popular with the local college students. In the short tour, you can just go directly to the tasting lounge. There is also the self-guided audio tour which we would suggest to anyone who knows anything about the brewing process. Unfortunately, we ended up with the full guided tour, so for 45 minutes we listened yet again to how beer is brewed. 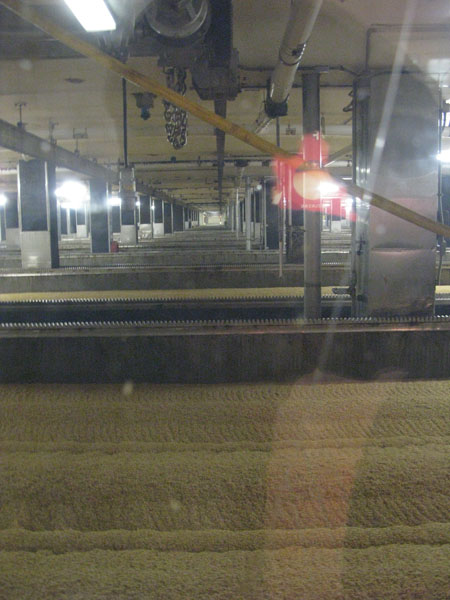 The brewery itself is a site to behold. The ugly massive gray facility houses the brewhouse and malthouse, as Coors malts their own barley. They make their own cans and bottles, as well. The tour takes you through the whole brewing and packaging process. Everything is on a huge scale as we saw endless brew kettles, humungous fermentation tanks and the largest and fastest canning/bottling line I have ever seen. Most impressive was the malting facility, especially the germination beds which seemed to stretch on forever.

Halfway through the tour, you get to sample either Coors Banquet (that is regular Coors) or Coors Light. The four of us chose Banquet. If you haven’t tried a macro-lager recently, I highly recommend it. It will reconfirm your faith in the craft beer movement. 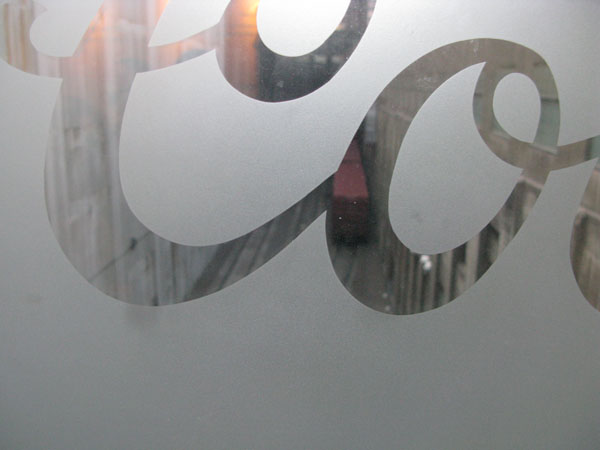 With the tour over, it was off to the tasting lounge. You get three samples, but the four of us chose only one. And we didn’t even finish those. I had the Rising Moon Spring Ale from Coors’ macro-micro Blue Moon. It is an unassuming beer. So unassuming, in fact, that a day later, I can’t really remember what it tasted like.

Despite my negativity about the beer, the Coors tour was pretty amazing. And like a lot of the breweries in the micro community, Coors is trying to minimize its impact on the environment with a number of green initiatives. Most notable to me was that Coors is phasing out the use of plastic cups on the tour in favor of biodegradable corn starch based cups. 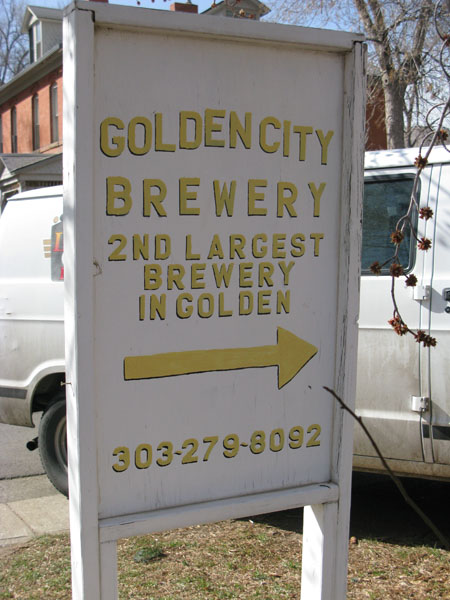 Then it was on to Golden’s second largest brewery, Golden City. Located four blocks from Coors in a residential neighborhood, Golden City is another popular hangout for the local college crowd, as well as bikers.

And I really mean residential as the the original tasting room was located in the sunroom of the owner’s house. Now it’s located across the yard in a converted coach house and the yard serves as the beer garden. In nice weather, the beer garden is a magnet for locals. Even on a Friday afternoon in February, Golden City had a nice sized crowd enjoying an afternoon of beer and conversation.

The weather was still somewhat nice so we sat in the beer garden and enjoyed the sampler set.  Of the six beers available, the Stout and IPA stood out for me. Not a fan of chili beers, I still have to give a shout out to their most interesting beer, Javapeno Stout. A coffee and jalapeno flavored Stout, it still had too much chili flavor for me, but I give them a ‘A’ for creativity.

Back in Denver, it was time to be hanger-ons for a couple of Beerdrinker of the Year events. I want to thank Marty Jones for letting us interrupt the judge/contestant meet and greet dinner at Wynkoop to toast our friend Bill Brand. It was a hard day, but I can’t think of any way better to honor our friend than spending the day enjoying beer.