Just a little editorial note: while Merideth works on our Year
in Beer book, I will be doing most, if not all, of the blogging.

We returned home Saturday a little weary from opening night of SF Beer Week. But there was no rest for the weary as we had to get home for our own SF Beer Week event, a German beer tasting at Rosie’s Cracker Barrel in Carmel Valley. 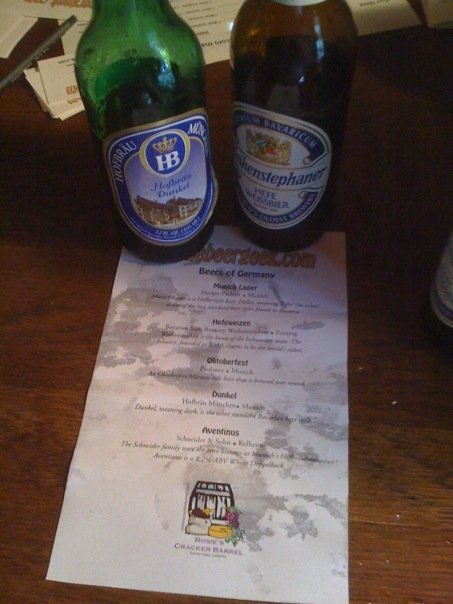 Our event was one of six Beer Week  events on the Monterey Bay opening weekend. I’ll admit I was a bit worried because this was our first event at Rosie’s and it was their first ever beer event. I was unsure of the turnout and the overall success of the event.

The five beers we chose were a representation of the beer styles we enjoy from our favorite place to beer travel, Bavaria. Starting with a Helles, we moved down the Bavarian beer landscape to Hefeweizen, Oktoberfest, Dunkel, and finishing up with the amazing Aventinus.

In the end, I really had nothing to worry about as the crowd was early in arriving and enthusiastic in attitude. Ranging from beer novices to our regular beer geek crowd, we packed 50 people into tiny Rosie’s to sample Bavarian brew. 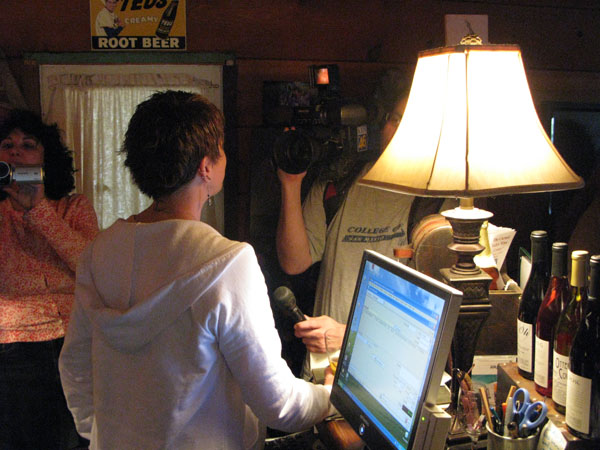 In the craziness, we forgot about the news crew who were there to do a news piece on us and SF Beer Week. It was arranged in the car while driving home from San Francisco that morning. With all the activity of the tasting, it completely slipped our minds until someone said, “Oh, a news truck just arrived.” The camera guy squeezed  in and Merideth acted as spokesperson for the event. She offered some quotable statements and pulled off a very good interview.

Thanks to all those who showed up  on Saturday and made our event a great success! 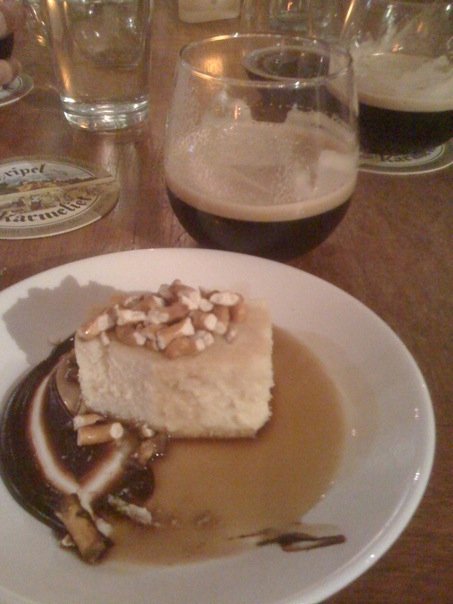 Sunday, we were beering it up again with an “Around the World in 8 Beers” dinner at Ol’ Factory Cafe. The dinner was six beer-paired courses. Two other beers used in preparing some of the fantastic delectibles rounded out the eight. Kudos to Kevin Fisher for creating such an outstanding and enjoyable menu. You know it’s going to be a good meal when it starts off with deep fried cheese curds and pork scratchings.

The stand out pairing for me was the second course, Winter Greens with Cranberries, Pecans, Goat Cheese, Red Onions and Duvel Vinaigrette  paired with Cantillon Kriek. As for Merideth, she went with the dessert course, Russian Imperial Stout Swirled Cheesecake with Chocolate Pretzel Crust paired with North Coast Old Rasputin Russian Imperial Stout.

A great evening of food, beer, friends and conversation.  We can’t wait for their next beer dinner.