With much anticipation, we drove up to San Francisco Friday afternoon to kick off SF Beer Week. After months of talking about the massive beer event, the day was finally here. 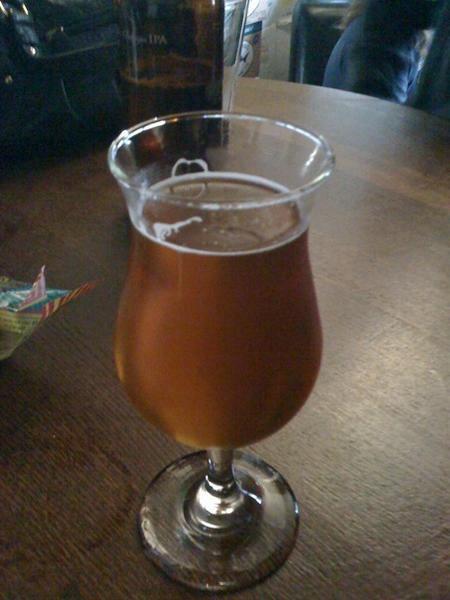 First stop was City Beer for the tapping of some new beers. We were joined by our good friend Renee and her friend Michelle for the special occasion.

First up was the much anticipated release of Russian River’s Pliny the Younger, the Elder’s big little brother. A victim of the hop issue, Pliny the Younger was only released on draft and to select accounts on February 2nd. Craig and Beth waited until opening day of SF Beer Week to tap their keg. When the glorious moment came a 3pm, throngs were crowded around City Beer’s little bar waiting for their glass of the hoppy brew.

A triple IPA, the Younger is a stunner at 10.5%. Due to its limited release, it is going to be gone quick so find your pint sooner rather than later. 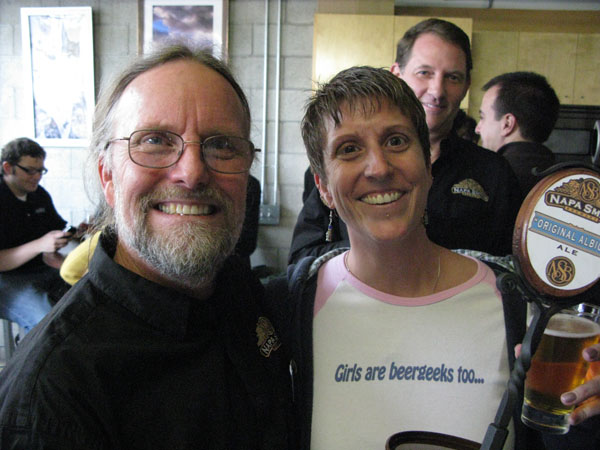 The second beer debuting was a recreation of craft beer history, New Albion Ale, the official beer of SF Beer Week. The short story is Don Barkely, brewery cat at New Albion, later the founder of Mendocino Brewing and currently the master brewer at Napa Smith, had the original recipe for the beer and was asked to recreate the beer for Beer Week. (For the longer version, check out Bill Brand’s  blog) On Friday, Don was going around to select pubs in the city to officially oversee the beers tapping.

I’ll admit that I made a mistake. Having a  Pliny the Younger first was not the wisest move. With my palette still bathed in hops, I don’t think I got the full flavor of New Albion Ale. I will definitely be looking to try it when we are back next weekend. 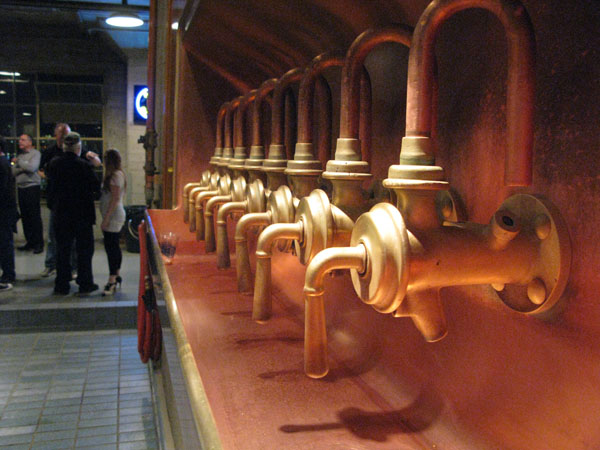 Then it was off to Anchor the official kickoff of SF Beer Week. If you have never done the Anchor tour, I would highly recommend it. The brewery is just plain beautiful and an apropos setting to kick off the celebration of “America’s Original Craft Beer-Drinking City”.

The crowd was a who’s who of the Bay Area beer scene (and then us) with Fritz Maytag playing the very gracious host. While enjoying a few Anchor Steam and Liberty Ales, we mingled around talking to friends and meeting new people. 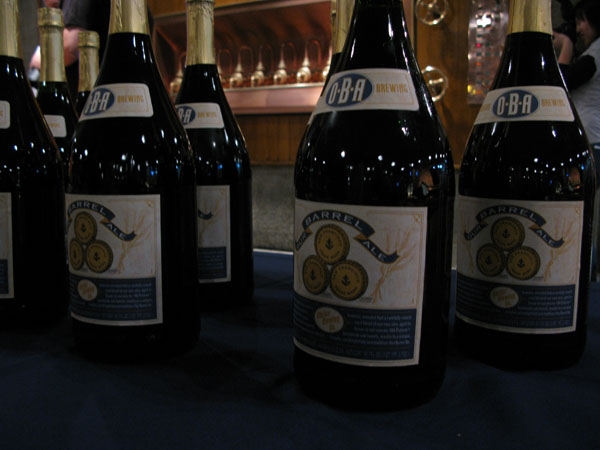 On more than one occasion, the word “beer celebrity” was used to describe us. While we don’t think of ourselves that way, it was nice that people were interested in talking to us about the Year in Beer and our future travel plans.

For the occasion, Anchor debuted a new beer, Our Barrel Ale, a barrel aged beer. Anchor is fortunate in that they have a whiskey distillery and used their own barrels for the new beer whose origins remain a mystery. As one would expect from Anchor, OBA is a solid beer but not being  a whiskey guy, a little under appreciated by me. The crowd at Anchor last night loved it. 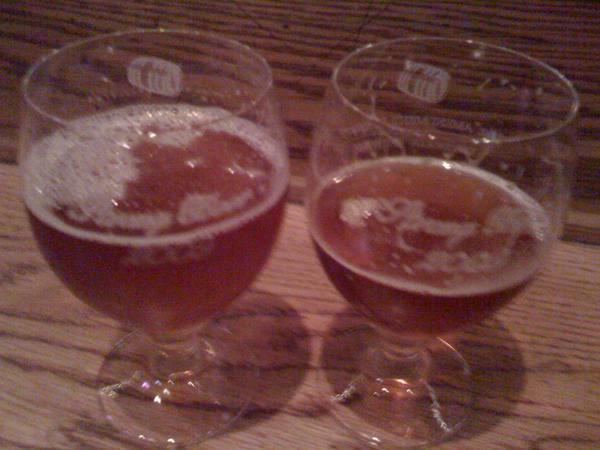 To finish off our first day of SF Beer Week, we went to 21st Amendment with some friends we met up with at Anchor. It’s Strong Beer Month at 21A (and Magnolia) so, as they say, when in Rome. We tried four of the six strong beers available, Monk’s Blood, Imperial Chocolate Porter, Double Tripel and Hop Crisis. Being the hop head I am, the latter two beers were the ones that stood out for me. Though, if I had a bowl of ice cream, the Imperial Chocolate Porter would have been the star of the evening.

Quite a first day. Now it’s off to home and our SF Beer Week event.