I am not talking enlightenment here, but rather the lofty goals we set out for ourselves for our trip to Seattle: eight new breweries and all the good beer bars we could get to in four days. With the help of our friend Chris Devlin, I am happy to report that we exceeded what we set out to do. 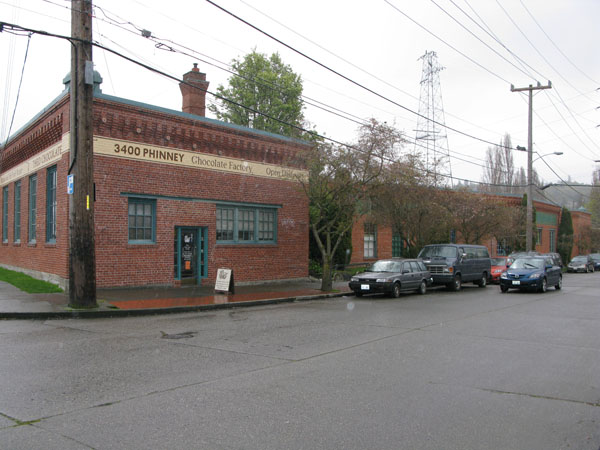 Saturday dawned rainy and cold, with me depressed because I was back wearing dreaded pants instead of my comfy shorts. Merideth and I met up with Chris and his significant other Francesca and searched out an antidote for my woe. Beer you say? No… chocolate.

The Theo chocolate factory is not just your average, run-of-mill, award-winning, organic, fair trade chocolate company… it is also housed in the original Redhook Brewery in the Fremont district of Seattle. They have free samples, too, so after a few minutes of trying an interesting array of chocolate nibbles, I was ready to face the rest of the day. 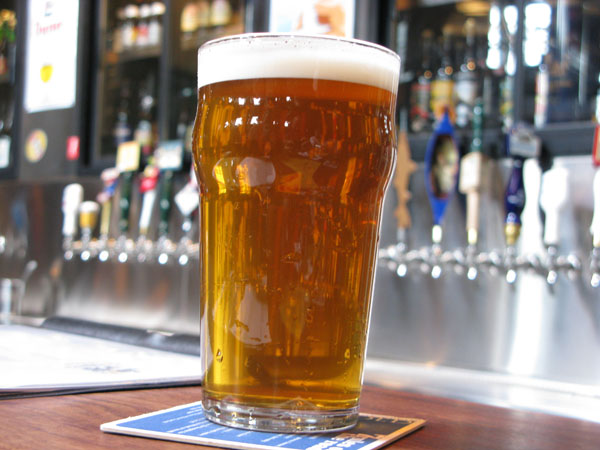 And the rest of the day began just across the street at the world-famous Brouwer’s Cafe.

Brouwer’s is on many ‘top 10’ lists of best beer bars in the United States and it is easy to see why. An incredible draft and bottle selection awaits the thirsty customer. And they have the cool glass washer thingy too.

Following my rule to always drink local brew when I can, I stuck with the Washington beers on the menu. I ended up drinking two cask ales: Hop Diggity from Port Townsend and Bosun’s Black Porter from Maritime Pacific and two keg beers: Big Daddy’s ESB from Silver City and Snoqualmie’s Spring Fever Belgian-style Grand Cru.

I don’t want to gush on about Brouwer’s, but I have to say, I feel pretty fortunate to have had a pint at some of the best beer bars in the States over the last few months… Toronado, Monk’s, Publick House and now Brouwer’s.

Though the rain had finally stopped, it was still chilly as we walked from Brouwer’s down to Hales.

I have fond memories of our first visit to Hales ten years ago, but I have to admit that we were a bit disappointed in the beers this time around. Not that they were bad, they just lacked any ‘wow’ factor. 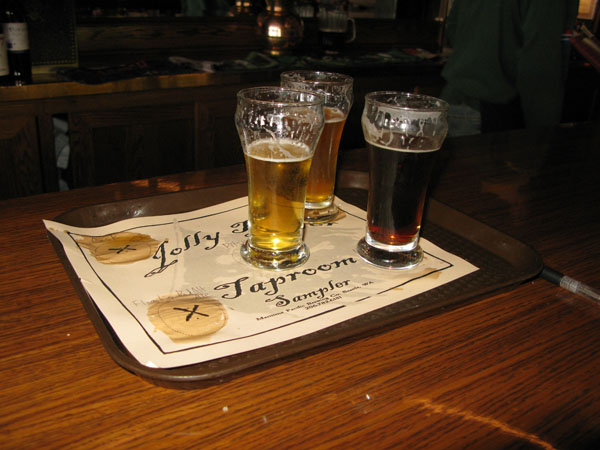 From Hales, we walked down to Maritime Pacific Brewing and enjoyed a few standout beers such as the Flagship Red Alt Ale and the Nightwatch Dark Amber.

But what really stood out was two items on the food menu. Lil Mahis are fish versions of the famous slider burgers and were to die for. And the deep fried pickles were also out of this world.

Before we hit the last brewery of the trip, we had a bit of business to take care of at Bottleworks, Brouwer’s Cafe’s bottle shop. Namely, we had to pick up the last few beers for our beer tasting next weekend. 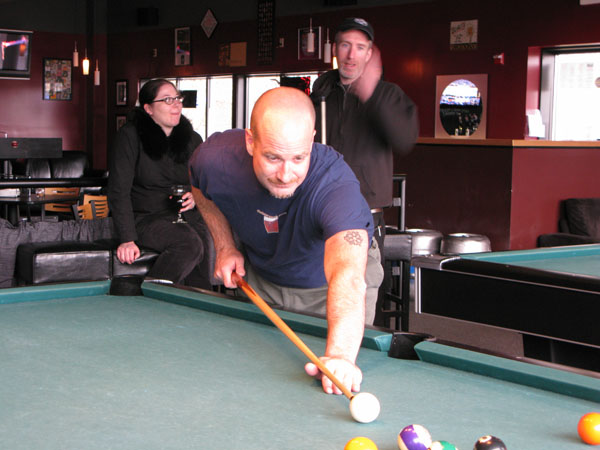 The last brewery of the trip was Stix, located on the shores of Lake Union. There is really nothing to say about Stix, except that they brewed their last batch of beer yesterday. The equipment is already sold and the brewer has a new job somewhere else. So, we got there in the nick of time to be able to count it on the list. Oh… Chris D beat me two games to one in pool… and we also got to ride the S.L.U.T.

We finished the day downtown at the Collins Pub basking in the glory of all that we had accomplished over the last four days. We visited twelve breweries- nine of which were new for us – and over a half-dozen beer bars.

I’ll admit that I came to Seattle with a certain amount of skepticism regarding it’s lofty beer reputation, but I am now somewhat a convert. I have to thank Chris D for helping me see the light.

Click here to view all the images of our Seattle adventure.