Our beer geek foursome spent the last day in Colorado in the Rockies foothill town of Boulder. Amongst its many charms, Boulder is home to one the best beer scenes in all of Colorado. 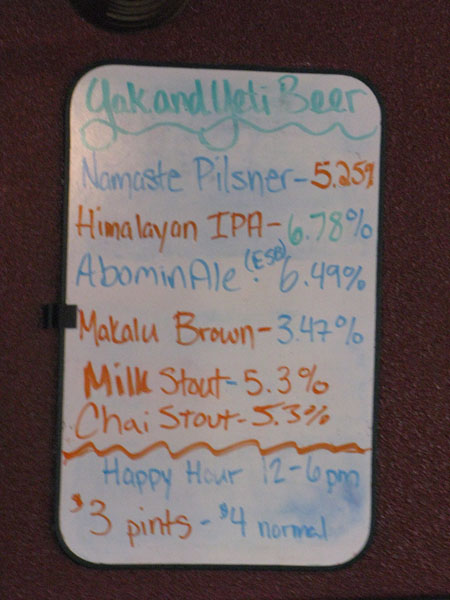 On our way there we stopped off in Arvada to check out the unique brewpub, Yak & Yeti. Their uniqueness is that they have house-brewed beer paired with  the cuisines of India, Nepal and Tibet. Not being a fan of those cuisines I have to admit my expectations were not very high.

Oh, how I was wrong. Arriving right at opening time, we sat ourselves in the pleasant little bar area and ordered a taster set. There were six house beers, ranging from Pilsner to Stout. Of note to me were Namaste Pilsner and Himalayan IPA. Merideth was particularly fond of the Chai Stout.

We also ordered a few light appetizers, Naan bread and these light crisp lentil chips called Papadams that came with four dipping sauces. Our snacks probably weren’t paired with the correct beers, but were tasty all the same. All and all a pleasing experience so I guess need to keep reminding myself to have a open mind. 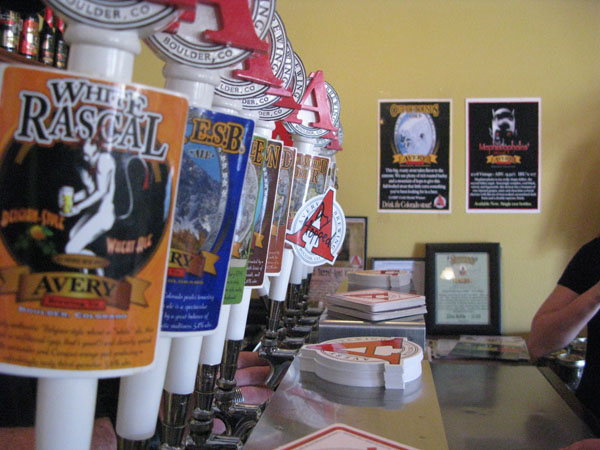 Onward to Boulder, our next stop was Avery Brewing. Located at the edge of town in a industrial park, Avery was a brewery of which I had very high expectations. One of the ‘cult’ breweries we needed to add to the list, there were a number of beers that I have been wanting to try.

It was another nice February day in Colorado so we grabbed one of the MacDonald’s playland looking tables out front with the rest of the hipster Sunday afternoon crowd. 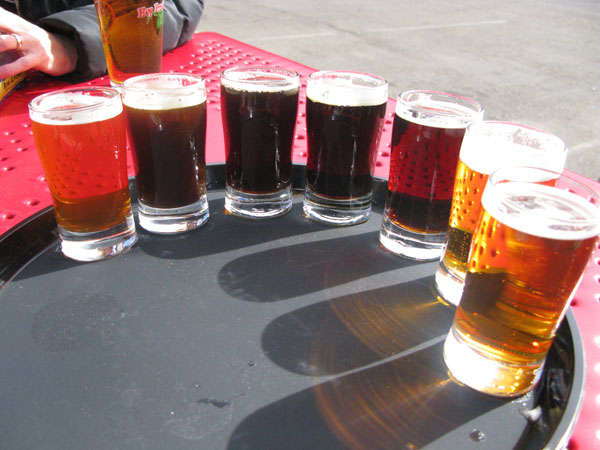 Of the dozen beers available, I chose seven samples. The most anticipated was Maharaja Imperial IPA whose release party the previous day drew a crowd of 400 people. I have had Maharaja before and it was as good as I remember. Salvation, a Belgian-style Golden Ale was also very pleasing to the taste buds.

However, the star of my little seven beer show was New World Porter, a beer that I was tasting for the first time. And thanks to the bartender for suggesting  I get three versions of it: draught, cask and dry-hopped. Most of the time I prefer cask, but the dry-hopped was the best of the three beer comparison. May I suggest a dry hopped cask version of the beer…. 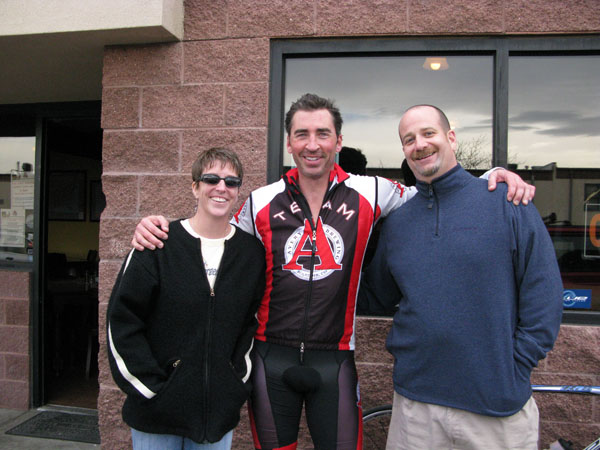 We were met by our friend Dan Rabin who, among other things, is the Rocky Mountain reporter for the Celebrator Beer News. Besides the pleasant conversation, Dan also introduced us to Adam Avery. Noticing his arrival on a bicycle, we had no idea who he was despite the Team Avery jersey.

Having lived up to my expectations, I can’t wait to go back to Boulder in the summer to waste away an afternoon at Avery Brewing. 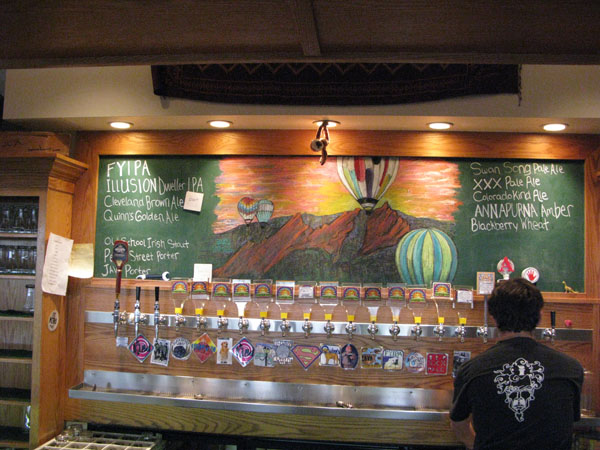 The final stop on our little beer tour of Boulder was Southern Sun, the sister brewery to downtown Boulder’s Mountain Sun. Swinging the pendulum from hipster Avery to family-friendly Southern Sun, we settled in with another taster set. After the massive beers at Avery, it was nice to throttle back on the ABV.

It would have been nice to say that we had more gas in the tank after Southern Sun. Mountain Sun was having Stout month and it would have been nice to walk around downtown. But Merideth and Matt were feeling the effects of three days of beer drinking with a nasty cold. Our trip ended with the four of us in a hotel room watching the Oscars trying a few beers that I had brought from California. We ate popcorn for dinner.