I commented to Merideth before we left on this trip that we were probably going to be punished for all the good weather we had last month in Germany. That was the impetus for us leaving an offering to St. Brigid. 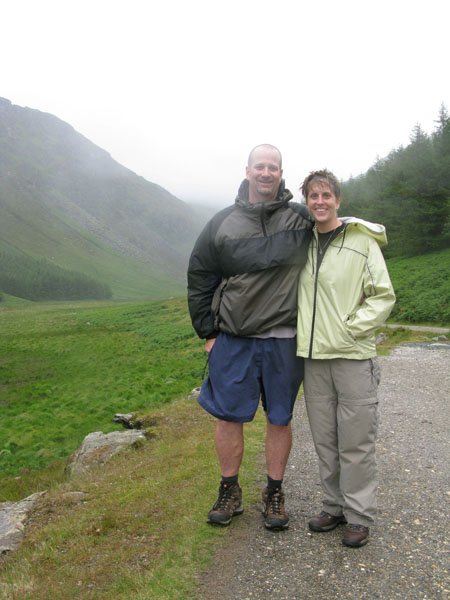 Unfortunately, the offering hasn’t been enough, as we suffer through another day of rain. We have pretty much finished up the shooting for One Pint at a Time, but instead of enjoying the natural beauty of the Wicklow Mountains, we are in a pub in Laragh enjoying pints and free wireless.

We did try to get some hiking in today. The plan was to do a 9km around the Upper Lake at Glendalough National Park. And even though it was raining lightly, we tried to tough it out but we ended up getting soaked doing a shorter 3-4km loop.

To cure our rain soaked chill, we drank a couple of pints at a nearby pub. And while we were sitting there, it stopped raining so we decided to give it another go. Guinness IS strength…

But after 3kms, it started raining again, so we packed it in for good.  Oh… and these little mosquito-type things bit the crap out of my legs.

But to catch you up on the last couple of days… the other morning, we left Cork, driving east to our last major beer stop of the trip… Carlow Brewing. Many people in the States will be familiar with their O’Hara’s Stout.

Located in the town and county of the same name, Carlow Brewing is one of the Irish breweries we first visited in October 1999. And things looked pretty familiar, as the train station was still next door.

We were able to meet with the brewer, Liam Hanlon, and he was kind enough to take time out of his busy day to talk beer with us. And I do mean busy. To keep up with demand they are currently brewing twice a day. Due to Liam’s limited time, we skipped the brewery tour and went straight to tasting. 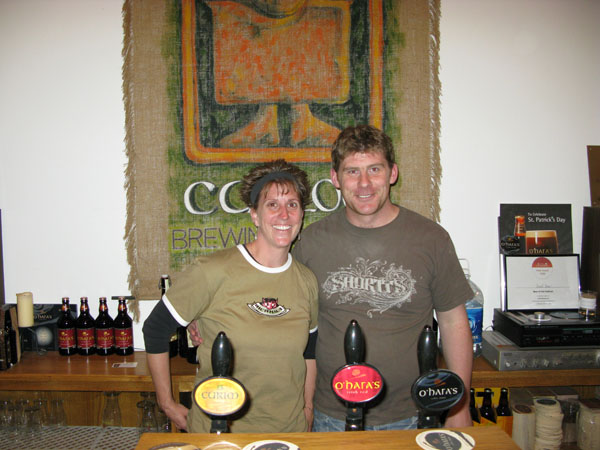 The Stout is definitely the star, with a flavor that is much more assertive than the big brand Irish Stouts.

But the Red and Wheat are also good, with the Wheat really standing out for both of us. It is an American-style wheat hopped with Cascade. If you can imagine a warm summer day in Ireland – something hard for us to do right now – Curim would be the perfect beer.

We are off to Dublin tomorrow for the last day of our trip and we’ll be flying home on Sunday. As promised, we are going to check out a few new pubs and see if I can get into Messrs Maguire wearing shorts.

Nitro Challenge Update: Merideth has yet to order a large bottle of Guinness from the shelf… she says it is too carbonated. Meanwhile, for me, there has been only two pubs that have not had bottles… The tally is now 41 pints.