As Chris’s last post talked about, the weather in County Wicklow left us a bit soggy. Did you know that it rains 175-200 days a year in that part of Ireland? In any case, we tried to the make the most of it and for the most part we succeeded.

But before I tell you about the last day of our trip, the coolest thing ever happened on Friday night at Lynham’s, the only pub in the tiny town of Laragh. 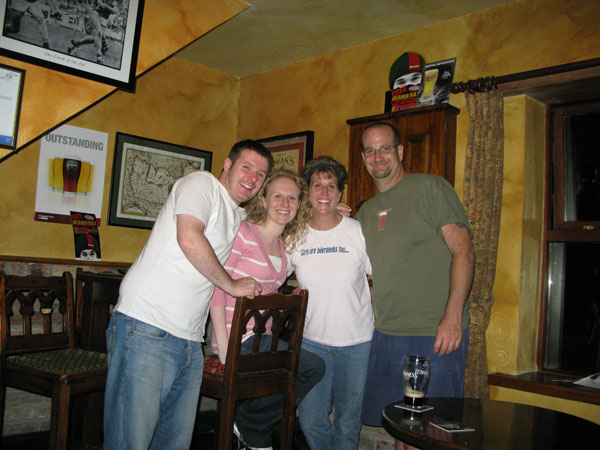 There we were, sitting at a table enjoying the free wireless, rivoted to our respective computers and drinking pints. The couple at a nearby table was apparently looking at us and whispering. As they got up to leave, the guy said “Bye Chris” and shook his hand. He then showed us thebeergeek.com that he had pulled up on his phone. They walked out before we could catch their name or invite them to sit with us.

Luckily, they came back to the pub, since it’s the only one in town. Chris and I started a brief “You do it. No you do it” discussion about going up to them. Luckily again, after they got their drinks, they came to sit at the same table as before. It turns out that they saw our shirts and decided to look up the site. We ended up talking to Glen and Alissa the rest of the evening! We now have some new friends in Dublin, which is where they live, and they may even meet us at Oktoberfest in September! 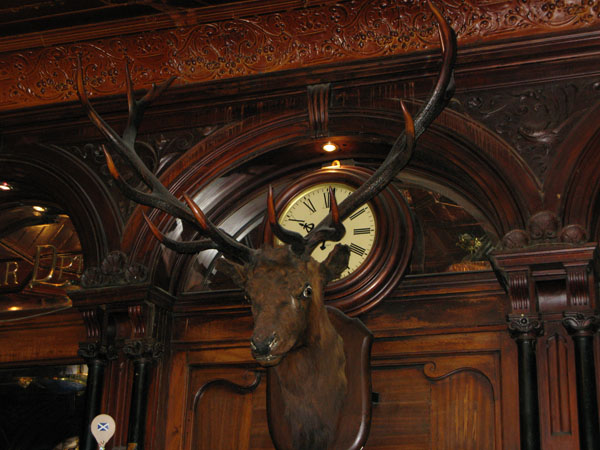 Saturday, we finished up our Ireland trip with a pub crawl around Dublin. We went to a few new pubs that Chris had seen in a travel guide and they were well worth it. The authors obviously preferred the old school ornate pubs. They were on the quiet side and off the beaten path.

Pub #1 was a new one for us… the Stag’s Head. Located down an alleyway off of Dame Street, the Stag’s Head screams old school. Opened in 1870, the pub has leather seats, stained glass windows, a mahogany bar – and yes – a stag head. They also had Guinness in the bottle so Chris could continue his streak. And I continued mine. 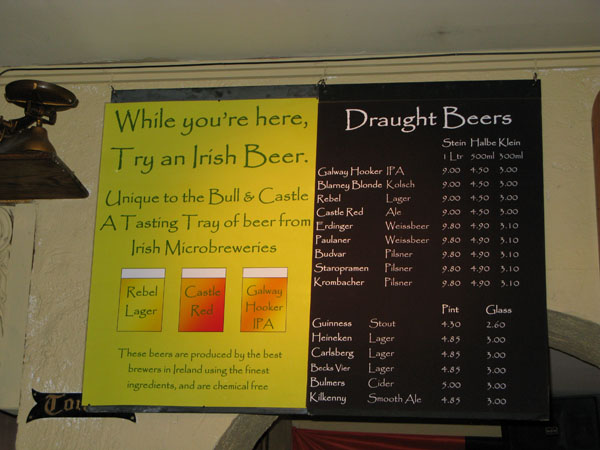 We moved on to Pub #2 which was a return to the Bull & Castle, the pub that we first visited last December.  We knew we would be able to get some pints of Galway Hooker… we couldn’t leave Ireland without quaffing a few more.

And we got some keen insights into the Irish craft beer industry from Declan, the manager at Bull & Castle.

Next stop was the Porterhouse. Originally, Chris wanted to just stop there to see what time Sliotar was playing but then remembered they had their new beer on tap; Hophead. So, we ended up stopping for a few. 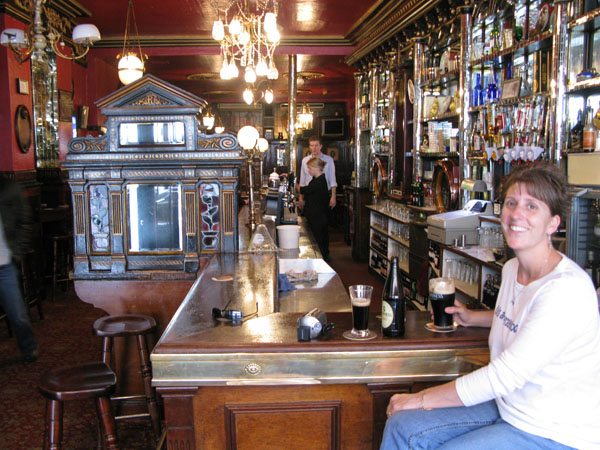 For the end of phase one of the pub crawl, we headed back in the direction of our hotel and stopped at the Long Hall, another ornate Victorian-era pub. And yet again, Chris was able to get his large bottle.

Located on South Great George’s Street just off the city center, a pint at the Long Hall is a nice change of pace from the Temple Bar craziness. The staff is friendly and the Guinness is plentiful.

After checking into the hotel, we returned to the city center to revisit Messrs Maguire, the other brewpub in the city. Chris actually got in wearing shorts and it was already the evening. They must have known who we were.

When we last visited Messrs Maguire in December 2006, they didn’t even have any of their own beer. But this visit, they did. We split a sampler tray and the beers continue to be respectable. 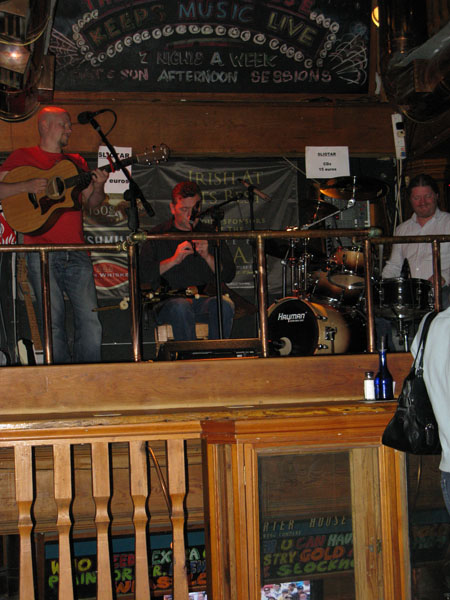 We finished up our Ireland trip back at the Porterhouse to see the house band Sliotar. We first saw Sliotar 10 years ago and on our Ireland trips we plan to be in Dublin on a Saturday or Sunday so we can see them perform.

To sum things up, we did a few of our usual Ireland things (Gus O’Connors in Doolin, listened to Sliotar at the Porterhouse in Dublin, and ate dinner at Wagamama), but we also had some new experiences that made it another fine trip!

Nitro Update: The final tally was 47 pints of beer on nitrogen. We will be donating $235 to the Angel Project.

Up next month, Oregon Brewer’s Festival at the end of July.