The first session of the Great American Beer Festival is over. And I’m glad to report that Merideth and I survived our GABF baptism. 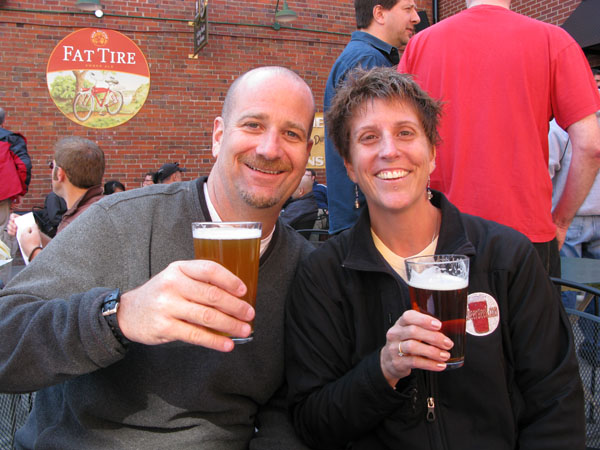 Our day in Denver began where every beer geek ends up at some time or another in Denver; Falling Rock. This epicenter of the Colorado beer scene draws people to its taps on a normal day. But during GABF, specials events and special beers ensure a large, thirsty and boisterous crowd. And when Chris, the owner, comes on the PA to announce a new special keg is being tapped, the cheers ring throughout the pub.

Not only is Falling Rock the place to see or be seen, to stalk that one brewer or blogger, it can also be home base for meeting up with friends from around the country. We spent a lazy few hours on the shaded and chilly Falling Rock patio enjoying beers with friends. The Breckenridge 471 IPA and Port Brewing’s
High Tide Fresh Hop IPA were of particular enjoyment. 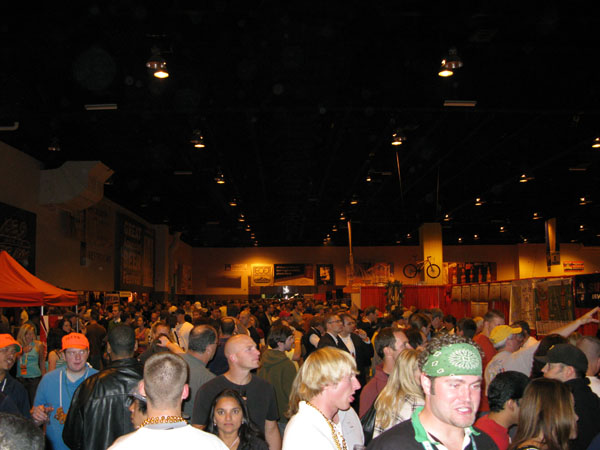 After a short stop at our hotel, it was off to our very first session of the Great American Beer Festival. Here I should add a disclaimer. We have media passes so we got to enter the hall early through a special door, bypassing the immensely huge line of people waiting to get in. We heard anywhere from 45 minutes to an hour wait so note to any future attendees…. get in line early.

Similar to Great British Beer Festival, when you walk in for the first time, the sheer size of the event is overwhelming. Add in a sold out crowd and you get a pretty awe-inspiring sight. 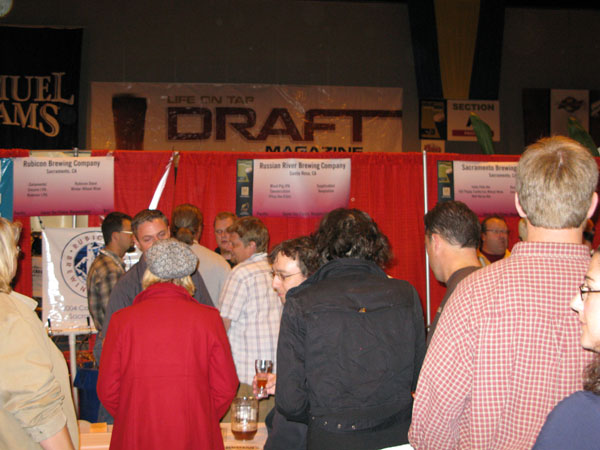 The breweries are grouped by region and then alphabetically within the region. As expected, breweries such as Russian River, Lost Abbey and Dogfish had long lines, which we avoided. We heard a number of different strategies such as come prepared with a “hit list” or concentrate on one particular region at a time but we opted for the wander continuously and just randomly choose a beer.

With such a strategy you end up with a diverse range of breweries, from Dog Brewing in Wesminster, MD (Dog Black Stout) to Ghost River Brewing in Memphis TN (Glacial Pale Ale) to Surly Brewing in Brooklyn Center, MN (Furious). The outstanding beer of the day for me easily was Pure Hoppiness from Alpine Brewing in Alpine, CA. 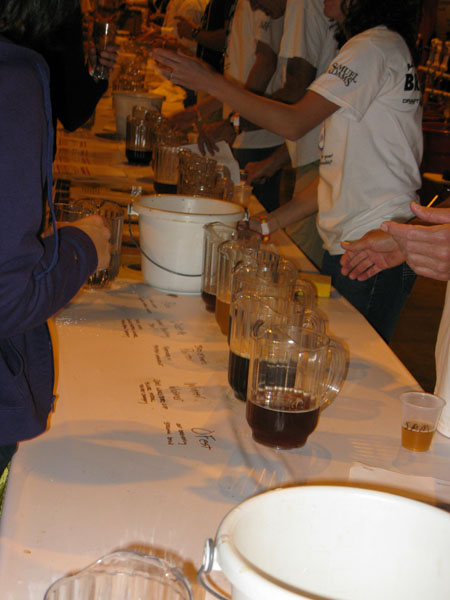 For Merideth, her favorite might have been the peanut butter beer from Blue Moon. Recommended by our friend, Jay Brooks, Merideth immediately sought out this odd brew. And it was odd, at least to me.

In the end, I think I had maybe 20-25 samples in a little over four hours. At one ounce at a time, that is barely over an imperial pint. This is probably the main beauty of GABF; you can try a large number of diverse beers from around the country and leave relatively sober. That leaves plenty of beer drinking left for one of the many after parties.