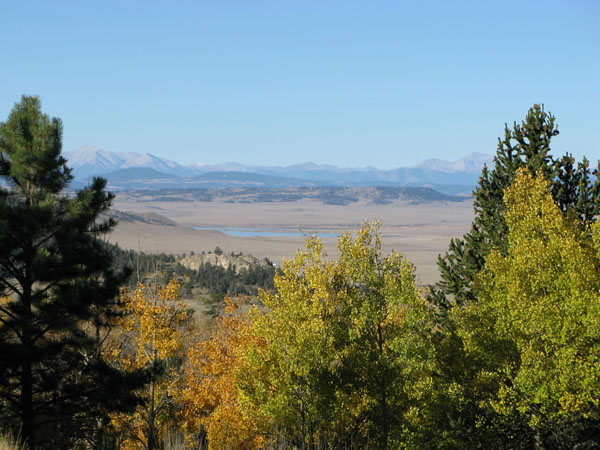 Wednesday Chris and I survived me accidentally using his toothbrush to have another great day in the Rocky Mountains. We got an early start in order to drive the three hours from Frisco to Colorado Springs. We took the back roads, which were both beautiful and interesting. On our way, we drove through the snow dusted mountains where the temperature got down to 31 degrees according to the car. We passed through small mountain towns like Hartsel and Fairplay (formerly known as South Park). Apparently South Park didn’t like the association with the politically incorrect, wrong on so many levels, but darn funny cartoon of the same name, so it became Fairplay. We thought they gave up a big marketing opportunity, but maybe that was the point. 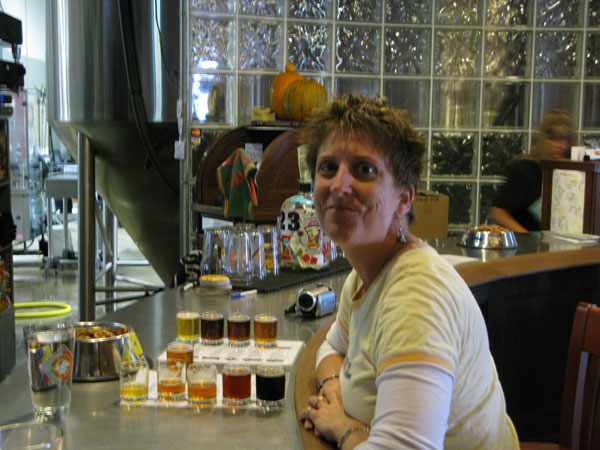 Coming into Colorado Springs, the first brewery we hit was Rocky Mountain Brewery. Attached to a homebrew supply shop, Rocky Mountain opened in June of this year. We then moved on to Bristol Brewing. It was somewhat of a sad day for me overall because many years ago I came to visit an old friend here in Colorado Springs…without Chris. At that time, she took me to several breweries, one of which was Bristol. Of course, I didn’t get to count it again, which meant that Chris gained a brewery on me. Bristol was a friendly place and we chatted with the bartender and another employee who was trying desperately to avoid studying his chemistry. We enjoyed our visit sampling their kolsch, Oktoberfest, small beer, and the Red Rocket Pale Ale, which we bought to take home. 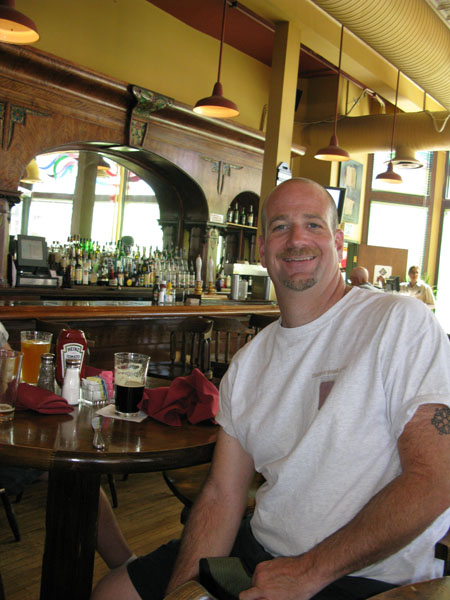 After Bristol Brewing, it was on to Phantom Canyon to meet our friends Eli and Fran. Phantom Canyon was another brewery that I was not able to count because I had already been there. While I didn’t remember the place, the List doesn’t lie. Chris gained another one on me. We ate some very tasty food as we sampled the beers. I ended up with the Queen’s Blonde Ale and Chris had the IPA.

Eli was nice enough to set up a quick 20 minute visit to Arctic Craft Brewery, which is only open to the public Thursday through Saturday. They were very busy in there loading beer for Trinity Brewing’s pre-GABF party, as well as GABF. They started us out with a few samples and having finished those, co-owner John told us to help ourselves. Chris was not shy about going behind the bar to taste the milk stout. They had some interesting beers, including a vanilla porter and a peach lager. Arctic is part of the can movement and we bought the On-On American Pale Ale in cans to bring home. 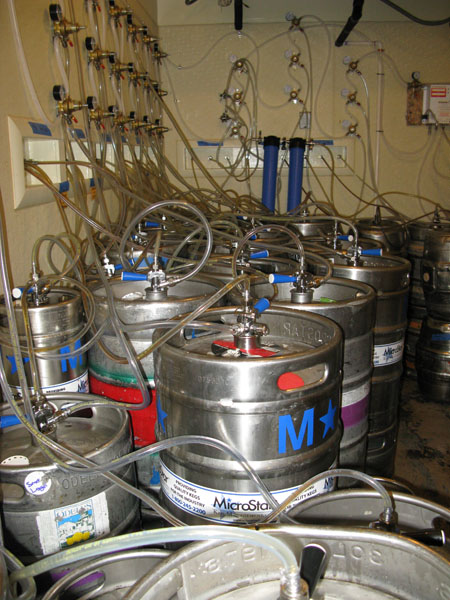 Then it was on to the focus of the evening, the pre-GABF party at Trinity Brewing. With a motto of “Artisanal beer, slow food, conscious people”, Trinity is a green, eco-friendly establishment with a great atmosphere and cute wait staff. The food offerings included almond stuffed bacon wrapped dates (very yummy!), sweet potato fries and Belgian fries. Trinity has 25 taps and the pre-GABF shindig featured all Colorado beers.

The highlight for me was seeing the ‘randler’, a tube filled with fresh hops and herbs. Co-owner/brewer Jason showed us how the regular keg of IPA is filtered through the fresh ingredients, then through a second filter to clean out any bits, then out the tap into our glasses. Not a regular IPA drinker, I liked the flo IPA, but IPA lovers might find it a bit light tasting. The beer is every bit as hoppy, but the bitterness didn’t bite me in the behind. Eli, a fellow non-IPA drinker, also liked flo.

In about an hour, Chris and I are driving up to Denver for the main event of our trip. On the way, we plan to stop in Castle Rock to visit Rockyard Brewing. Once in Denver, we are going to cruise around town to see who we can run into, pick up our media passes, and attend the first GABF session at 5:30.

So far on this trip, Chris has added 9 breweries to the List, making his total 421. I, however, have only added 7 breweries for a grand total of 418. I guess I’m falling behind.