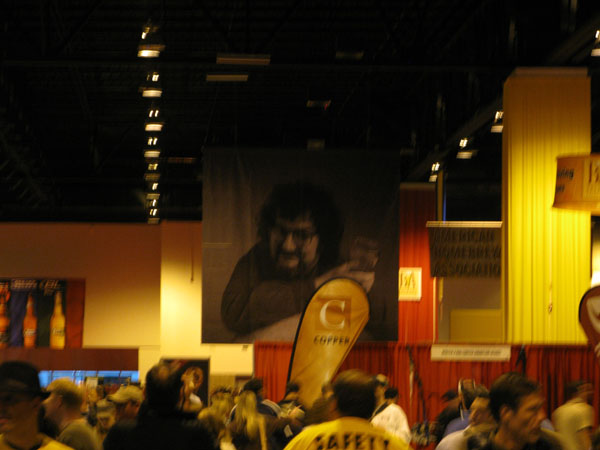 Before the medal announcement began, there were two beers I wanted to try. The Dissident from Deschutes is a Flanders-style sour brown ale and is getting a lot of press lately. As I am going through somewhat of a sour phase right now, I loved it. And the judges loved it, too, as the Dissident took Gold in the American Style Sour Ale category.

The other beer was Sierra Nevada’s Chico Estate Fresh Hop Ale.  Made from fresh hops grown at their Chico brewery, I really wanted to try this beer because I doubt I will see it in Monterey area. 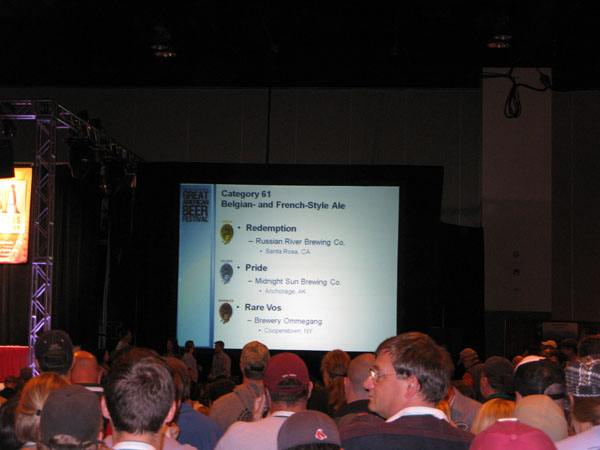 Now for the announcing of the medal winners. There are 75 different categories and each of the winners is called out and the brewers walk across the stage to receive their medal and get their picture taken with Charlie Papazian. The categories range from “Fruit or Vegetable Beers” to “American Style Specialty Lager” (swept by Anheuser-Busch) to “Old Ale or Strong Ale”

And the reading of the winners is quite spirited. The crowd cheers a win by their favorite brewery, groans when their least favorite brewery medals, and grumbles when only a bronze is awarded in the category. This actually happened in the English Style India Pale Ale category.

The most spirited group was from Iron Hill Brewery whose various locations walked away with six medals. Probably numbering a dozen, they would shout and jump for joy whenever they were announced as a winner. The group had matching shirts with the motto “Our beer snobs can beat up your wine snobs”.

The other big winner was  Firestone-Walker, which hauled in an impressive six medals. Although it is two hours away, Firestone-Walker is part of the Central Coast so we are now adopting them as our local brewery. 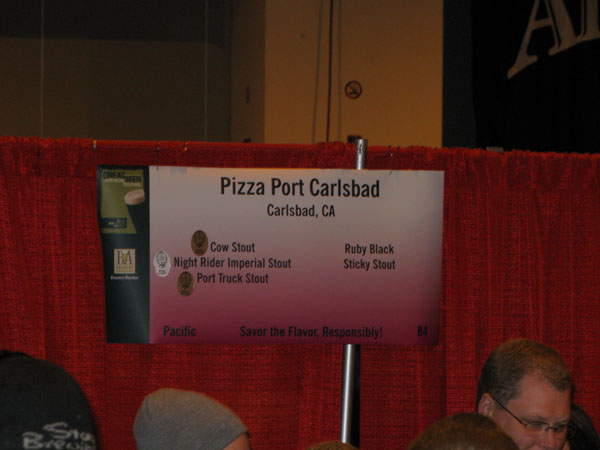 Once the medals are announced, the crowd scrambles to go sample the medal winning beers. And as if magic, the brewery signs that display the names of the beers suddenly have little gold, silver or bronze medal sticker next to the winners.

In the scramble I managed to sample three medal winners.

Arquebus, from our Boston favorite Cambridge Brewing, won in the Experimental Beer category. And experimental it was. Described by the brewery as a summer barleywine, Arquebus had a syrupy sweet character that reminded me of an ice wine.

From our local medal winner Firestone-Walker, I tried was Pale 31, which won bronze in the American Style Pale Ale category. They also won Gold in this category.

Finally, I tried Bishop’s Tipple Trippel from Main Street Brewery in Corona, CA. Winner in the Belgian Style Abbey Ale category, my main motivation in trying their Gold medal winner was that when we visited the brewery years ago, we found the beer lacking. It has definitely improved.

With the session winding down, the last beer we searched out was Sexual Chocolate Imperial Stout from Foothills Brewery in Winston-Salem, NC. Of course, the name was a draw, but the beer was very chocolaty and at 9.75% VERY much an imperial stout. 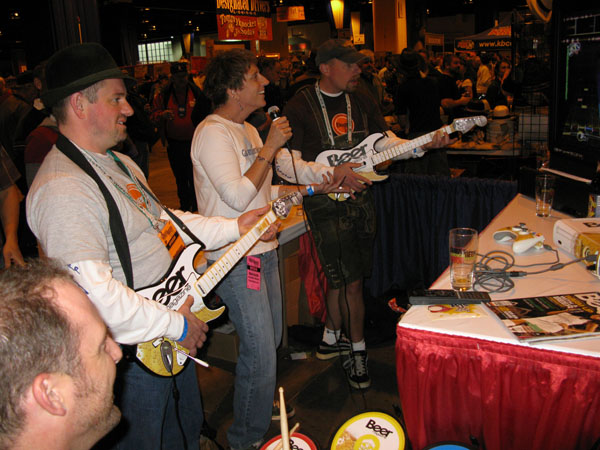 Merideth finished up the afternoon playing guitar hero with our friend Brad Ruppert and his crew from Beer Magazine. She was able to belt out Duran Duran’s “Hungry Like the Wolf” to the enjoyment of the gathered crowd. Unfortunately, her band failed on their attempt at the GoGos classic “We Got the Beat”.

Our first GABF is over and we survived. We only tried about 50 of the 1,967 beers available but we had a great time at what has to be America’s greatest beer spectacle.