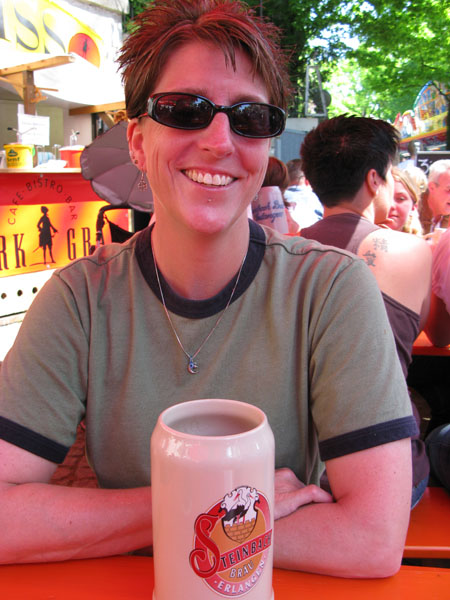 In my recent Top 10 blog, I mentioned that I liked the Bergkirchweih Beer Festival better than Oktoberfest. And, after going to the Berg for the second time, I still hold to that.

In fact, Chris says that I can officially state that thebeergeek.com prefers the Berg to Oktoberfest. There are many reasons that I like it better. First of all, it is a German’s beer fest. While the time changes slightly each year, for the most part, the Berg happens before the start of tourist season, so there are not many foreigners present. I think the only English we heard was from our own mouths and the mouths of those brave enough to try to talk with us.

Next, is that the Berg is smaller and much less overwhelming. That’s not to say that there are not a lot of people. Saturday night was packed with very young, very rambunctious people (read: drunk). I think I waited in line for the toilet for 45 minutes! You learn fast to better plan for bathroom stops. Sunday, Mother’s Day, was much more manageable and I think I only waited about 15 minutes for the toilet. 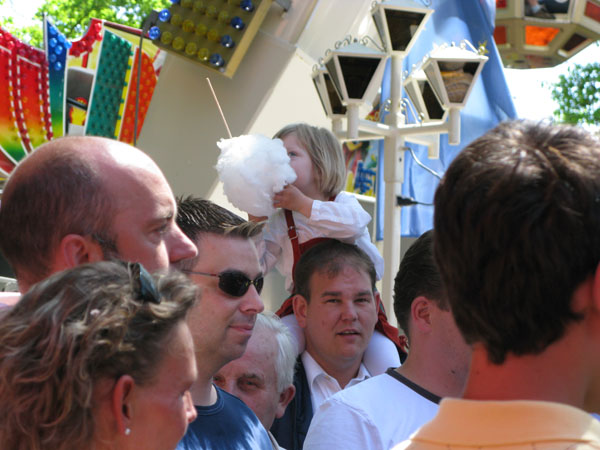 Mother’s Day brings me to another reason I like the Berg; it’s family oriented. This can be good or bad. It’s good in the sense that you can bring in your own picnic, water, etc. People even bring table cloths to put down as they pull out their picnic spread. The bad part is that the kid factor can be a bit much for non-breeders like us.

Yesterday we were playing scrabble when our table became overrun with a mutli-kid, multi-adult group. At one point, one of the men said “Your peace is over, with kids and Latins at the table”. (They were all speaking Spanish). He was right, but I wasn’t too worried until one especially active youngster, Christian, was practically sitting on my lap. I lost the scrabble game, by the way. 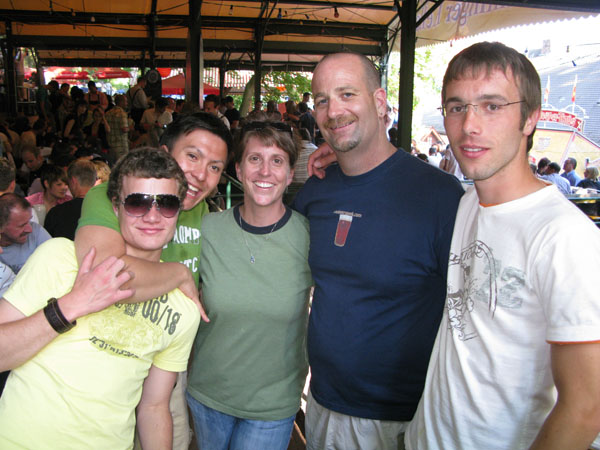 Overall, we had a great time at the Berg. The beer was plentiful, the people were friendly, and the weather was exceptional. All and all a recipe for a great beer festival.

Today we are trying again to get in a Bamberg brewery and a few others on the way to Rödental, our final stop for tonight. We learned yesterday that today is a religious holiday, Whit Monday, so we’re hoping that places will be open. I was assured last night that even religious holidays can’t keep the Germans away from their beer. Apparently Mother’s Day doesn’t either.