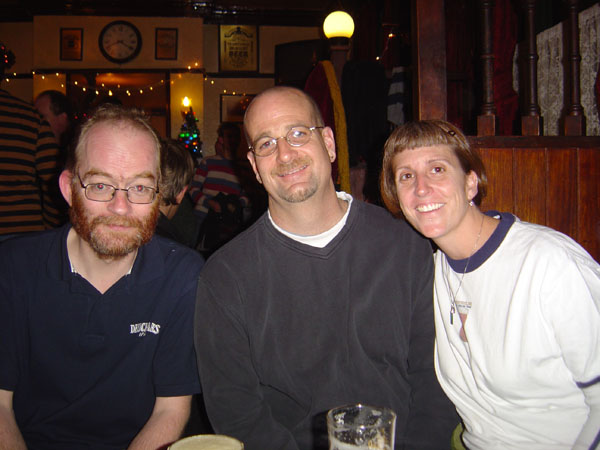 We made it safely to London yesterday… our flights were quite uneventful (except for the fact that Damian Lewis was on our flight… For those not a fan of Band Of Brothers, he had the lead role of Richard Winters). We even landed early but that was negated by sitting on the tarmac for 45 minutes waiting for a gate to be available. Even with that delay, we were at our hotel room here at Paddington within 2 hours of touching down.

I tried 8 cask ales in the course of the evening… which leads me back to one of my pet peeves in the beer industry in the States right now. Every beer doesn’t have to be over 7 percent… It’s OK to brew a 4% beer. Several of the beers I tried last night were even below 4%. And they were good! 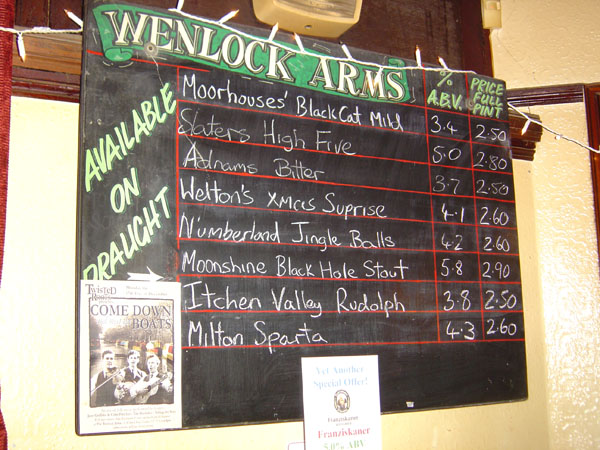 Four of the beers were Christmas ales… much different from the ones brewed in the States. The use of spice is much more subtle… I’m not making a judgment good or bad…

The two highlight beers were the Moonshine Black Hole Stout and “Colorado” IPA from Red Squirrel, a west coast style cask IPA. Absolutely amazing! I am hoping to get another pint of the IPA today but Paul says it probably will be gone by the time we get to the Old Fountain tonight.

Speaking of counting beers, we were introduced to John at the Old Fountain (and later saw him at the Wenlock) who has a book that lists all the pints he has drank (a tick list or a ‘scoop’ as Merideth likes it called). John’s book has over 9,400 beers listed… something our friend Chris probably would appreciate.

What’s on tap for today? Merideth visits her 350th brewery when we take the Fullers tour later this morning. And we are going to visit a few other pubs… and hopefully check out the Chinese terra cotta army at the British Museum… and St Paul’s Cathedral… and Tower of London.