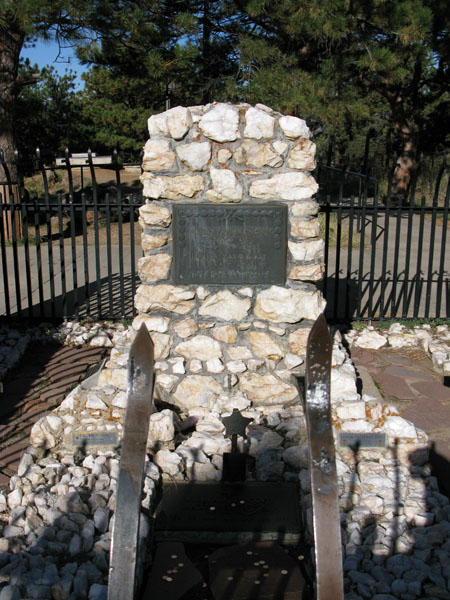 I have no problem admitting that Merideth and I are Europhiles. Yesterday, when we were on a bus shuttle at LAX, we saw a Swiss Air plane taxiing to depart. I immediately turned to Merideth and commented how it would be nice to headed to the Swiss Alps. Two minutes later, we saw the Aer Lingus flight take off for Dublin.  I immediately mused that it would be nice to be heading to Dublin. But we weren’t going to our beloved Europe, rather Colorado.  But, I have to admit, Colorado is a pretty nice destination to visit especially if you like beer.

We were on I-70 early heading west early this morning as we had a beer agenda; four breweries to visit on our way to Frisco. Luckily, we were on the move early enough to be able to take a detour off the highway to visit Buffalo Bill’s grave which is perched atop Lookout Mountain. Not a planned stop, I got enticed by one of those signs along the highway. The bonus was that you could see the Coors brewery in Golden from the vantage point. 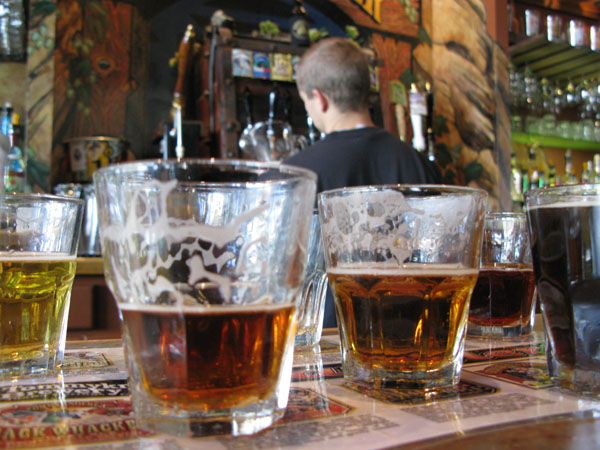 Our first ‘real’ stop was Tommyknocker Brewery in Idaho Springs, a short  drive outside of Denver. A quaint little town, Idaho Springs was where the Colorado gold rush began, so everything about the town and brewery is mining. A “Tommyknocker” is a mine fairy and they can be either mischievous or friendly.

I also enjoyed the Rye Porter and Bitter Brewer, a Tommyknocker seasonal.

Then it was on to Dillon where our day took a disappointing twist. The plan was to go to Dillon Dam Brewery, but they were closed today and tomorrow for “repairs”.  This begs two questions. One, why would they close the two days before GABF when thousands of beer geeks arrived several days early to check out the Colorado beer scene. And more importantly, didn’t they read our blog and see that we were coming?????? 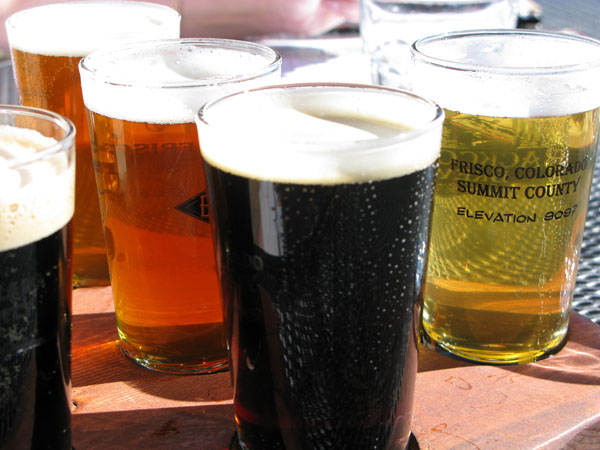 Being the professionals we are, we quickly recovered as our final destination, Frisco, was only a few more miles. We quenched our thirst at Backcountry Brewing, elevation 9,097 feet.

I actually had some concern about the elevation as I don’t do well in the higher elevations. Several times at 11,000 feet, I have had anxiety attacks and the only cure was going down. But I must have found a new cure, beer!

At Backcountry, we had a seven beer sampler, the highlight being the Telemark IPA and another breakfast beer aptly titled Breakfast Stout. If there was ever a Stout that could be a a substitute for your morning coffee, this was it. 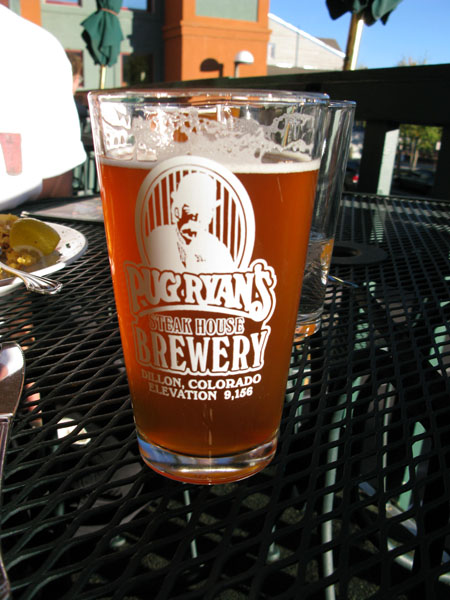 After two breweries, it was time for some exercise. We decided to walk back to Dillon along the reservoir trail and finish our day at Dillon’s other, and hopefully open, brewpub.

It was a two hour walk so we had developed quite a thirst by the time we found Pug Ryan’s. The highlight beers were the multiple GABF medal winning Pilsner (Silver 2007, Gold 2005) and the brewer’s first ever attempt at a Saison. It was pretty darn good for a first time out.

Now for the meaning of the blog title… After some food and a game of scrabble, the plan was to take a taxi back to our hotel. Much to our shock, they don’t have taxis in the area and we were not looking forward to a two hour walk back to Frisco in the dark. After much scrambling to figure out what to do, they ended up offering to give us a ride back to our hotel. A huge thank you to the bartender Chris for dropping us off at our hotel. Now that is customer service. If you are ever even remotely close to Dillon, Colorado, be sure to give Pug Ryan’s your business. Any business willing to go that far for a customer deserves as much business as possible.