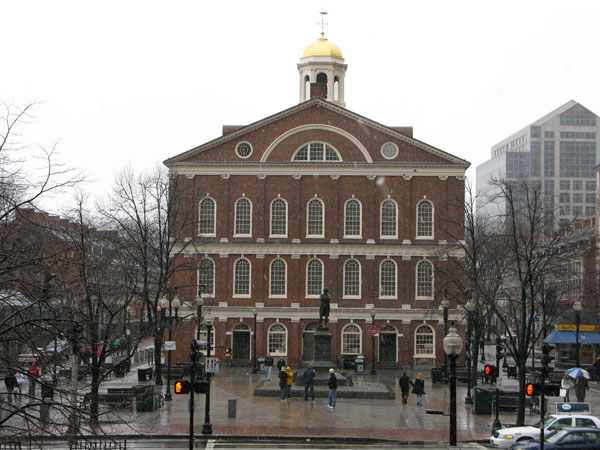 As I have said many times, Merideth and I are creatures of habit, so when we go to Boston we usually end up at the same places year in and year out. It is not really a bad thing because we hang out at some pretty cool places and drink great beer. Also, in our defense, we kind of had to go to all the old haunts for our episode of One Pint at a Time.

Mother nature is a creature of habit too. So, when we woke up Saturday morning in Portsmouth, NH and it was snowing, we were back on familiar ground. It has snowed almost every time we have been here for Paddy’s Day.

Since St. Patrick’s Day is on Monday (and Saturday, too, if you are good Catholic), I think people are treating this as a three day party weekend and places are going to be jam packed. 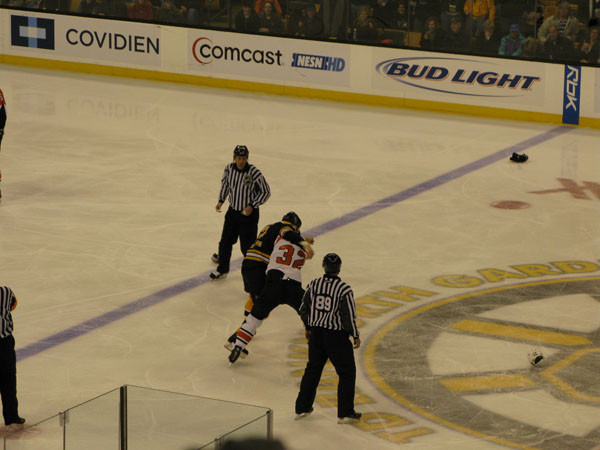 Boston is such a sports crazy town and we recommend to anyone who visits to take in some sporting event.

Our particular passion is hockey so we had the Bruins v. Flyers as the first event of our day. Since this is not hockeygeek.com, I won’t bore you with the details of the game. The Bruins won 3-2 in overtime after tying the game with 15 seconds left.

But beers were needed prior to the game so we stopped at Boston Beer Works which is conveniently a block from the TD Banknorth Boston Garden (or whatever it is called now). Beer Works also has a location next to Fenway Park. And one in Salem, MA as well if you are into the witch thing. 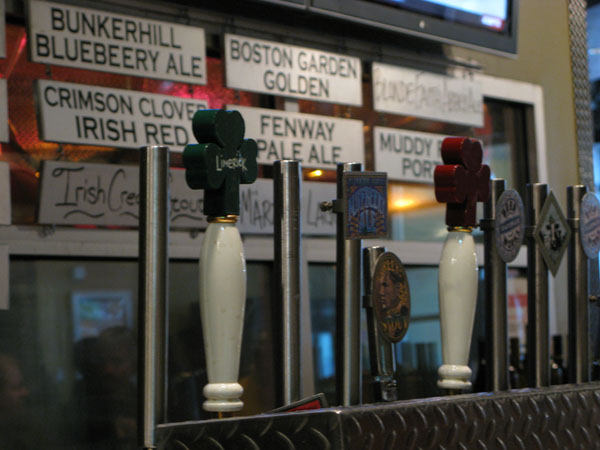 Beer Works is one of those breweries that maybe does a few too many beers – I am not saying any are bad – but there some really gems in their lineup that I think get lost in the sheer number of beers. I particularly enjoy their Curley’s Irish Stout, Fenway Pale Ale and Beanpot Brown.

After the game, we were off to the Harpoon Brewery to pick up some beer for our tasting and to meet up with our friend Brad Ruppert. Oh, we also tasted some of the free beer they pour.

A 15 minute walk from central Boston, Harpoon is a must stop on a tour of Boston. In case you missed it in the previous paragraph – free beer. All you have to do is listen to a short talk about the beer and the staff keeps on pouring. But be a good beer citizen and please buy something. 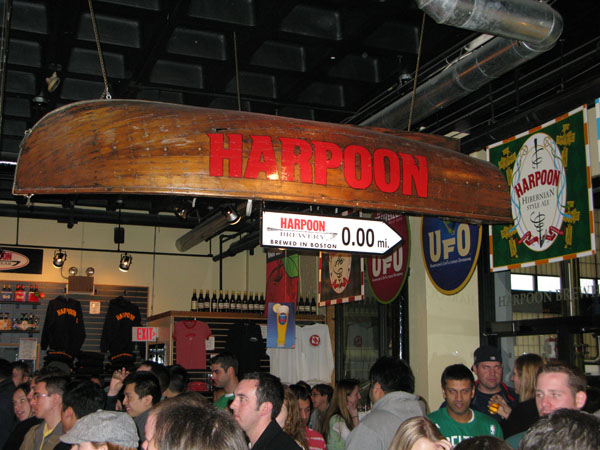 Our visit to Harpoon was the first evidence – well second if you count the long lines to get in the Black Rose at 4pm on Saturday – that things are going to be crazy this weekend. We walked upstairs to a packed tasting room; something we have never seen on the past 4 visits.

Once we finished at Harpoon, the next stop was of course the Barking Crab. Seafood shacks are pretty famous in these parts and the Barking Crab is no exception. It doesn’t look like it from the outside (hence “shack”) but there you will get some of the best seafood in Boston and a good beer selection too. I chased down some wonderful fried clams and oysters with a few Harpoon IPAs. Merideth had some Ipswitch Ale with her lobster roll.

Last night’s excitement at the Barking Crab was that there was a Paramount Pictures private party where Ben Kingsley and Leonardo DiCaprio were going to be in attendance. We tried to crash the party but our beer credentials weren’t enough to get us entrance. 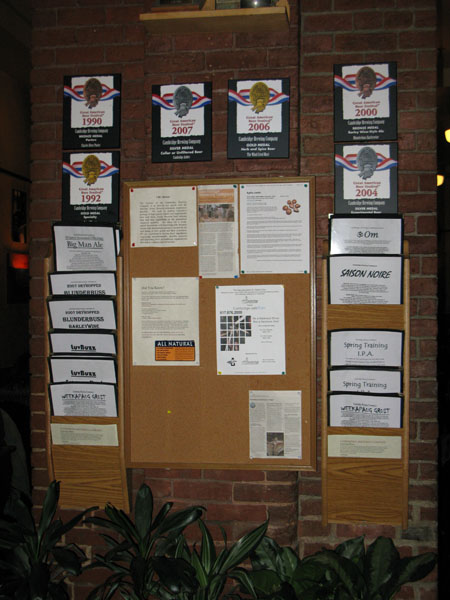 Then it was on to Cambridge Brewing for a nightcap. I think they brew the best beer in Boston and the though it is not the easiest brewpub to get to, it is worth the trek. We only know how to get their by landmarks: Get off the Red Line at Kendall Square, walk down to the Legal Seafood and hang a right. Go left at the Residence Inn, cross the street and then go off to the right after the billboard. It’s a little way down on the right.

As I said, I think they brew the best beer in Boston and the IPA, porter and stout didn’t change my mind. Merideth tried a 9.4% Belgian golden ale called Om and actually liked it. Merideth is really starting to branch out.

Cambridge was a great last stop to finish a good beer day.