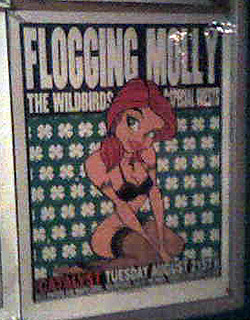 We had the pleasure yesterday to drive up to Santa Cruz and see one of our favorite bands, Flogging Molly, perform as well as spending a nice evening in Santa Cruz looking for a few pints.

We started out at 99 Bottles which, I have to admit, I am not sure how much I really like… but we always end up there. Maybe it is because we like correcting their little beer list pamphlet.

It all started several years ago when we were at 99 Bottles and in their beer pamphlet they listed “Anchor Steam Amber”. Merideth was in one of her uppity ‘girls are beergeeks too…‘ moods so she told the bartender that actually Anchor Steam wasn’t an amber style beer; in fact it was it’s own style. The bartender’s reaction was disinterest at best; though the pamphlet no longer says “Anchor Steam Amber”.

Back to last night… so when we go there now, I take out a pen and correct mistakes in the beer lists that are in my general vicinity. The mistake that has been around for quite some time that I was working on last night… in their glossary of beer terms, they say a Pilsner originated in the town of “Pilsner” in “Czechoslovakia”. As we all know, the town is Plzen (or Pilsen) and Czechoslovakia split up into the Czech and Slovak republics.

After that, we headed to the Catalyst and hung out waiting for the show to start. I like the Catalyst not only for their good beer selection but they don’t charge $9 for a Sierra Nevada like some concert venues.

Oh… and Flogging Molly was amazing as always.

→ More beergeekTV news… One more episode plus some bonus footage is now available for your viewing pleasure. Visit the beergeekTV page to watch “The Making of Beer Tasting” and Merideth’s interview with Craig Wathen, the owner of City Beer in San Francisco. Next episode of One Pint at a Time… “the Berg”… the second largest beer festival in Germany.

I will be the first to admit the Monterey Peninsula is not a beer mecca – definitely not a place that people would expect passionate beer lovers like us to live. But this is where we grew up; it’s home and we have to take the good with the bad. In the end, when you go to a pub and have to settle for Sierra Nevada Pale Ale, one of the world’s classic beers, things are not too bad. 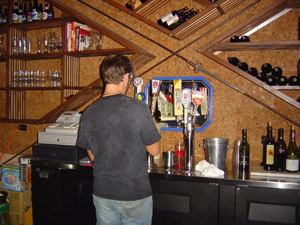 Every now and then, there are adverts in the paper for establishments claiming to be the new craft beer heaven on the Peninsula, but in the end they pretty much have the same beer as every other establishment… what the major distributors push on them.

So, when I saw an advert for the Ol’ Factory Cafe in Sand City, I was skeptical and not just because it was in Sand City; I had seen the claim too many times before.

I have a new place where a lot of my beer dollars will be going and more importantly, I have a place to bring out of town beer friends that I can be proud of. Speaking of beer dollars, Ol’ Factory Cafe is cash/local check only… no credit cards.

So, it is time to spread the word… the Ol’ Factory Cafe is THE place for beer on the Monterey Peninsula.

→ Our latest episode of “One Pint at a Time” is now up. Visit the beergeekTV page to watch “Beer in Italy?” and our other episodes.

We made it safely back from the Pacific Northwest and now after June and July full of travel, we get to spend some time at home and rest. Well, not exactly. 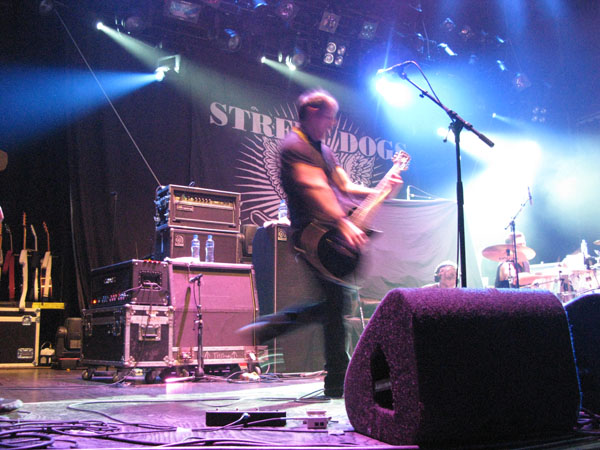 August begins with a bang as we are off to the City to see one of our favorite bands, The Street Dogs, play at Slims. Not sure where we are having a few pints before the show but if you have any ideas, email me…The same weekend, we are putting on beer tasting at our house where our friends will get to sample the 10 different beers we brought back from Oregon and Washington.

We return to the city the next weekend for a 21st Amendment beer dinner put on by our friend Bruce Paton at the Cathedral Hill Hotel. Plus there is 20th Anniversary happenings going on over at Toronado the same night. 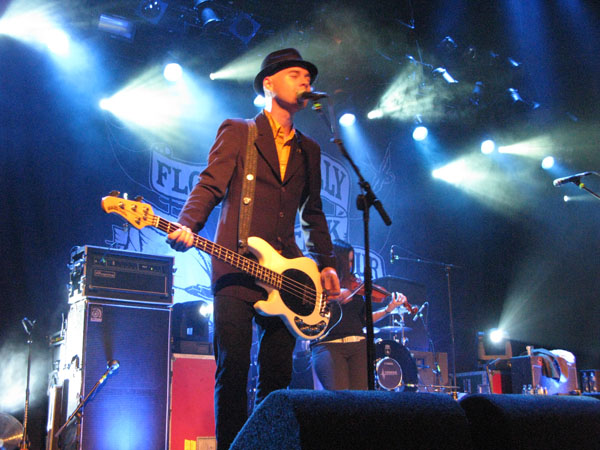 We keep the foot on the gas with a Flogging Molly show in Santa Cruz on August 21st. We will be having a few pints before the show at the Poet and Patriot and then at the Catalyst during the opening band(s). Be sure to meet us for a pint if you are going to the show…

I was a little nervous yesterday going to the beer festival because I knew it was a practice run for the Oregon Brewer’s Festival in a few weeks. Chris and I had already talked about both of us needing to be more outgoing in approaching people for beergeekTV segments. I got my hair cut, did my nails, and planned on one of my “girls are beergeeks too” shirts and tight jeans. Even though it was not the most provocative outfit, I thought I had to at least act like a girl in order to get some attention. Well, I got none. I think my shirt appeals to hardcore female beer drinkers . . .well, women who really know their beer. And maybe males who know their beer who say they want a shirt for their wives/girlfriends. There weren’t too many of either of those, so I got no comments and no opportunities to promote thebeergeek.com/beergeekTV. In that respect, it was a little disappointing, but overall the festival was entertaining. . . lots of happy young people drinking beer. And it was fun hanging out at the Carmel Valley Brewing booth. We also hooked up with a few friends, so at least we had people to talk to about beer. The experience helped to remind me that even though it is good to get stuff for the site, it is still about having fun and enjoying good beer with good friends!

We survived another Monterey Beer Festival and congrats to Jeff Moses for putting on a packed event. There were a lot of events going on this weekend on the Peninsula so the size of the crowd was impressive. There were a number a great beers and we had some good craic with friends. The only negative about the festival was that most of the breweries ran out of beer several hours before the end. We didn’t do any filming for beergeekTV mainly because the bands were so frickin’ loud. I guess that is my second negative. And if I had one piece of advice for Jeff, it would be no more marketing gimmick beers… no more ‘stripper ale’ no more ‘nude beer’….

Our neighbor, Carmel Valley Brewing was there and Dean’s pale ale I have to say was a hit. It went very quickly… Of the beer I had not tried before, the ESB from English Ales in Marina has to be the best beer I have tasted from them in years. Other than that, my hats off to Green Flash from San Diego for their IPA and Firehouse in Sunnyvale for their IPA as well.