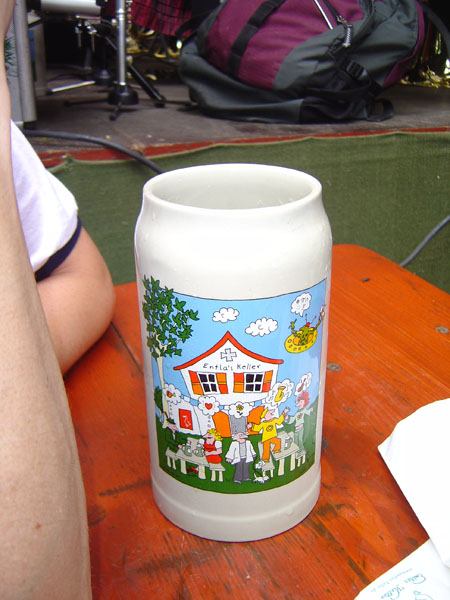 The Year in Beer gets cranked up a notch as we make our first of five trips to Europe this year. The May edition of the YiB visits the Franconia area of Germany, one of the richest beer brewing regions in the world. And to top that off, we will finish up with a YiB side trip with our friends Ute and Wolfgang, catching three Flogging Molly shows on successive nights.

Not having the time to explain the geopolitical history of Franconia, for the sake of this preview just think of it as an area that stretches across several German states including northern Bavaria. Sprinkled throughout the region are some 300 breweries making some of the best beer in the world. And you wonder why we keep going back?

We will get 12-15 new breweries which puts both of us within striking distance of 400 breweries. [For those having nothing to do at the end of July, I anticipate both us reaching the milestone in Portland.] 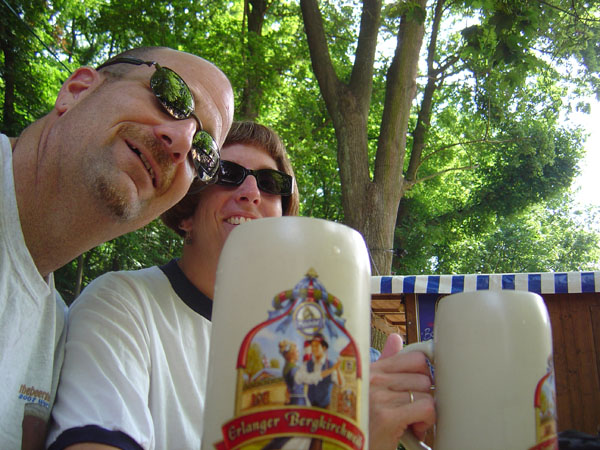 Our trip begins with a return to the second largest beer festival in Germany, the Bergkirchweih Beer Festival in Erlangen. We had a such a good time last year at “the Berg” we wanted to go back. And with almost a year of video experience behind us now, maybe we will be able to do it a bit more justice.

We will also be returning to Bamberg to hit two of the breweries we missed last year. And maybe we can even find the ‘secret brewery’ that eluded us in 2007.

And we finish up the Franconian portion of the trip with a pilgrimage to Rodental, the home of the Hummel figurine factory. 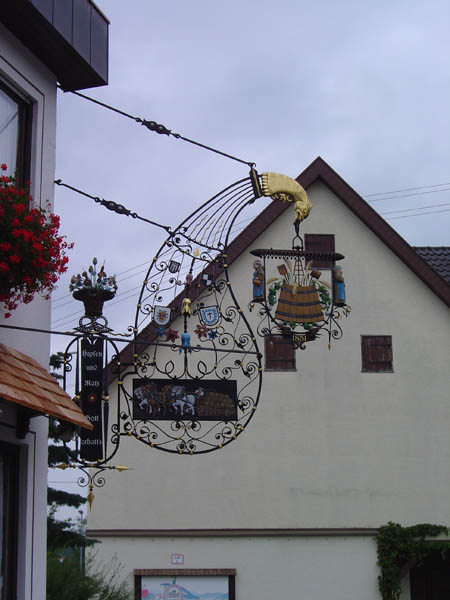 We will also introduce you to one of the greatest inventions known to mankind; the brewery-hotel. While there are a few here and there in North America, there are hundreds of them in Germany.

Usually family-owned, we have stayed at a number of the brewery-hotels and find them to be the nicest, cleanest and least expensive accommodations in Germany. And since they make their own beer there isn’t too far to stumble from the biergarten or braustubl to your room. We will be staying at two of them during the trip.

After our whirlwind tour of Franconia we have another YiB side trip, meeting up with Ute and Wolfgang in Cologne for the first of three Flogging Molly shows on successive nights. Besides being huge FM fans, we are also huge fans of Kolsch, the native beer of Cologne. And Ute says she knows a place where we can get pints. The little glasses are cute but it is only two gulps for me. It gets annoying when you have to reorder every other minute. 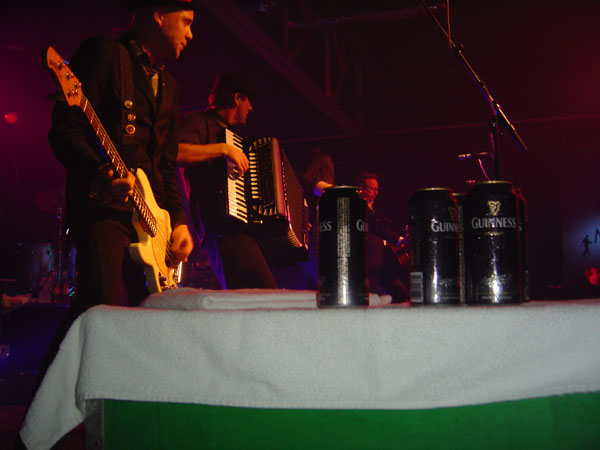 The second show is in Munich where we are very excited to show our German friends our favorite haunts in that great city. Merideth is particularly excited to bring Wolfie to Weisses Brauhaus where the matronly waitresses can sometimes get a bit snarkey. I think we are also going to try to go to the brewpub at Munich airport.

Finally, the last show is in Vienna… our first visit to this historic city. No time to sightsee though… there are two brewpubs to hit plus the Flogging Molly show.

All and all, a beer filled trip worthy of the Year in Beer.

On an administrative note, we have made every effort to blog on each day of our YiB trips but this might come to an end. I am just not sure of our Internet access but we will make every effort to keep up our practice of posting daily.