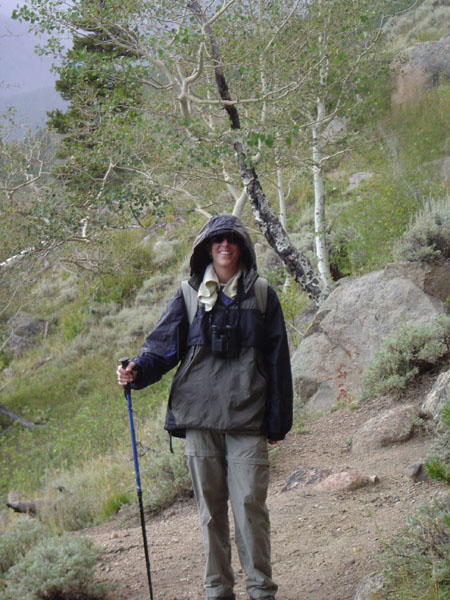 So we arrived in Colorado Wednesday night without problem. However, we were both a bit tired, so we opted out of driving into Denver for our first brewery of the trip. Starting a little late for us, we didn’t hit our first brewery until Thursday afternoon (16 hours into the trip) after getting rained/haled on at Rocky Mountain National Park (we only hiked a total of 3 miles before the thunder and lightning came). We were soaked! So we decided to dry off at Estes Park Brewing, located right outside the entrance to RMNP. So, it is perfect for a beer after a long hike (or a short hike and soaking).

But, the real fun started when we went to Pumphouse Brewing in Longmont. We had great craic talking to this guy named Ron, who apparently used to work there. And the bartender was great too! Good luck to him. . .he’s getting married on Sunday. Pumphouse had a passionfruit-mango wheat, which was actually good. I think the light taste of those fruits made it not so sweet. Unlike a raspberry wheat we had earlier, which was very sweet. 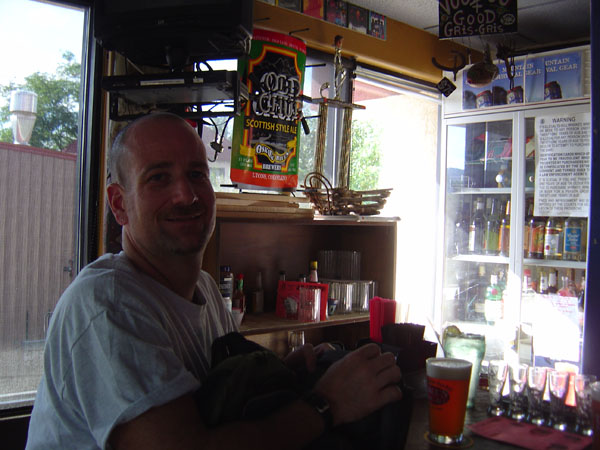 After Pumphouse, we headed to Lyons, Colorado and Oskar Blues. They were the first craft brewery to go can. We had a great time talking to the bartender Mark and listening to him tell his latest mountain biking horror story. Mountain bikers are a crazy lot, I must say! We also talked to a couple of other guys at the bar. I was hoping that Mark would say a few words about the can movement on camera, but he was shy and politely decined. Then the sales rep, Chris, came in and he was not shy at all! Gotta love those sales types, they’re great to hang out with! Look for him in our Colorado episode of beergeekTV. I also loved the way Mark slyly made his way in next to Chris when he was talking and so in the end, we did get Mark on camera!

A few funny observations from the day: 1) Carla Tortelli (Cheers reference) must be a big influence here in Colorado because two of the three places had pregnant waitresses! 2) On our way to Longmont, we saw a chainsaw wood sculpture place that had a huge line of flags flying above it. Observant me noticed that the gay pride flag was smack dab in between the Confederate flag and the Army flag! I figure that the owner must be a gay Army veteran from Alabama!

That’s it for now. . .we have 5 breweries planned for today, so one of use will be sure to tell you all how that turns out!