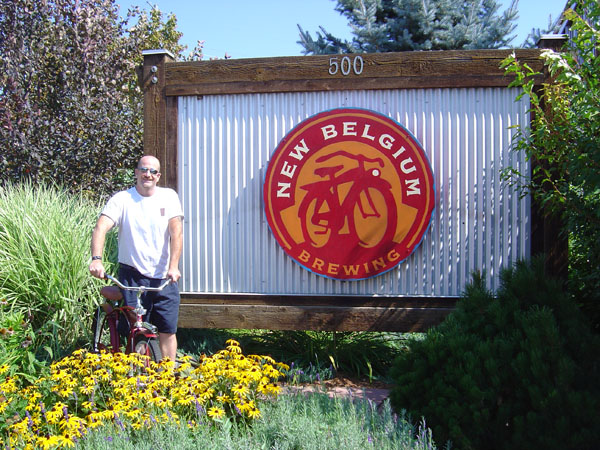 So, we made it to Fort Collins this morning… and the day ended with me reaching #350.

We started out at New Belgium at 10:45 am (45 minutes behind schedule!) and I have to say the chipper employees were a shock to the system. It kind of reminded me of my elementary school in Northern VA (Laurel Ridge in Fairfax) in the late ’70s… “happiness is spoken here”… Besides their regular lineup, we had the opportunity to taste “Lips of Faith”, a small batch brew. The version we tried, “Eric’s Ale” was a sour peach beer (I think). New Belgium makes a great product but it just isn’t my cup of beer. So we quickly moved on…

The nice thing about Fort Collins is that there are two other breweries well worth visiting within a few minutes of New Belgium. 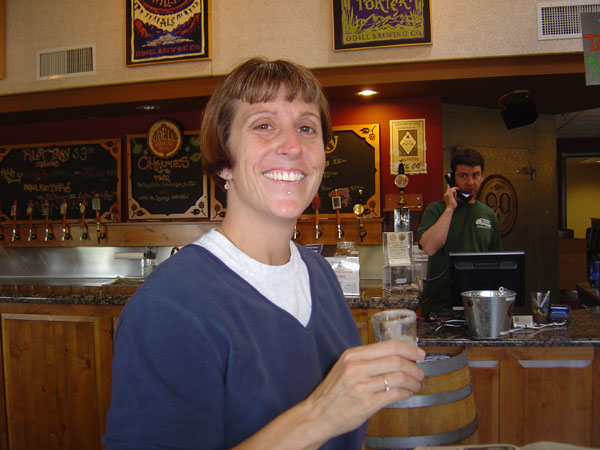 Our second stop was Odells. Much more my cup of beer plus you could donate your tasting fee to charity. We had an enjoyable time talking to the staff while tasting their beer. I would recommend the 5 Barrel Pale Ale or the IPA.

After Odells, we hit Fort Collins Brewery just up the road. They had a rauchbier, while very tasty, was too much ham and not enough bacon (For more information on rauchbier, watch our Bamberg episode). They were also nice and let us try beers normally reserved for their beer club members. The highlight of Fort Collins Brewery, besides the good brews, was Merideth’s “Elaine Benes dance” which was caught on videotape and will be an integral part of the Beyond Denver episode. 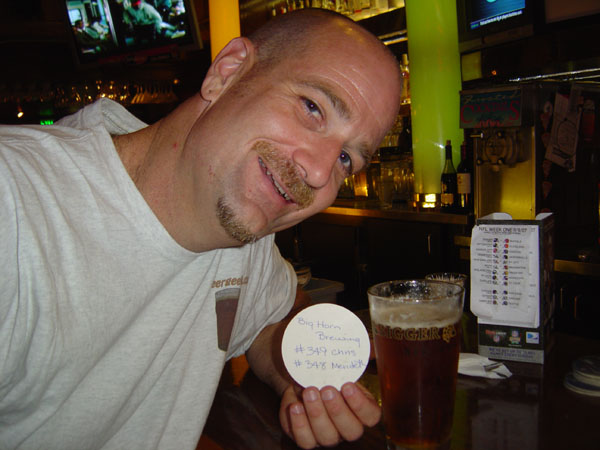 After a short break, next came Big Horn Brewery… and despite my natural aversion to chains, I was pleasantly surprised by a couple of the beers that we tried. Depth and character are not something you normally associate with the chain breweries… it is just too bad that the good beer has to come with the rest of the package.

Finally… #350… we met our friends Andy and Monica and their kids at Coopersmith in Old Town Fort Collins. What a pleasant evening sitting outside… I could have done without the chili beer but their Pale Ale and IPA on cask were excellent. A very worthy #350. 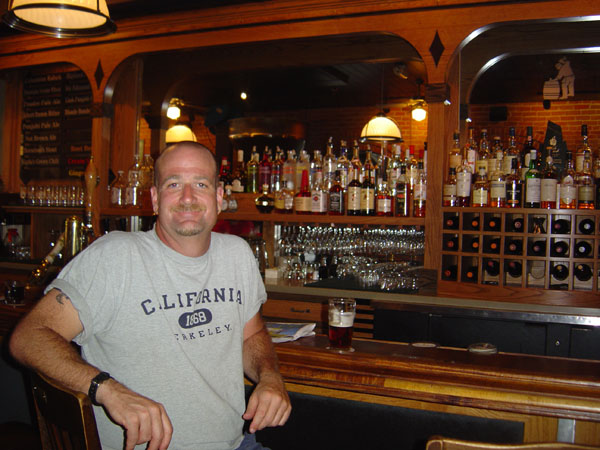 In the end, I have to commend the staff of the 5 breweries we visited today. They were all really helpful and friendly which is something that is not always true… unfortunately.

The big disappointment of the day was that Merideth finished with only 349 breweries. I offered to do the Budweiser tour with her but she said that she heard that they had a brewery in St. Louis and she would wait to tour that one.