I am happy to announce that I, too, am a member of the 400 Brewery Club! I even have the shirt to prove it. The shirt says “I have been to 400 breweries. Ask me how.” Luckily no one did ask me because I haven’t figured out an answer. I am currently taking suggestions on a witty response to that question. To suggest a response, please e-mail me. 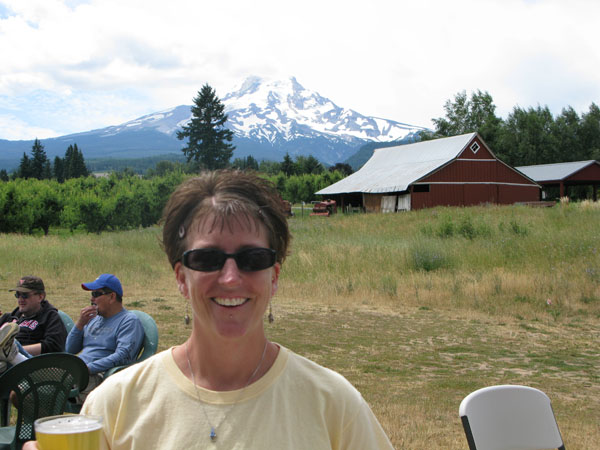 On Saturday, we went on a little van trip with some friends up to the Hood River area. I couldn’t have asked for a more beautiful  day as we headed east on Hwy 84 for my date with destiny.

The first stop was Elliott Glacier Brewhouse in Parkdale at the foot of Mt Hood. We celebrated my 400th by sitting outside in the glorious sunshine with an incredible view of the snow capped peak. The beer was good and the company and setting made it memorable… certainly much more memorable than #300.

Then it was on to the Hood River for the meat of the tour.. three breweries all within walking distance of each other. 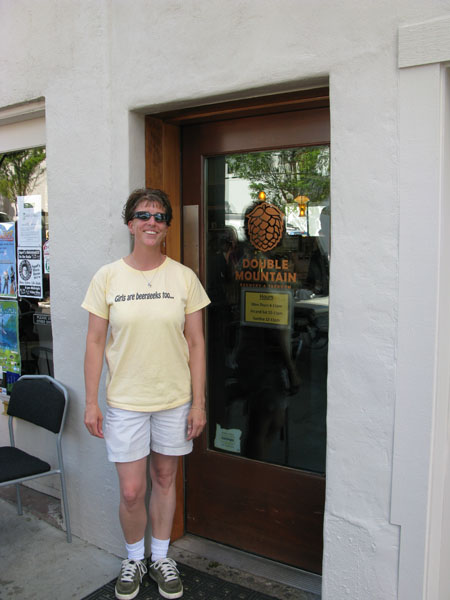 First stop was Big Horse Brewpub on the hill overlooking the town. Big Horse was a rest stop as we had more 3 breweries to go. We just ordered a sampler tray.

Walking down the street brought us to Double Mountain Brewery.  A smallish brewpub, the bar area was crowded so we got to sit in the expansive garage area made even better when they opened the door. While they are more known for the IPAs Hot Lava and Molten Lava, I was happy to share a pitcher of excellent Kölsch with our friends.

With finished up the Hood River portion around corner at Full Sail as several of our party had never been there. We are always amazed by the ‘new’ Full Sail because we can remember our first visit in 1994 to the ‘rustic’ version.  Thanks to our friend Rowdy, it was our first ‘industry’ party and we got to meet beer personalities such as Bill Owens. 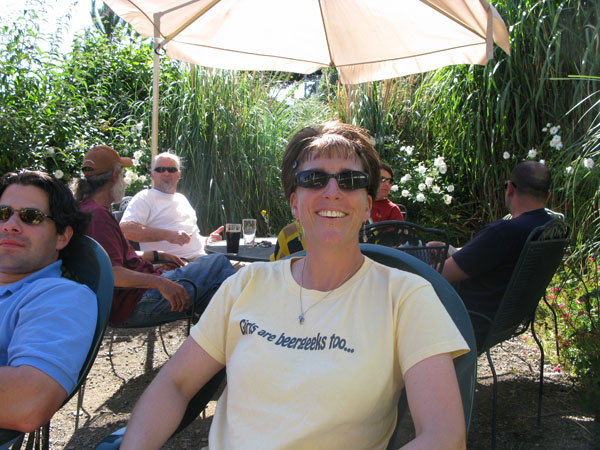 We ended an almost perfect day with the highlight brewery; Walking Man Brewery in Stevenson, Washington. Walking Man has excellent beer, including a Kölsch and a Black Cherry Stout. The standout, however, was the Big Black Homo, an imperial IPA made with black malt. Believe me, we got a lot of mileage out of double entendres on that one! The joke is that the imperial IPA is called Homo Erectus and all the beers they derive from it have a play on the name… for example, the bourbon aged version is called “My Old Kentucky Homo”.

The setting was great and we felt like we were hanging out in someone’s backyard, complete with the neighbor playing his bagpipes on the other side of the shrubs. The brewer Jacob was generous enough to offer us a tour of the brewery and Bob, the owner, joined us for a pint. Another great day in my beer world.

We had an early flight home on Sunday and a short week before heading to England, so after five breweries, we called it a day. And a great day it was…