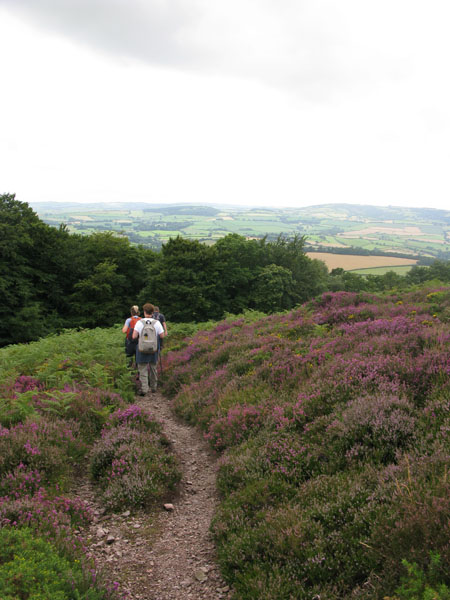 We arrived in England a bit delayed, but safe and sound. We are staying in the Somerset village of Nether Stowey for a few days before heading back to London for the Great British Beer Festival.

On our way out to Somerset, we passed by Stonehenge and took a quick look at it. Chris said it looked smaller than he expected. I thought it was amazing, but almost a let down because it looks, well, just like all the pictures you see. Maybe next visit to England we’ll have time to pay to go into the park and get a bit closer.

We came out here to Nether Stowey for one reason; The Old Cider house and Real Ale Walks. Chris saw an article about them several years ago and we have wanted to come out here ever since. The idea is brilliantly simple and combines two of our loves, hiking and beer. You walk between villages on well-marked trails, enjoying the scenery, the fresh air and a pint or two or real ale at a village pub. It is really the essence of our travels.

Last night, the proprietors, Lynne and Ian prepared a beer-inspired 4 course dinner, including a mushroom risotto made with Guinness and dessert made with Hoegaarden raspberry wheat. Chris kept eying my dessert because he had already finished his, but I was not about to share!

Each course was served with one of  the beers from Ian’s Stowey Brewery. The first starter course was served with a beer made with nettle, which Ian used as a bittering agent. Stowey Brewery brews real ale and the beers are sometimes served in the local pubs. Ian admitted that not all of his beers have turned out good, but all of the beers we had were very tasty. I’m looking forward to seeing the brewery and drinking more of the beer tonight. 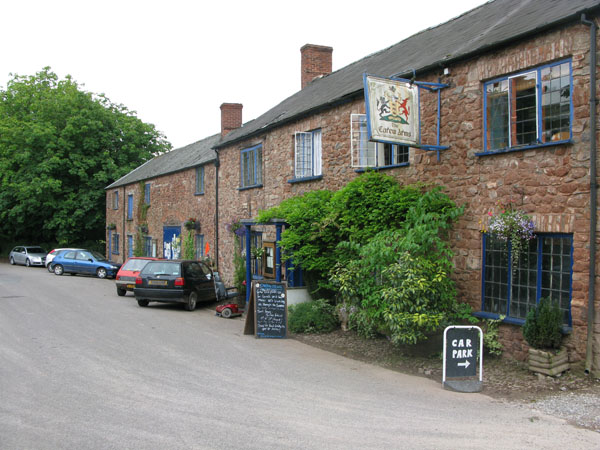 This morning, they offered us an equally tasty traditional English breakfast sans beer (darn!) and then guided us on a walk through the Quantock Hills.

Today’s hike was a nice 8 mile round trip jaunt to the nearby town of Crowcombe and their pub The Carew Arms. The hike took us over heather-covered hills and sheep-filled fields. The beautiful 360 degree view of the area included seeing Wales across the bay.

But the highlight of the walk was the pub that has been the center of Crowcombe village life for 400 years. 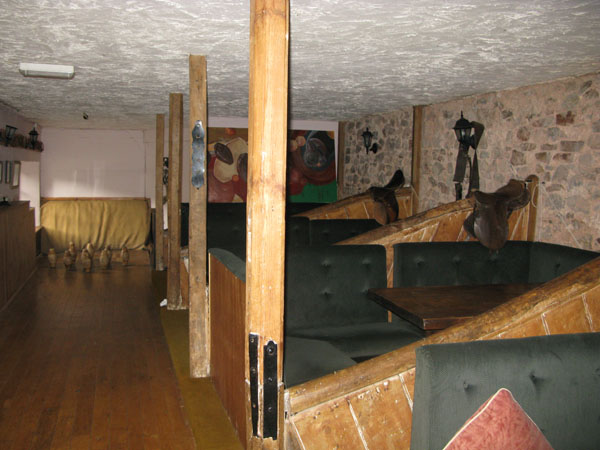 The front bar was very traditional and probably hadn’t changed much in 400 years. Chris wanted to take some pictures but the regulars didn’t look in a posing mood.

Another neat thing about the Carew Arms was a skittles lane in the old stable. Because it is a historic building, they had to keep the stable dividers. So now you can play skittles and sit in a booth where the ol’ gray mare used to eat her hay.

Skittles is a classic Somerset game similar to bowling. Played mainly in the winter, skittles really is a drinking game because as one team is playing, the other is in the bar having a pint. Still popular, the local area supports over a dozen leagues. 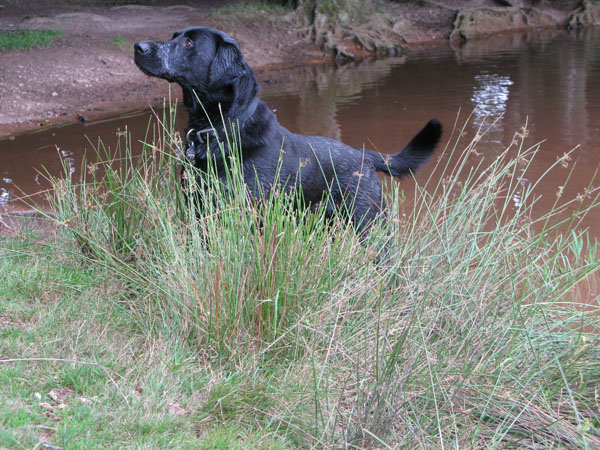 The hike was just challenging enough  for me, as it is our first full day here in England and I’m a bit jetlagged. Despite dragging a bit, we enjoyed the company of Ian, Lynne and two black labs Buster and Ozzy. We miss Porter and Stout, so this was a perfect fix of dog play. They allow dogs at the Old Cider House, so last night we also played with Gibbs, a spaniel here with his owners on holiday.

We still have several more days here and so far it has been a trip made in heaven; beautiful hiking, yummy beer, great food, and good company, all in one spot! This has been a great start to this month’s Year in Beer adventure. I’m sure it will prove to be a gentle adjustment to England before the craziness of the big city and the Great British Beer Festival.