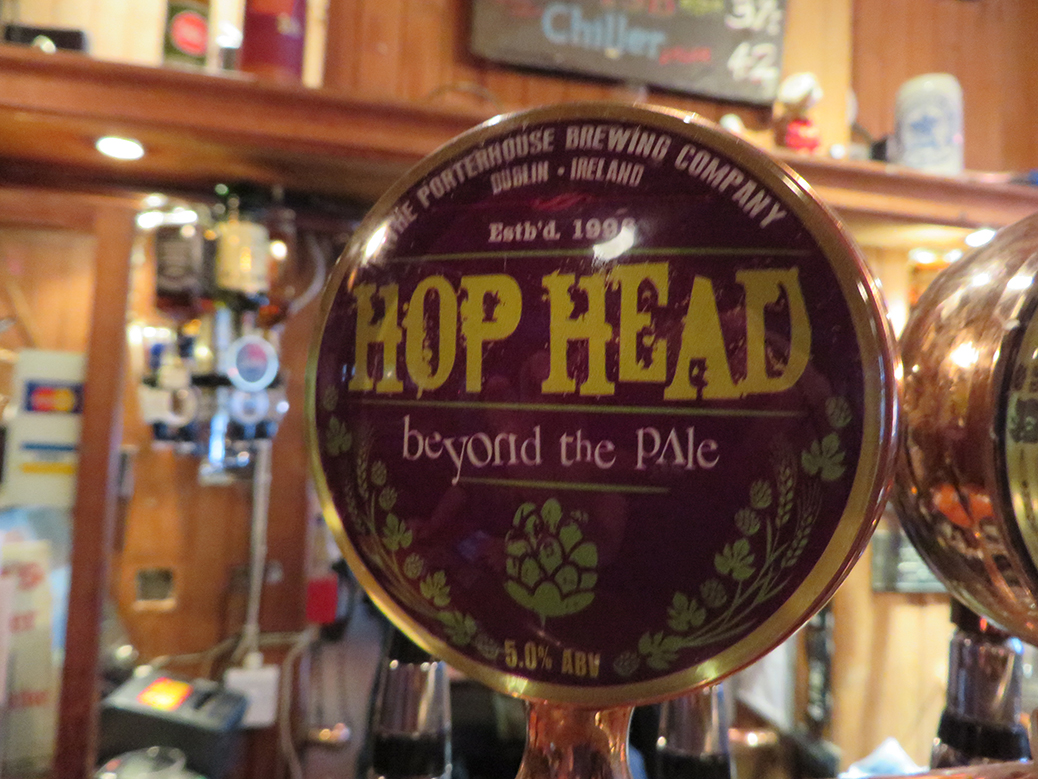 Life in the last few years has not been compatible with our beer travel pace of years past. Two old dogs and one new puppy later, we once again hit the road in search of the next great beer adventure. And boy did it feel great!

To avoid high airfares, we started our trip to Germany with a short detour to Ireland. This initially caused a bit of a stir for us, but we soon embraced it as an opportunity to see some friends and re-discover a city we hadn’t been to in years.

Ireland’s craft beer movement is growing by leaps and bounds. Relative to America, one might say leprechaun-sized leaps and bounds, but I say very impressive for a small country. Blink and a new brewery has popped up. We have visited Dublin numerous times before, but 5 years is by far the longest stretch between visits. It is an especially long absence when it comes to the beer scene. During our first visit in 1998, Ireland had less than 10 craft breweries. Today, an estimated 30 breweries are currently operating in the country, with an additional 20 brands brewing through contract.

We landed in Dublin in the morning and in probably one of our best arrivals ever, we took a cab directly from the airport to our friends Paul and Eilís who served us a home cooked Irish breakfast. A great way to start out a long day of beer drinking.

By mid-day, the four of us found ourselves at the Palace Bar in Temple Bar. Like many Irish pubs, this one is steeped in history, literary history in particular. Operating since 1823, the pub eventually became the favorite watering hole of staffers from The Irish Times. It was the perfect place to meet “sources” and the writers frequently found their muse in pints of ale. With Paul and Eilís by our side, we settled in to drink away the jetlag.

Paul was the first one to tell us about the Palace Bar, a distinctly local bar in the not-so-local Temple Bar area. As far as I remember, the Palace Bar was one of the first traditional pubs to embrace Irish craft beer. I knew they offered Galway Hooker Irish Pale Ale, so with a pint of it in hand, I aimed to reclaim my beer travel mojo. At 4.4%, this easy drinking, well-balanced pale ale was the perfect start to what was to be a very late night. After a Galway Hooker, Chris also tried something new to us, the Coalface Black IPA (5.5%) from Carrig Brewing, a brewery in County Leitrim. His first BIPA from an Irish brewery, Chris found the beer to be more toasty than IPA like. Someday we’ll add Carrig to our brewery list, but not this trip.

Our first brewery of the trip was J.W. Sweetman, located a short distance away on Burgh Quay. Occupying the former Mssrs. Maguire brewery, this multi-story brewpub is easily located near the O’Connell Street bridge. We had not heard much about this new brewery and we had a full agenda for our Dublin pub crawl, so after a quick pint, the brewery was added to The List and we moved on. While I chose the Irish Red Ale, the rest of the group opted for the Pale Ale, an American style pale ale brewed with Cascade hops.

Back into Temple Bar, our next stop was The Porterhouse. They now boast several locations, but the Temple Bar location was the original, opening its doors in 1996. While the Porterhouse no longer brews at that location, it’s a sentimental favorite for us. It was one of the first Irish breweries we visited after Guinness and I think we have stopped in there on every one of our visits to Dublin. They have a nice selection of beers, a friendly atmosphere, and good food. They also have great music. Despite several floors, the place gets packed. Mid-day on Monday was quiet, though; perfect for a spot of lunch. Food was definitely a good idea since we were already several pints in and the pub crawl still had a few more stops.

The Porterhouse serves 3 different stouts (Plain, Oyster, and Wrasslers) and numerous other ales and lagers. Wrasslers 4X Stout bills itself as “a stout like your grandfather used to drink.” The XXXX denotes the strength of the beer, but don’t be intimidated, it comes in at an easy drinking 5%. Wanting to go light, I ordered Temple Brau, an Irish lager brewed with Hallertau hops and Irish malted barley. Chris went for the Hop Head, a 5% bitter pale ale. Generally speaking, there are plenty of lower alcohol Irish craft beers to choose from. The next day I would be thankful for that!

In a city with a traditional pub on every corner (and several in between), new-fangled American style beer bars are starting to pop up. Down the street from Christ Church is the newest one, The Beer Market, the 10th craft beer pub brought to you by Galway Bay Brewing. Opened in April of this year, The Beer Market is different in that it only serves craft beer — No macros. No Guinness. No wine. No spirits. They do have handmade pies, though, including chicken and mushroom, beef and stout, and veg options. We didn’t have one, but they created a wonderfully yummy aroma in the place.

For many years we visited Ireland almost annually and we were able to keep close tabs on the growth of craft beer in the country. With a 5 year absence, it felt as if we’d lost personal touch with Irish craft beer and were only able to stay informed through social media. We were thrilled to meet up with our friends John “The Beer Nut” Duffy and  Mark Hilliard at the Beer Market, both are very involved with Beoir.org, an organization that promotes Ireland’s “native craft breweries.” They have a love of craft beer in general and are a wealth of knowledge when it comes to Irish craft beer. Plus, they are just plain fun to hang out with.

While we drank some of the Irish beers that we had been reading about on social media, we caught up on what we had missed in our absence; which was a lot.

We ended our night at The Bull and Castle down the street. The Bull and Castle was probably the first craft beer gastropub we went to in Dublin. It was also a place where we stayed up until about midnight; not too shabby for a first night in Europe. I definitely recommend a whole day/night of drinking beer with friends to beat jetlag! Except if you have a train to Cork early next morning.

View all the Dublin images…