My birthday was yesterday but given the historic events of this January 20th, we decided to celebrate over this past three day weekend instead of my birth anniversary overshadowing Barack’s big day.

And to give an indication of who is the spoiled one in the relationship, while Merideth celebrated her birthday in Belgium, my birthday weekend was spent in our state capital, Sacramento. While Sacramento is no Belgium, it does boast a nice beer culture with an active beer community. Over the three-day weekend, we visited seven breweries in the Sacramento area, of which six were new to the list. 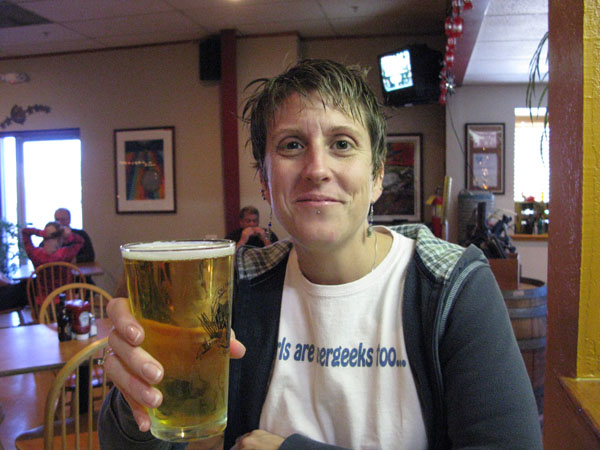 The first highlight of the trip was Merideth getting her 450th brewery, Placerville Brewery in Sierra foothill town of Placerville.

We were both supposed to join the 450 Club in Belgium. I was successful but two breweries that we wanted to visit were closed, thus denying Merideth of reaching the milestone by the end of 2008.

So, her moment had to wait for this trip. After trying their sampler set, the beer Merideth chose for the great occasion was their Golden Ale. 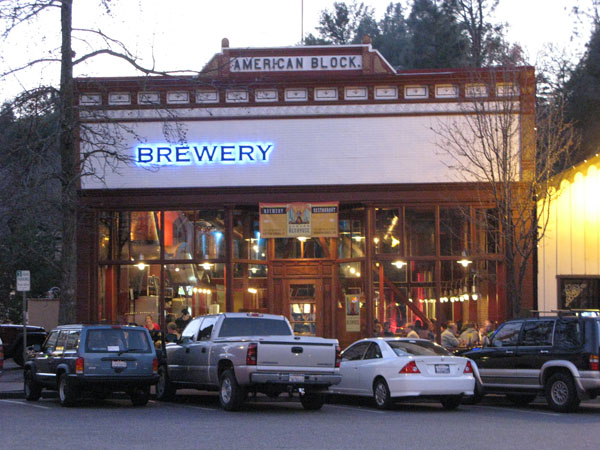 There are two brewpubs in the Sacramento area that I want to highlight in this post.

First off is Auburn Alehouse located 4o miles north of Sacramento in the historic Gold Rush town of the same name. I will admit that it takes a lot for a brewpub to ‘WOW’ us these days but Auburn Alehouse managed to do just that. Located in a beautiful, historic and haunted Gold Rush era building in the center of old town, Auburn Alehouse is the whole package. 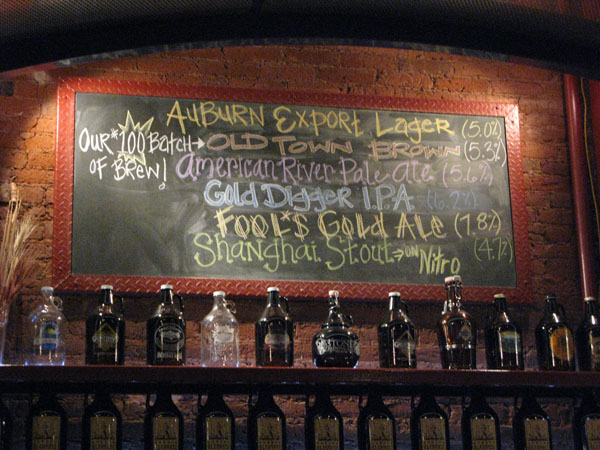 We were lucky enough to be joined by some Sacramento area friends for the occasion. While waiting for them, we settled ourselves in the bar area and ordered the requisite taster set. All the beers were wonderful with the Batch 100 Old Town Brown, Gold Digger IPA, PU 240 Double IPA and Shanghai Stout being standouts.

After our friends arrived, we moved to a table and the food and beer were enjoyed amid  boisterous conversation. Pitchers of IPA, Brown, pints of the Double IPA made their way to the table and were emptied quickly. 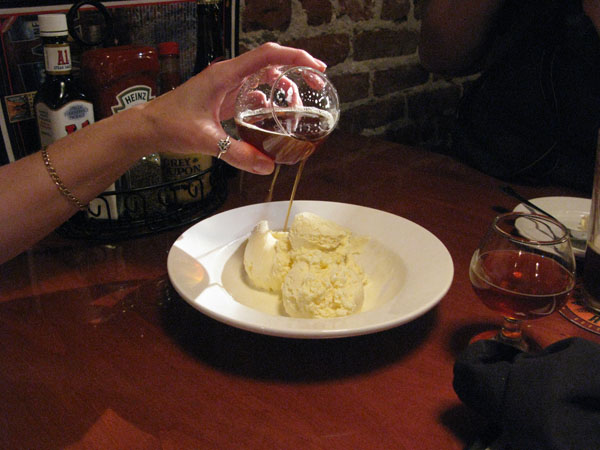 The General Manager, Randy Revell, was very hospitable and brought us out some glasses of their Barleywine which wasn’t on the current beer list. Velvety smooth and delicious, one of us, probably inspired by the Stout float on the menu, came up with the idea of pouring it over vanilla ice cream. It must have been me because it was a brilliant dessert.

What a memorable evening! Thanks to Rick, Tracy, Chadd and Allison for joining us. And thanks again to Randy for sharing the cask DIPA! 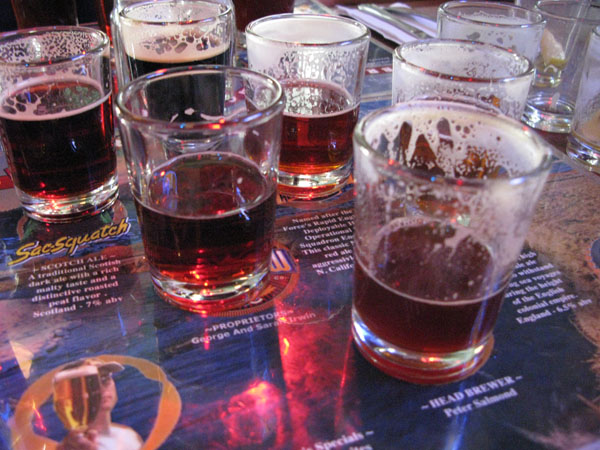 The second brewpub I want to highlight is Sacramento Brewing. They have made news lately for closing their Citrus Heights location, but their Town and Country location is going strong.

Rather than talk about their recent struggles, I want to highlight Sacbrew being the best brewpub in Sacramento. Brewmaster Peter Hoey crafts one the most extensive and diverse beer menus that we have ever seen. German-style, Belgian-style, English-style, barrel-aged, hopped up beers, Sacbrew does them all. Our taster set of 12 beers were all solid and there were a number of standouts. Abbey Extra, their Belgian 4.5% single was the beer I enjoyed the most with the IPA, Red Horse Ale and Imperial Stout being tied for a close second. 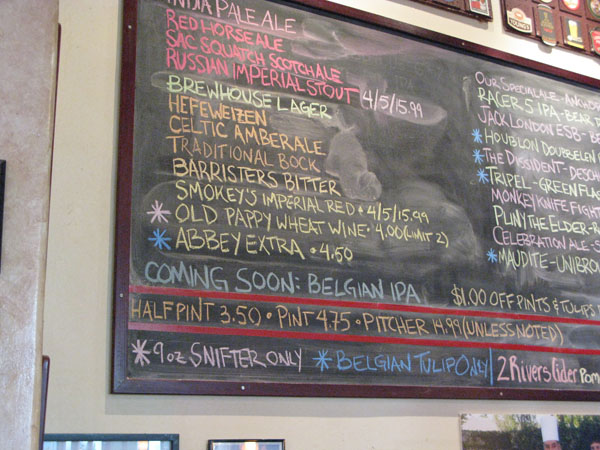 If that wasn’t enough, Sacramento Brewing’s guest taps make it probably the best multitap in the Sacramento area. When we were there, the guest list was a top shelf  lineup. Racer 5, Pliny the Elder, The Dissident, Houblon Doubbelen IPA Tripel, Tripple Belgian Style Ale were among the guest choices.

To compliment the guest brews, Sacbrew also has frequent guest pint nights with the likes of Firestone Walker, 21st Amendment and Deschutes on tap in the coming weeks.

So, my birthday weekend wasn’t Belgium but was memorable nonetheless.