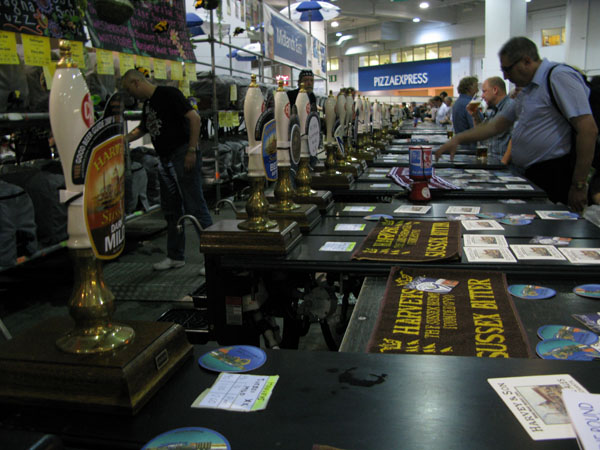 Tuesday morning we left the quiet English countryside for the bustling sounds of London…and the Great British Beer Festival.

Arriving by train, we took just enough time to drop off our bags at the hotel and head over for the trade session. It was amazing and overwhelming at first. We had no idea how this festival worked. Turns out, first you buy the size glass you want: 33ml, half pint, or full pint. We opted for pint glasses, which have the smaller quantity markings on them. In the end, I never got more than a half pint anyway. And you can return the glass at the end and get your money back. 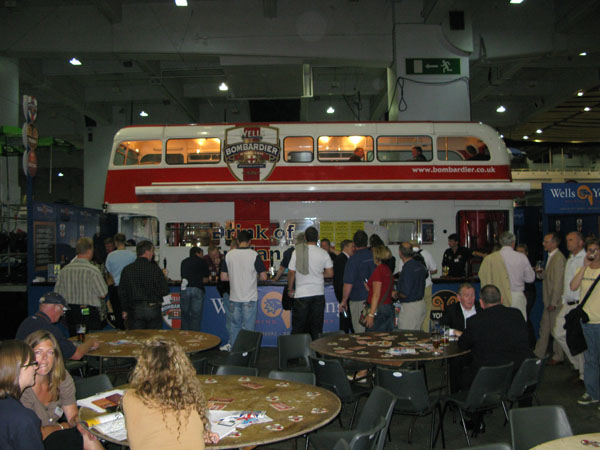 This festival is unlike any festival we have been to in the States. Not only because of the size of pours, but also because you pay cash for your beers. Basically, the place was like one huge pub. Some breweries had their own bar set ups, some of which were quite elaborate. The one confusing thing, besides not knowing what beers to buy, was that the beers were all different prices.

At the risk of sounding like a total eejit and rookie traveler, I’ll tell you about the first beer I bought. The price was £1.70 for a half pint. I gave him what I thought was the exact amount. He brought back the coin marked 50 and indicated that he couldn’t take it. I was completely dumbfounded and couldn’t figure out why. Well, when I got back to Chris and was telling him the story, I looked a bit closer. It was actually a 50 Euro cent piece and not a British 50p coin. What a rookie! Oh well, I figured the guy chalked it up to another goofy American.

The mood was crazy. People in drag. Pubs with huge contingencies all dressed in matching shirts. Singing. And of course, beer drinking. 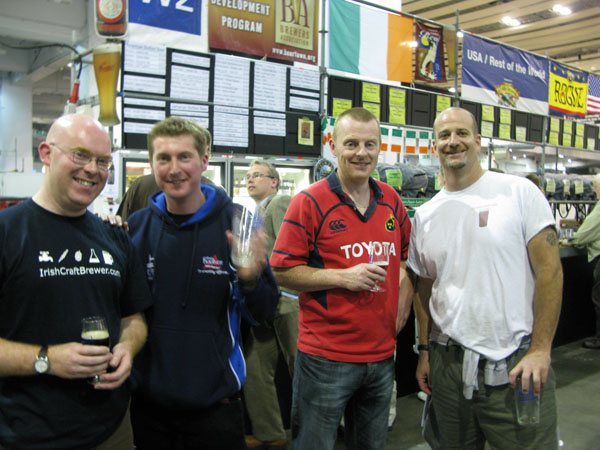 We started out at the Irish bar, where we talked with Aiden from Galway Hooker, Liam from Carlow Brewing, and Cuilan from Messrs. McGuire. We also talked with John, aka TheBeerNut, from irishcraftbrewer.com. We were having a great time, but the Irish beers were right next to the American beers and I felt it was wrong to come all the way to England to be near American beers that I’m already familiar with. 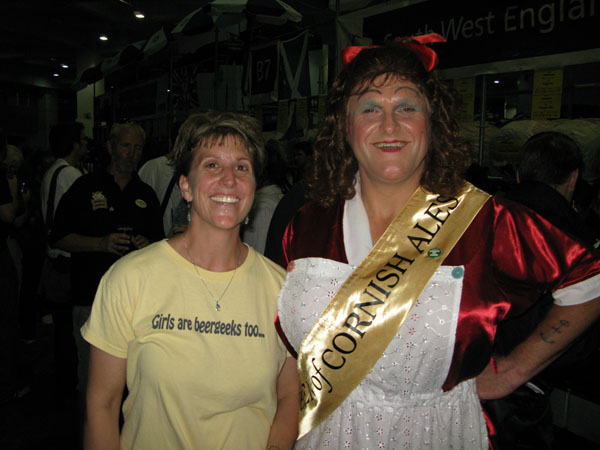 The highlight of the day had to be the contingent from the Cornish brewery Skinner’s. Thirty to forty people strong, they spent the all day drinking beer and singing songs, mostly traditional. They even had a guy in drag dress up as Betty Stogs, the name of their bitter. And when the beer won champion best bitter , the revelry increased.

In the end, between the two of us, we tried around 12 beers. The trade session was ending and the masses would start coming in, so we decided to call it a day at GBBF. We were meeting our friends Paul and Eilís at The Old Fountain later and needed to rest up for the second part of our night.

It was a good day of beer drinking and fun. Tomorrow we actually get to sleep in and will do some sight seeing.