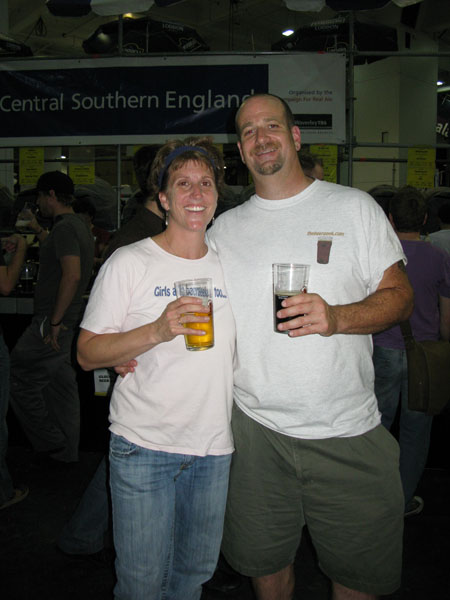 Saturday was our last day in England and we finished up strong by visiting a couple of breweries in the north London suburbs and returning to GBBF for its final session.

When we were in London in December, I tried a Colorado IPA from Red Squirrel Brewery.  I thought it absolutely brilliant and knew I wanted to visit the brewery.

Luckily, we had a connection through our friend Paul, the cellarman at the Old Fountain. Paul was able to grease the wheel and set up the brewery visit. So Saturday morning, we met Paul at track 10 (not 9 3/4) at King’s Cross Station for the half hour ride to Hertford.

Located in an industrial park near the Hertford North rail station, Red Squirrel is a 10 barrel brewery producing a dozen or so real ales. Unfortunately, due to the ‘hop issue’, my beloved Colorado IPA was no longer in production. 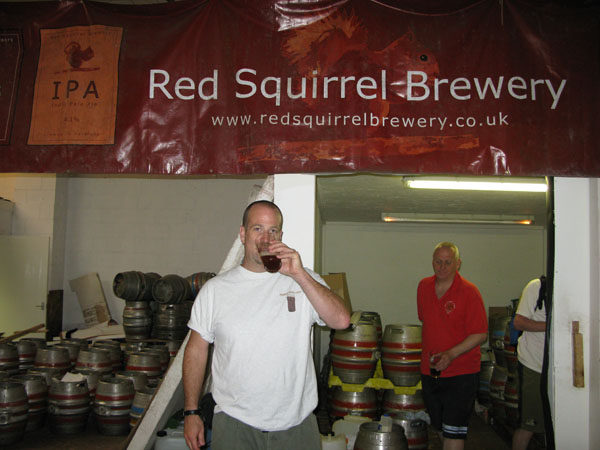 Gary Hayward, the owner, is amazingly a one-man operation, handling every task you can imagine. Brewing, washing casks, distribution, sales, accounts receivable, accounts payable… he does it all.

The beer we got to try is the replacement for Colorado IPA… Springfield IPA. While not as hoppy as its west coast-style brethren, it still will raise the eyebrows of any hophead out there. We want to thank Gary for taking a few minutes out of his busy day to spend time with us. 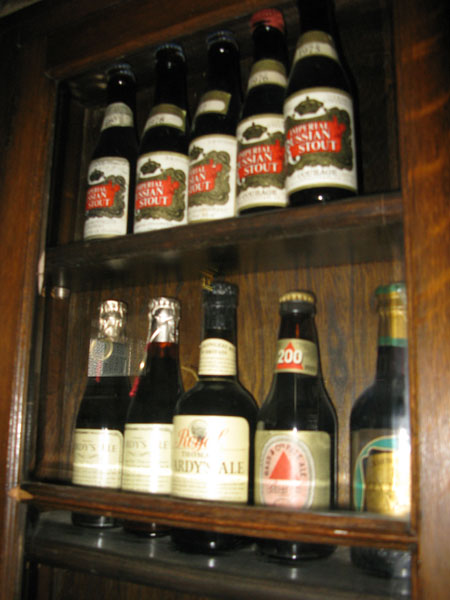 As our luck would have it, there was also a another brewery in Hertford (well, there are actually two other breweries, but only one is open to the public) to visit before we headed back to London. The Old Cross Tavern, located in the city center, not only has an impressive collection of hand pumps, but also a small brewery located in the former kitchen.

Even more impressive was their collection of vintage bottled beer. There was several hundred bottles including vintage Thomas Hardy from the 1970s and a bottle of Bass Ale from 1869! I guess I should stress that these were full bottles of beer, not empties.

It was time to return to London and after parting with Paul, we headed over to Earl’s Court and the the last session of the festival. 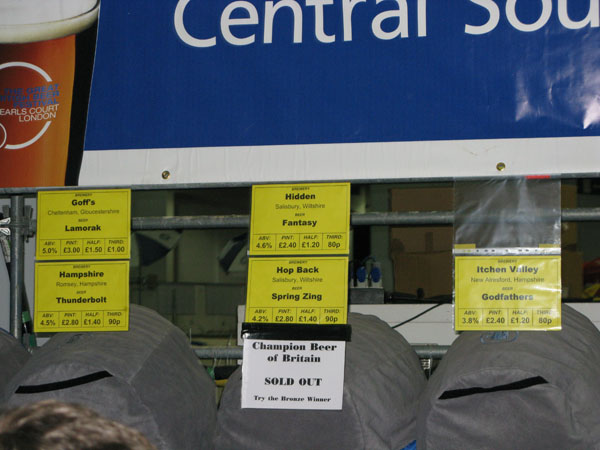 We doubled our mistake by not trying it on Thursday when we were volunteering. The beer was only in the next section over, B6. 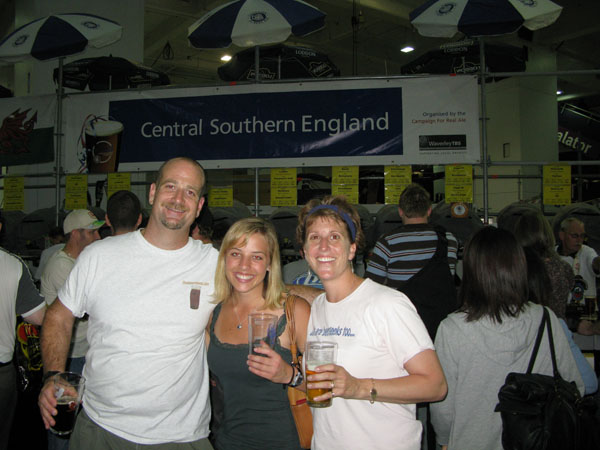 Well, Saturday, was going to be the day we tried it. We met a friend – more about that in a second – and then bee lined for section B6. It was out but we were told that it would be back on in an hour and a half – 5pm. We returned dutifully at 4:56pm and were told that is was gone for good. Lesson learned.

So the friend we met is JJ, formerly known as The Thirsty Hopster and a fellow Bay Area Beer Blogger.  JJ’s claim to fame, in reference to us, is that in our 10 years of travel to Europe she is the first person that we know from the States who we have met up with over there. Congrats JJ! Your plaque is in the mail. 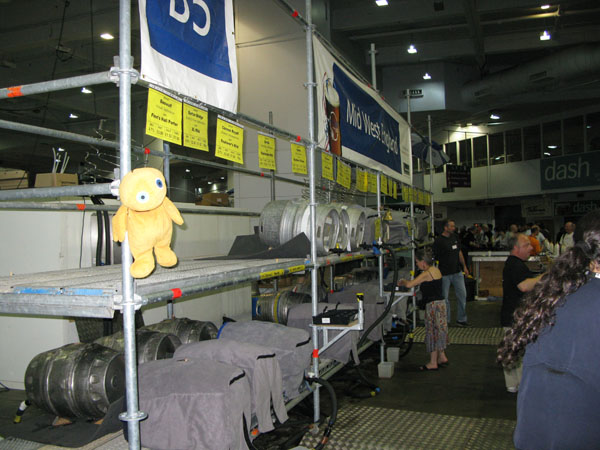 By 6pm, the festival was winding down but we wanted to stay the last hour to get video of the people streaming out. But an odd thing happened… as more and more casks ran dry, people started leaving on their own volition and by closing time, 7pm, the convention hall was pretty empty.

I would be remiss if I didn’t mention our fussball friends…  unfortunately, we don’t remember their names (If by chance you guys are reading this, send us an e-mail). We were wondering around the hall in the last hour and walked by one of the fussball tables scattered around the venue. Three guys were looking for a fourth and I got asked to join a game. So, we played a game of fussball (no spinning) and then talked with them for about an forty five minutes. Truly one of our greatest pleasures of going to Europe: good beer and good conversation. Thanks.