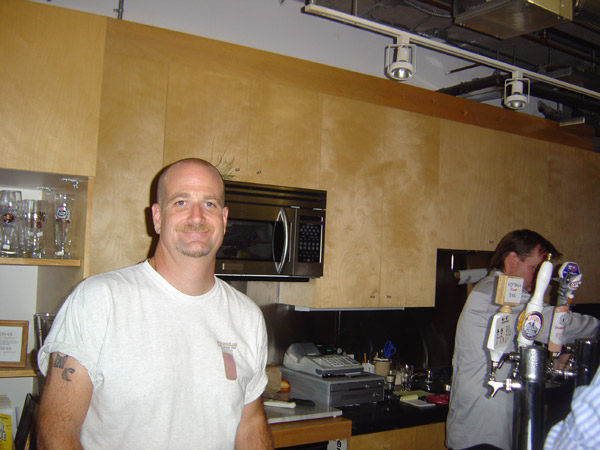 I think Merideth and I are pretty good at spotting good beer ideas and City Beer is one of those ideas. I remember reading about it when it first opened and thought we should check it out. Rarely being in the City (the “City” being San Francisco) and even rarer being in that part of the city, I promptly forgot about it. Then at the Oregon Brewers Festival last week, I heard City Beer mentioned a number of times, so we decided to check it out and a show a Slim’s down the street was a perfect opportunity.

City Beer is a relaxing beer bar where you can buy to sample (and then buy to take home) an extraordinary range of bottled beers. A good draft selection rounds out the experience. It was quite crowded when we were there… a chatty Friday evening crowd; some at tables, others wandering around scanning the shelves for a beer to try.

We are pretty proud of the somewhat obscure breweries we have visited (Le Baladin in Italy, Traquair in Scotland, Chouffe in Belgium) and it was somewhat deflating seeing these beers on the City Beer shelves. I need to start looking for even more obscure breweries to visit. Craig deserves all the credit for having an amazing selection of beers from throughout the world.

As Craig himself said to us… every city should have a place like City beer… So, next time you are in the City, check out City Beer. It is at 1168 Folsom. 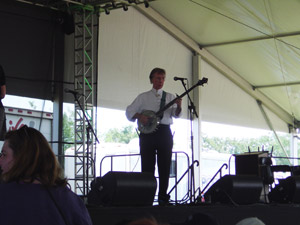 This is not about beer but I would like to take this opportunity to mark the passing of Tommy Makem who died of lung cancer the other day. In the 1960s, Tommy teamed up with the Clancy Brothers and their collaboration is one of the reasons that Irish music enjoys the success that it does today. We had the opportunity to see Tommy perform at the Dublin (OH) Irish Festival several years ago and the only word I think I can use to describe him is ‘entertainer’. What a joy to watch him perform, so much so we watched him on several occasions. He will be greatly missed…