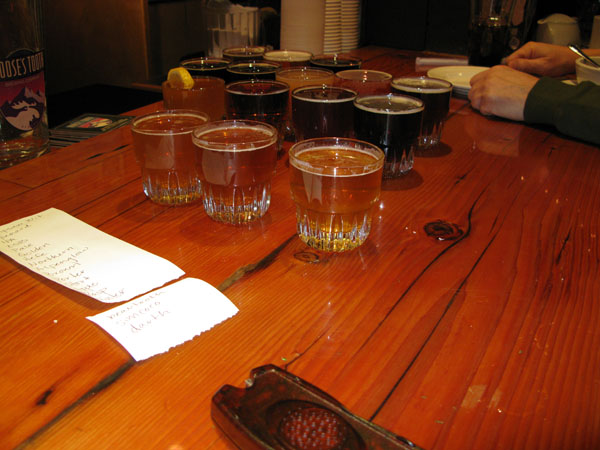 Our first day here in Anchorage was certainly no fluke. We had another amazing day yesterday! It almost seemed like a slow start, since sunrise was not until 9:52am, but things quickly swung into action. We walked around the downtown area a bit, then hooked up with Jim Roberts aka “Dr. Fermento”. Jim has been a very welcoming goodwill ambassador for Anchorage and Alaska as a whole.

Since we don’t have a car, he actually picked us up and drove us to the Moose’s Tooth, a pizzeria that brews it’s own beer. The pizza was yummy and the beer tasty, too. Unfortunately, they do not brew on the restaurant’s premises, so we did not get to count it on the list. The actual brewery does not have regular tours and was a little further away. 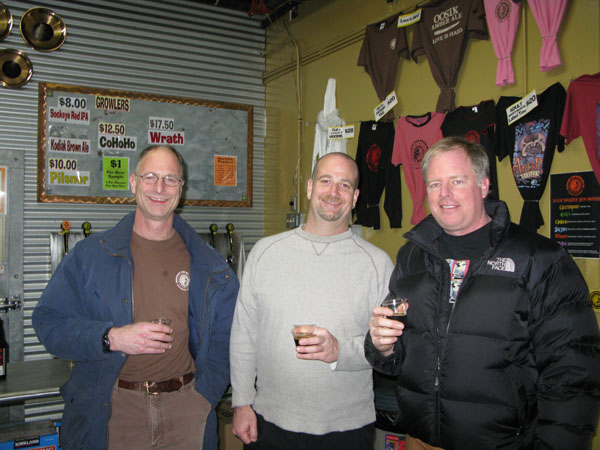 We opted instead to go to the Midnight Sun. There we ran into Shaun O’Sullivan from 21st Amendment and had a grand ol’ time tasting 2 of the beers in Midnight Sun’s 7 Deadly Sins series. We tried Sloth and Lust, in case you were wondering. Jim had to get moving along, since he was judging barleywines for the festival, so we had time to rest in our room before the festival.

Before we knew it, it was time for the festival to start. Now here’s what we actually came up here for! One of the many cool things about this trip is that we are just a few short blocks from the festival venue. Matter of fact, we can look down at the venue from our hotel room! 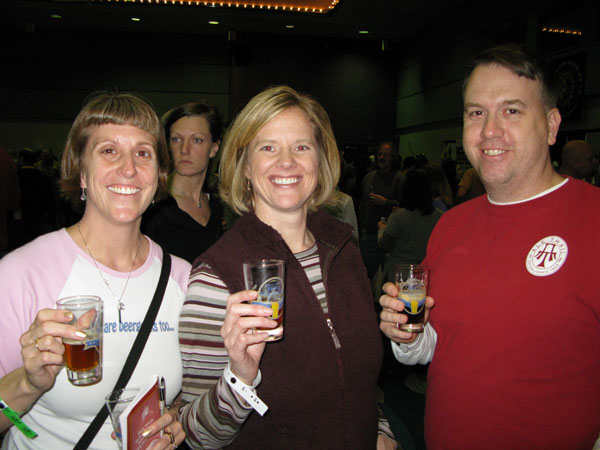 We went over with our new friends and fellow beer travelers Matt and Michelle. Matt had emailed Chris about a year ago during the Chief Beer Officer campaign and they have been internet friends since. This was the first time meeting them in person. Matt and Chris are amazingly alike and I know that if we lived closer, we would all be hanging out quite a bit. Later we met up with Michelle’s brother Jason and his girlfriend Kristina who live up here. By the end of the night, my cheeks were sore from laughing so much!

Anyway, as far as festivals go, this is a good one! We seemed to spend most of our time in the Alaskan beer section, which was just fine with all of us. For several hours, we drank great beer and hobnobbed with the likes of Tom Dalldorf from the Celebrator, Chris the brewer from Fort George Brewing in Astoria, Oregon and the “chicken man”. 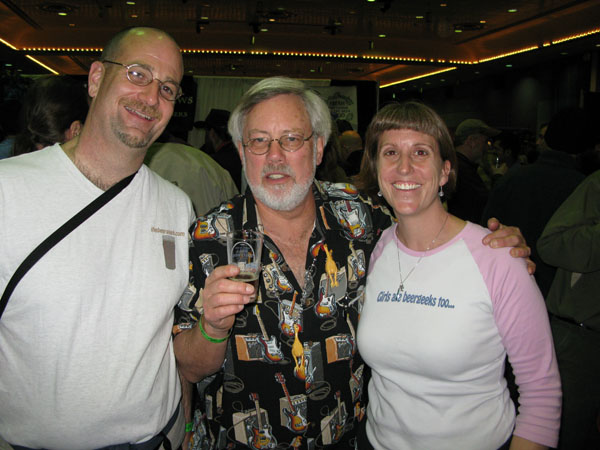 This morning, we are off to shop at the Brown Jug to pick up more beer for our Alaska beer tasting. The connoisseurs session of the festival begins at 2pm and the next (and last) general session begins at 6pm. In between sessions we will be having a brand new experience…volunteering. We were not able to pour beer, so we are getting the less glamorous job of “bread cutting”. In an apparent effort to stem the puking, each brewery has a little basket of bread cubes. That’s where we come in. We’ll be sure to let you know how it turns out!