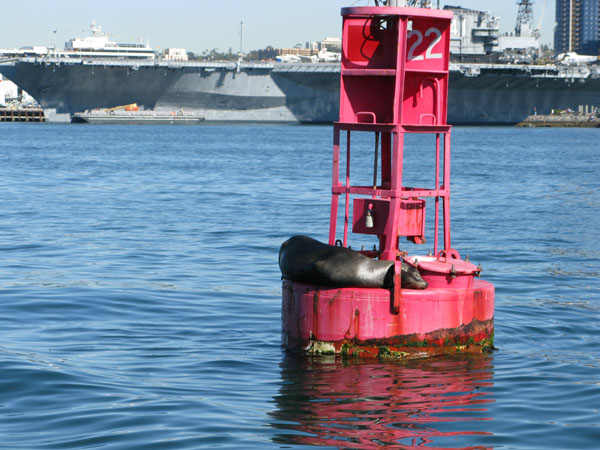 Yesterday was our last day in San Diego and the last day for the Year in Beer in North America. The focal event of the day was the San Diego Brewers Guild Festival, but we had the whole day to play before the fest began.

We had one more brewery to visit, Coronado Brewing in Coronado. And I thought it would be fun to take the ferry from San Diego instead of driving. My choice was wise as it was another amazing November day here in San Diego. 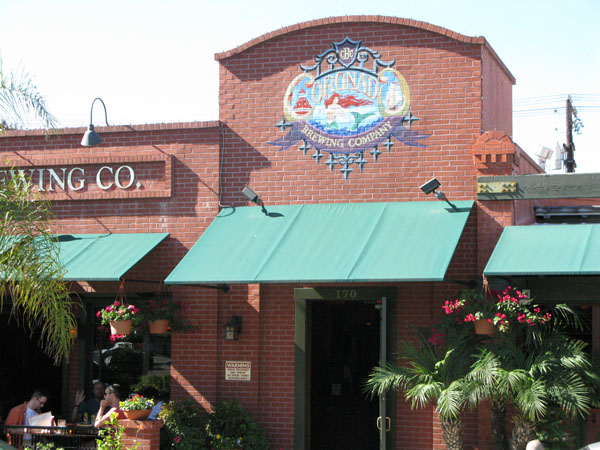 A short and pleasant ferry ride and a short walk found us at the doors of Coronado Brewing.

Things didn’t start off on the right track as our waiter informed us that we could only get three tasters at our table. Still not sure why. Luckily, we picked the right three, Pale Ale, IPA and Nut Brown, all very flavorful. So, we had a nice, relaxing meal and pints on their patio and enjoyed the incredible November day.

Coronado Brewing has a three pint limit on customers. We have never seen this policy before and I am not sure if odd or admirable is the correct word.  On one hand, I have a strong belief in personal responsibility so this seems a little much. But on the other hand, it is a easy way to combat excessive drinking. 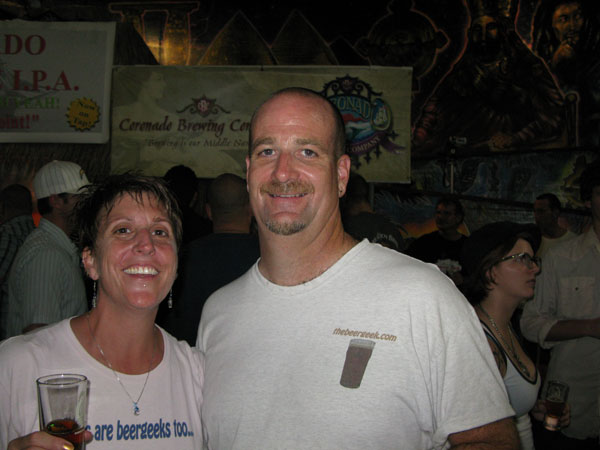 The day’s main event was the San Diego Brewers Guild Festival held in Balboa Park. The festival is an opportunity to try a large number of San Diego brews in one spot.

And if you remember one thing from this post, it is to pay the extra $10 for the VIP pass. Many festivals advertise a special session with exclusive beers but at this fest, it was really true. Plus, once the main session began it got quite crowded.

Another cool thing about this festival is that the food is free and all the vendors pair their food with a beer. You get the food and give them a token for the beer right at the same table. Going to the VIP session, we were guaranteed that the food wouldn’t run out before we had a chance to try it.. 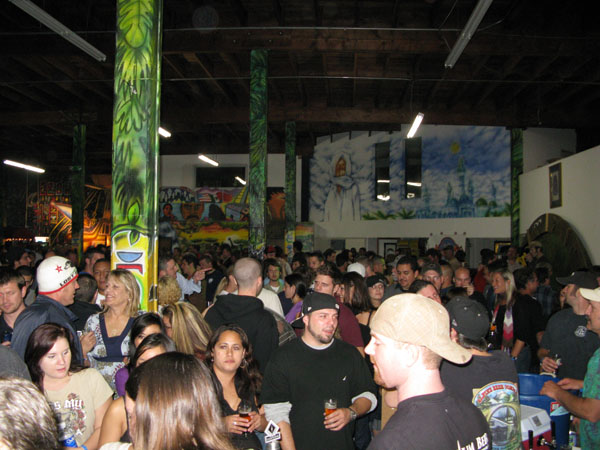 Beer number one in my book was a Gueze from Ballast Point. Close behind was a Belgian-style Triple collaboration between Stone, Alesmith and the Danish brewery, Mikkeller. Then there was Alesmith’s 2007 Decadence, an Imperial Porter served on cask.

Merideth’s ‘girls are beergeeks too‘ was a magnet as people came up to ask about it and thebeergeek.com. One woman even twittered  her followers about us.

One person we met was Julie from pubquest.com and ended up spending quite a bit of time with her.

It was a fun festival, but if I have one complaint – and it is a complaint I have about most beer festivals – the loud music. A bit of background music is nice, but why blast music in a small venue so you have to shout to hear yourself think. If I want loud music, I’ll go to a Flogging Molly show.

So, the Year in Beer in North American is finished. We drive home today and prepare for our last trip in a little over three weeks; Belgium and the Netherlands.