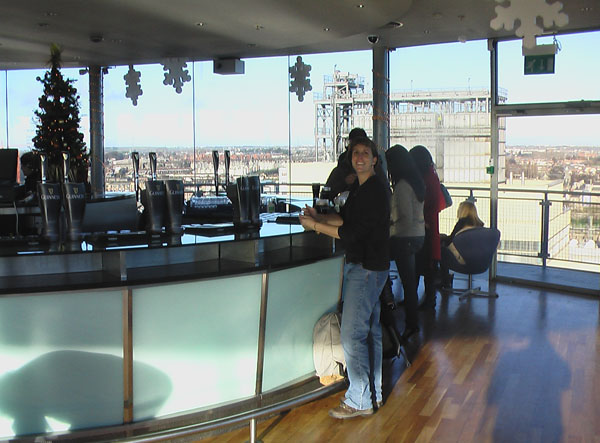 No matter how many times we go to Dublin, we always find something new and this trip was no exception.

I should preface the following by saying that in all the years we have traveled in Ireland, the one thing we have found missing was a pub where you could try a range of Irish craft beer. Due to the marketing power of one company, the beer selection in most pubs is very limited and for the most part, the same. To try Irish craft beer, you had to visit each individual brewery. Don’t get me wrong, I love Guinness, but I don’t think their marketing needs to be at the expense of companies that brew as much beer in a year that they spill in an hour. With that said…

We were at the Porterhouse, where I enjoyed my favorite Irish stout, Wrassler’s XXXX. There we met a fellow beer traveler from Sweden named Jonas who, like us, was in town to see the Pogues. [By the way, Jonas has a beer blog, but it is only in Swedish.]

In our conversation, Jonas told us that we had to go to the Bull and Castle which is across from Christchurch. He said that they had a great selection of beer. 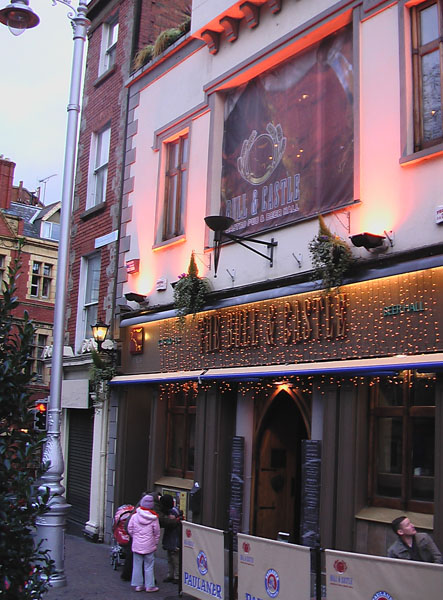 So, the next day, we dutifully went to the Bull and Castle and thanks to Jonas, we found what we have been looking for…a pub in Ireland that has Irish craft beer.

-Two beers from Franciscan Well in Cork: Blarney Blonde which was billed as a Irish Kolsch and Rebel Lager.

-A strong beer (“strong” for Ireland… it was 6%) called Raging Bull. I didn’t get who brewed it.

-And my favorite… Galway Hooker IPA from a brewery of the same name. By the way, the ‘IPA’ is ‘Irish Pale Ale’ and it might be the hoppiest Irish beer that I have ever had.

They also had a nice selection of European brews and even some American beers, unfortunately mostly Sam Adams and dated Sierra Nevada Summerfest.

The Bull and Castle is a must stop on any trip to Dublin.

Other than that, the only other highlight of Dublin was going to the Pogues show and only having the choice to Bud or Miller. The crazy thing is that people were drinking it. 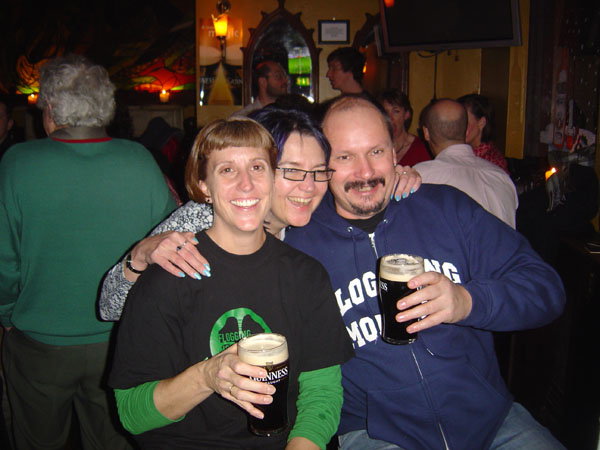 I am so excited about writing this post as this means that our trip to Europe in December is a done deal and planning is almost finished. The weather aside, Europe is a special place during the holiday season and we are very pleased to be going back.

We have a lot planned for this trip…

We are leaving December 12th and returning on Christmas Eve. Our itinerary at this point is:

We are going to visit 12-15 new breweries on this trip including touring the Fullers brewery in London and the Augustiner brewery in Munich.