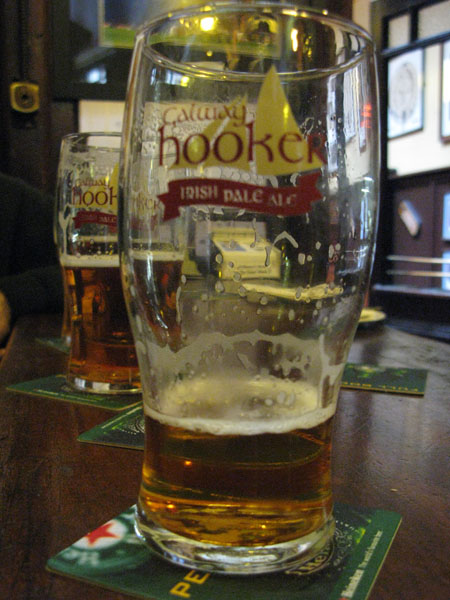 After  a series of uneventful flights, we arrived in Dublin early on April Fools Day. We’re familiar with the city and there is something very comforting about Dublin for us. It was a nice place to recover from a long day of flying and start a European journey. We left our bags at the hotel and went to get some coffee. Then it was off to meet our friends Ute and Wolfgang.

Our first beer stop was The Palace on Fleet Street at the opposite end of Temple Bar from the Porterhouse. The Palace, a famous old Victorian pub, is one of the few mainstream Irish pubs that stock Irish craft beer. This was important, as our theme of the Ireland portion of this trip is to try to forgo the mass-produced, foreign-owned Stouts and drink only Irish craft beer. The Palace pours two craft beers, Galway Hooker IPA and Temple Bräu, a lager from the Porterhouse. 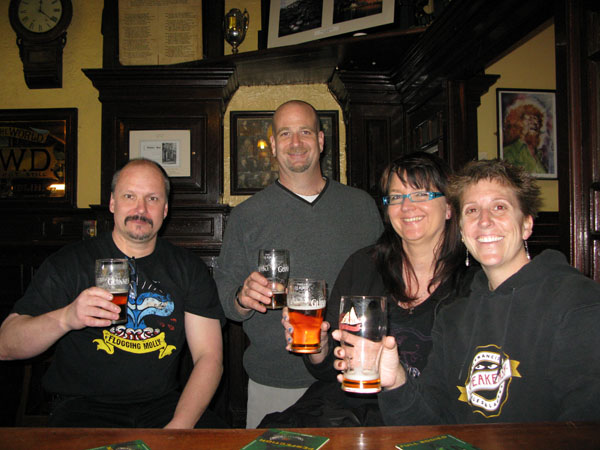 Ute and Wolfgang came over from Germany to meet us and they love Dublin as much as we do. Both Guinness drinkers, they surprised us and ordered Galway Hookers along with us. In the ten months since I last had the beer, I had forgotten how good it is. After a few rounds of beer and lots of catching up, we all moved on to the next pub.

At the Porterhouse we met our Irish friend John, better known as the Beer Nut. Not only a genuinely nice person, John is part of Irish Craft Brewers and a great resource on the Irish beer scene. 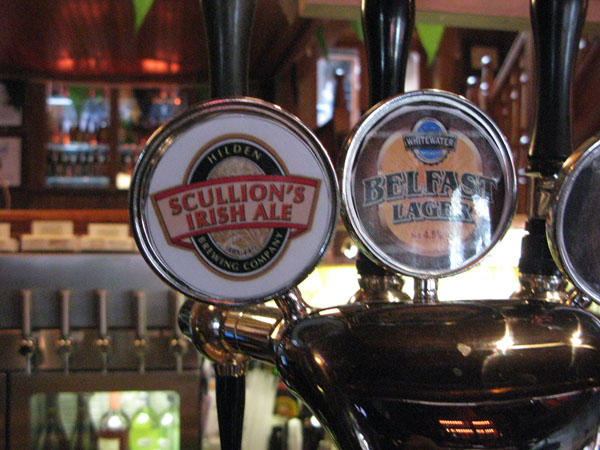 And, as if the Porterhouse knew about our theme, our time in Dublin coincided with their Independent Irish Beer & Whiskey Festival. Not only could we get Porterhouse beer, but also brews from the other Irish craft producers.

I was particularly excited because I had my favorite Porterhouse beer, Wrasslers XXXX, as well as, cask beers from the Northern Ireland brewery Hilden.  Merideth was pleased because Porterhouse brewed a Chocolate Truffle Stout, a beer she compared very favorably with Young’s Double Chocolate. 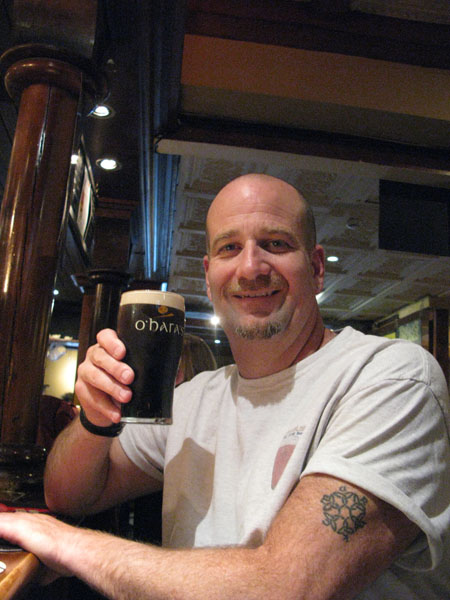 On our way to the hotel, we decided to take the scenic route and stop by the Bull & Castle to drop off some Russian River beer to the manager, Declan.

Declan was there. So, of course we ordered beers and started talking. One beer led to another and next thing we knew, it was time for us to be back at the Porterhouse. So much for showering… it’s overrated anyways.

At the Porterhouse, we met back up with John, other ICB members, and Ute and Wolfgang. While enjoying a few more beers, we watched Ireland score a late equalizer in their World Cup qualifier versus Italy. 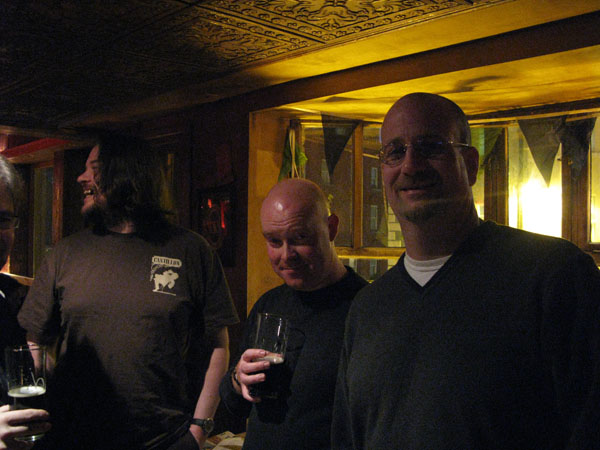 We finally made it to our hotel around 11pm, 12 hours after we had dropped off our bags. Tired from the jet lag and beer drinking, these are our favorite kind of days here in Europe… drinking with friends.