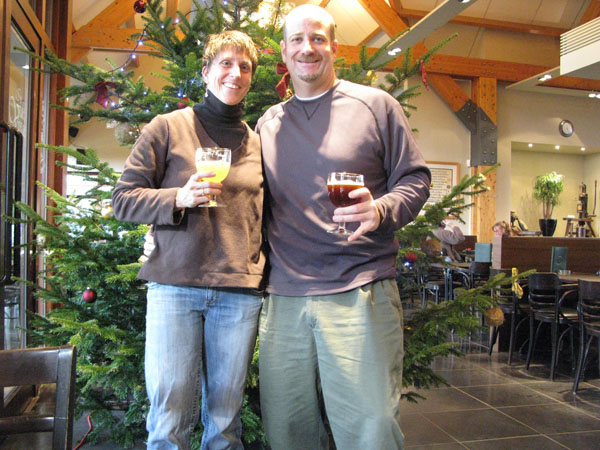 In 2008, we embarked on the beer adventure of a lifetime. After declaring it the “Year in Beer”, we spent the year going to a major beer event or destination each month. Several side trips also presented themselves early in the year. In all, we went on 15 adventures, including 10 destinations in the United States and 5 in Europe.

We chronicled our experiences on the website. Through travelogues and episodes of beergeek.TV, fellow beer geeks and travelers were able to experience the Year in Beer as it happened. Now that the Year in Beer is over, you can read the blogs and watch all the episodes back to back or choose the destinations that appeal to you most. 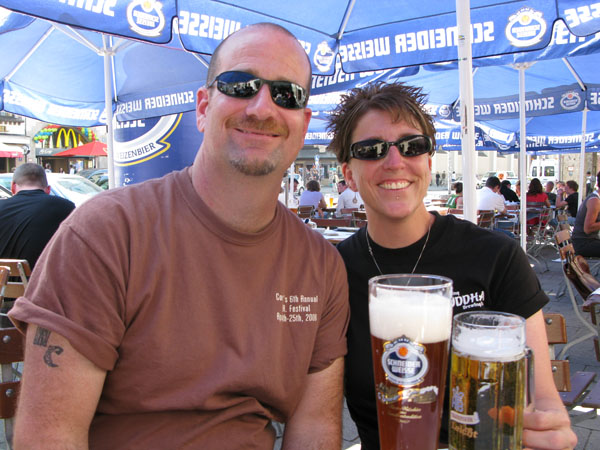 The theme of our travels is always “the world becomes smaller and friendlier through beer” and that message became the mantra of the Year in Beer. With beer as a catalyst, we met people from various states and other countries. The Year in Beer transformed us in ways we never imagined. We grew as people and gained a new worldview. We are definitely better for having embarked on this amazing adventure.

In May 2012, Merideth published Teachings from the Tap: Life Lessons from our Year in Beer. It’s a humorous look at a couple spending their 19th year of marriage living their beer dream. The book is available at beertrekkerpress.com and Amazon.com

The Year in Beer Summary