How long have you been a couple?
We were married in 1989 and we dated two years prior to that.

What is beer travel?
Visiting pubs, breweries, craft breweries and brewpubs is the essence of being a beer traveler. But it’s more than that. Beer travel is using beer as a conduit to meet interesting people, make new friends and experience other cultures.

How did you get into beer travel?
Merideth was working at a pub and wanted to be knowledgeable about the beer she was serving. We once saw a waitress give some totally erroneous information about beer and Merideth decided she never wanted to sound like an idiot.  We thought the best way to get to know the beer would be to go to the breweries themselves. We had no idea that it would turn into such a huge hobby! 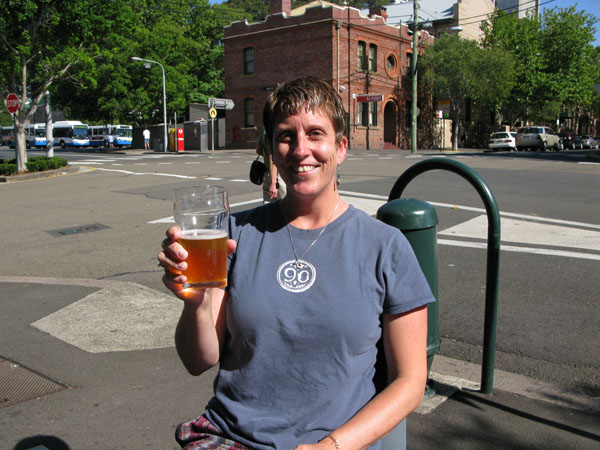 What is your favorite place you have visited?
We have many “favorites.” But, that’s just because there are so many cool places out there and it’s hard to choose. It kind of depends on the time of year. Munich is our favorite city and the biergartens are especially enjoyable during the warm weather in Spring and Summer. We also love the West of Ireland, where it’s great to drink an Irish craft beer in a pub during the cold, rainy months.

What is your favorite beer?
That’s a hard question for both of us. Chris pretty much likes all styles of beer and has many favorites. A self-professed “hophead,” Chris gravitates towards IPAs. Merideth’s taste also runs the gamut, from German style helles all the way to stouts and porters. She proudly calls herself a “lager girl.”

How did you come up with the Year in Beer?
Both of us love travel shows and it was originally conceived as a TV show. After hitting some dead ends with the TV stuff, we decided to do it anyway and write it as a book. We still dream of having our own travel show, but in the meantime, we have One Pint at a Time episodes.

How do you afford all the travel?
That’s a good question! Somehow it works out. So far, we have paid for all of our travel on our own, with no sponsors. We would welcome any assistance and we’re currently looking for sponsors with products and services that match well with our philosophy.

We don’t have children and we really don’t spend our money on anything other than beer stuff, but of course, our finances are not infinite. We also take advantage of frequent traveler perks. 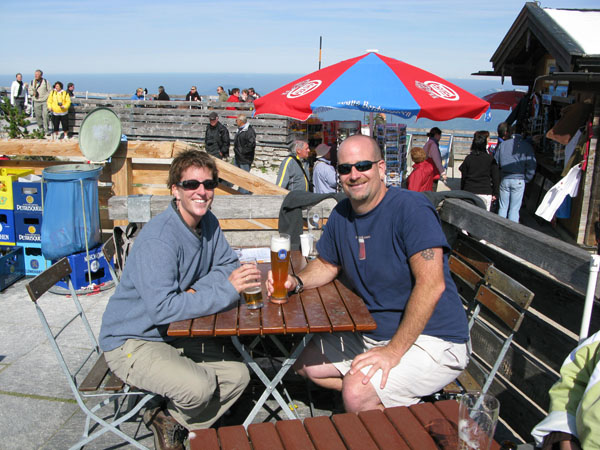 What do you do with the dogs when you’re gone?
We have a great house sitter who comes to stay at the house. She takes care of the dogs, as well as our two birds. Chris’s parents also help out by watching the dogs during the day. The dogs think of Chris’s parent’s house as the spa. At least that’s where we tell them they are going when we drop them off

With all the beer drinking, how do you avoid being over weight?
Well, it’s hard, but we try to work out regularly. We also like getting in as much physical activity as we can on our trips. It’s usually hiking or at the very least, walking everywhere we can.